Masked Kids Terrorize Subway: Let's go back to the very first subway video post of 2013, from January 2nd—a timely reminder that everything is terrible, children are monsters, this is why we can't have nice things, etc.

Gimp Suit: There's no better way to thank the MTA than with a...life-sized Pulp Fiction-esque Gimp Man suit...sitting at the Bedford Avenue stop...?

Pot Of Oatmeal: Because who has time for bowls anymore. 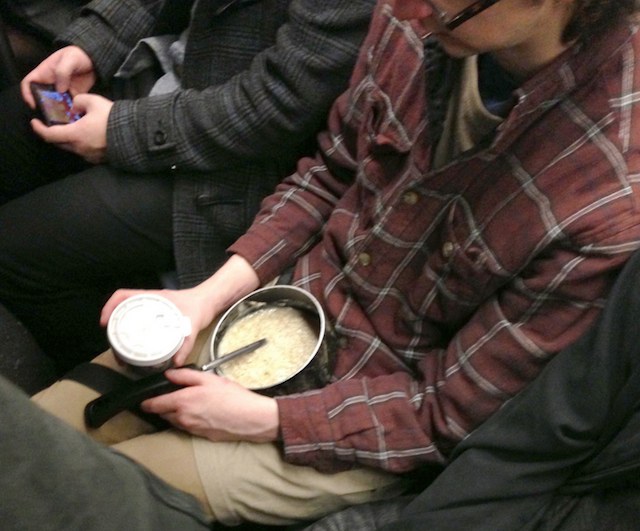 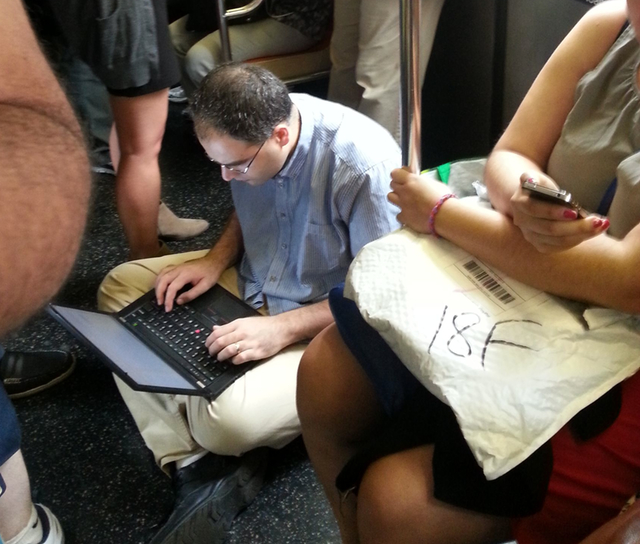 Subway Stair Humpers: This seems obvious, but don't try to do it on the stairs leading to and from the subway.

Waiting For The Subway On The Tracks: Young people are stupid sometimes. 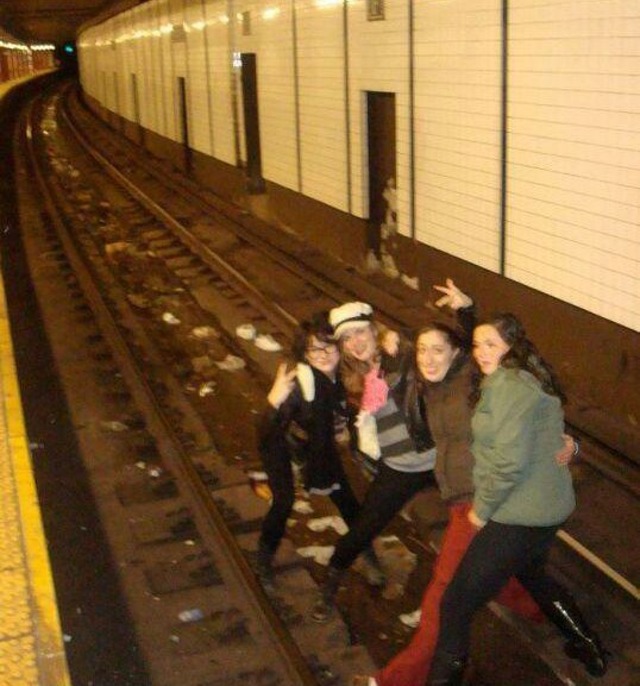 Twerking On The Tracks: No seriously, young people are really stupid sometimes.

Preppy Drunk Racist: Who could forget the drunken ramblings of our least favorite Lady Gaga aficionado?

Gay Man Stands Up To Homophobic Preacher: As we put it back in February, if you want to feel good about New York, there are worse things you could do than to watch the below clip.

Subway Pole Butt: What happens to a defenseless subway pole when it is consumed by an ample posterior? 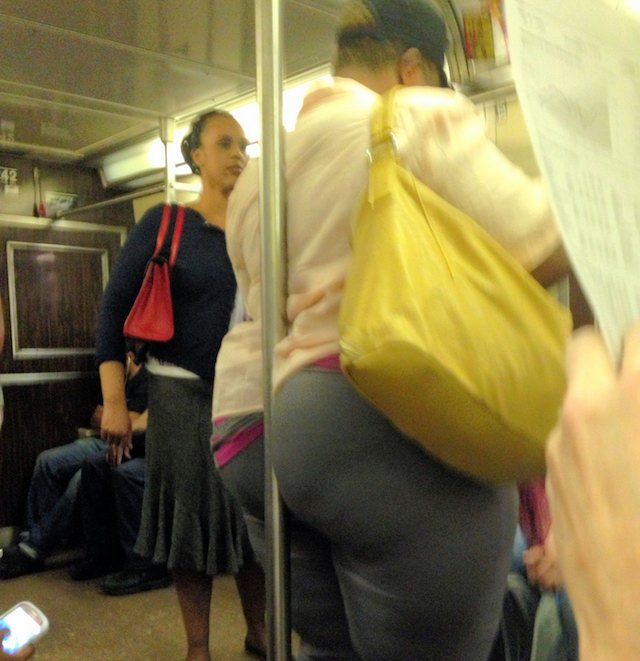 A Reminder Why You Should Care About Sagging Pants: This is why. 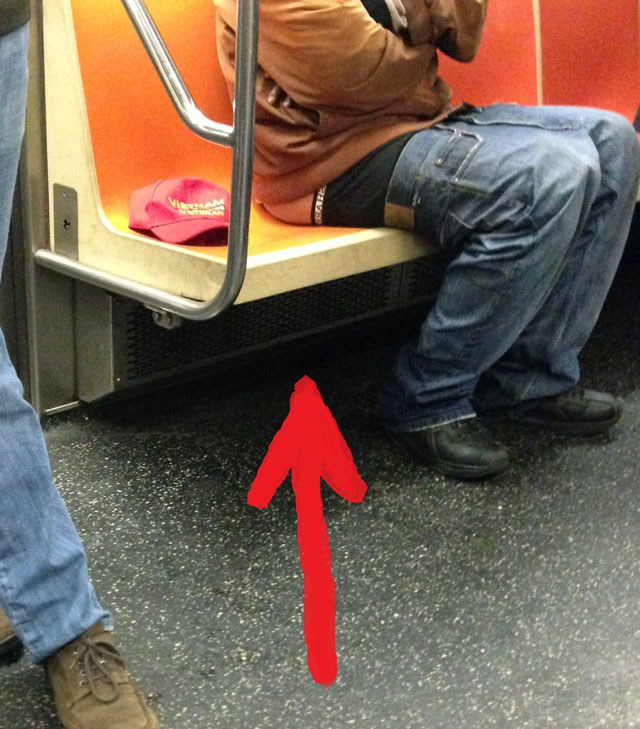 The Worst Subway Photo Of The Year: If you haven't already reconsidered sitting on the subway thanks to the last photo, then this one might do the trick. 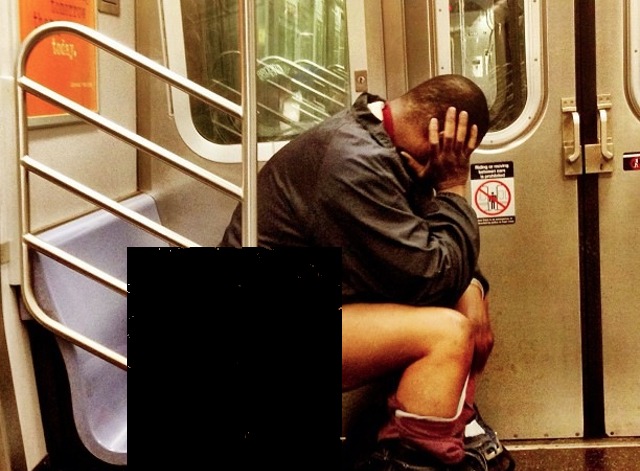 Halloween Costumes: NYers brought out some pretty inventive and impressive costumes for Halloween. 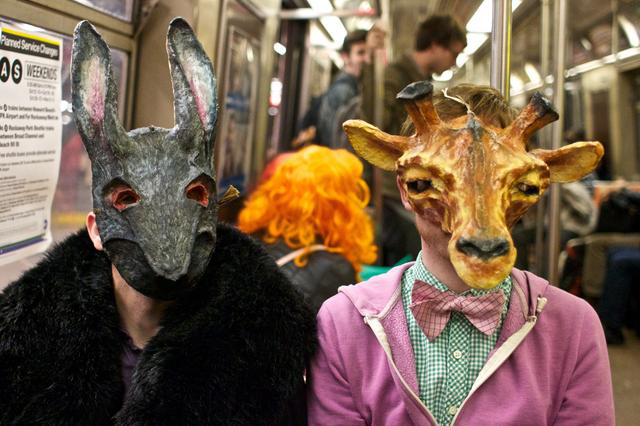 Ghostbuster: But it was definitely not Halloween when we spotted this man who is very serious about his Ghostbusters cosplay. 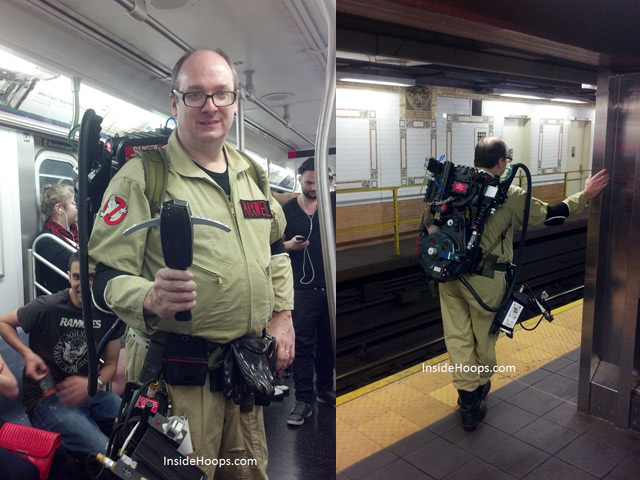 Bare Feet: We've touched on this before, but what the hell is up with people taking off their shoes (and their socks!) on the subway? Also bad: throwing your shoes on the seat. 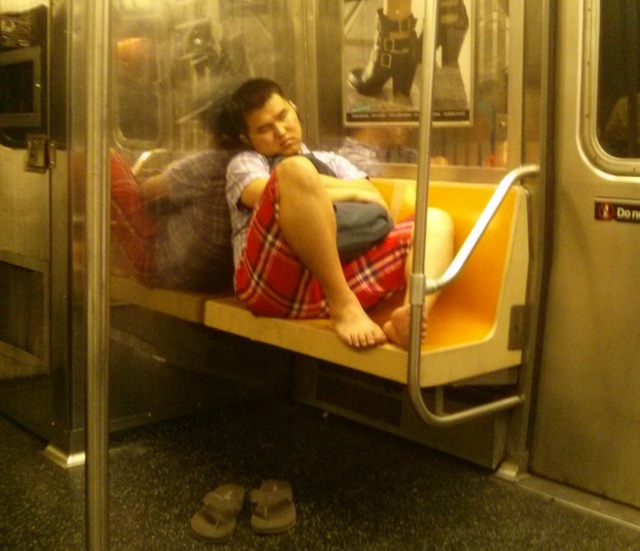 Passionately Singing And Dancing: We are fully in favor of people passionately belting out a song, especially if it's "Thriller." Dancing is also appreciated when you are as good as the guys in the video below.

Bohemian Rhapsody Drunk: Did you know that Swedish Chef is a fan of Queen?

And finally, Butt Bongos: This is just life-affirming.