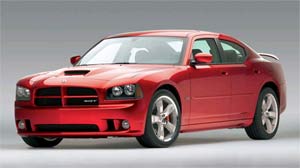 A 17-year-old who was given a 2007 Dodge Charger SRT8 as a starting-college gift was driving in Queens when the car hit a guard rail, "became airborne for 100 feet," and finally hit a concrete pillar. Two passengers, 18-year-olds Devindra Harilal and Christopher Karan, were killed.

Police believe driver Sansay Misir was speeding at 50MPH while trying to make a sharp turn on the Van Wyck Expressway. The car also flipped over - there's a grisly photo at the Daily News - and Misir, as well as two other passengers, were injured (one, Romando Sahid, was in critical condition). All were friends from South Ozone Park.

The Daily News reports that Misir had a suspended junior license, after two traffic violations. Family say that the teens were going to a movie, but another relative said they were going to watch a drag race.