Of all the sickening details to emerge in the wake of the fatal stabbing of a 14-year-old boy outside a Bronx school on Wednesday, perhaps the most upsetting of all comes near the end of the NY Times' well-reported followup: "As of Thursday evening, city officials said, no one had claimed the boy's body from the morgue."

The story that's emerging about former friends Timothy Crump and his 14-year-old murderer, Noel Estevez, brings into focus the tragic intersection of two troubled lives. In the days before his murder, Crump had been staying in a homeless shelter, and ABC 7 reports that he had been expelled from school in December for punching another student, but was often seen hanging out near the building.

According to Estevez's neighbors and relatives, Crump and his friends tormented Estevez, making fun of his speech impediment, calling his mother a whore, and urinating repeatedly on his apartment door. "They would move their bowels in front of the door, try and set the door on fire," says Marisol Perez, a neighbor and close family friend. Police were called multiple times in regards to the harassment, according to Perez, but the NYPD has no records of the calls and no arrests were made. 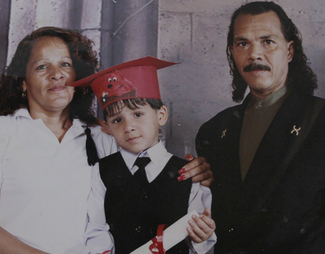 "Here's a child being threatened," Estevez's attorney Eric Poulos says. "People coming to his door, continually, saying we're going to kill you. You're dead. They were after him for three months. They couldn't find him because he stayed behind closed doors. He came out of closed doors, and they sicced on him."

At the end of last month, Estevez tried to hang himself in his bedroom and was taken to Bronx-Lebanon Hospital Center, where, according to Perez, he was diagnosed with depression, bipolar disorder and cyclothymia, also a mood disorder. He was prescribed medication, Risperdal, and on Wednesday he returned to school after a long absence.

Making matters worse, Estevez's mother was arrested, along with Perez, on June 11th for allegedly trying to sell drugs to an undercover police officer. The Post also has this:

The trouble began in March, when Timothy loaned Noel a cellphone. The boys had been good friends, but that changed when Timothy asked for the phone back and Noel had to admit his mom had found it and thrown it down a garbage chute, law-enforcement sources said.

The sources said the woman, who is currently incarcerated, had feared police could track her through the phone. Enraged at the loss, Timothy and his crew began targeting Noel, the sources said. “It was constant bullying for three months,” said family friend Milagros Arroyo, 25. “That’s what drove him to this.”

Estevez was so fearful of Crump and his friends that he had not attended school in three months, and Perez tells the Times that on Tuesday his father, who sells ice cream out of a street cart, visited the principal at Intermediate School 117, asking for a “safety transfer." But with only a few days left in the school year, the request was denied; Perez said the principal asked Estevez's father to identify his tormentors and promised protection.

“[Estevez] told his father, ‘I don’t want to go to school, because they are going to kill me," Perez tells the Post. When classes ended at 3 p.m., Crump was waiting outside. "Yesterday was his first day back [in school]," Poulos said in court yesterday. "They didn't even give him a chance to breathe. They went after him right away like a pack of wolves."

Witnesses say Crump punched Estevez repeatedly in the face and, when he was down, kicked him in the ribs. Another police source tells the Post, "The victim was definitely the aggressor." An excerpt of Estevez's confession reads, "The kid kept hitting me with his fists, so I pulled a knife and stabbed him four or five times." 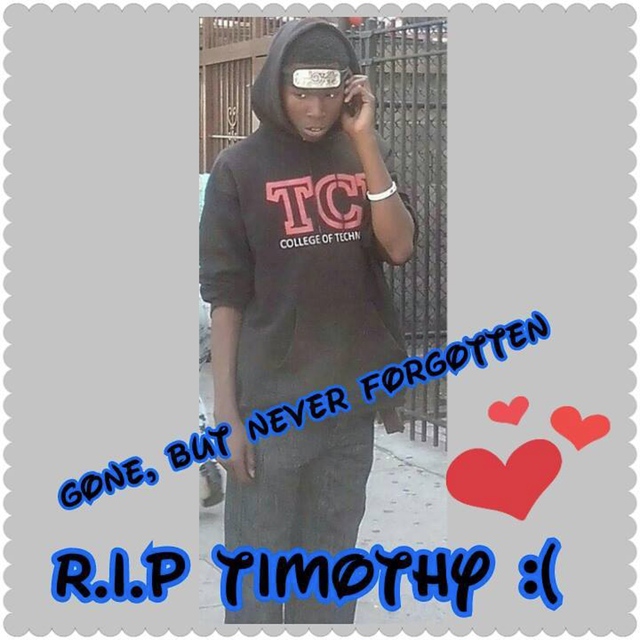 "He was being assaulted and defended himself," Poulos argued in court yesterday. "He's got a right to defend himself from bodily attack. Someone is a bully, does things as a bully — sometimes that comes back. This is incredibly tragic, but sometimes the person who takes up the sword will have those actions sometimes come back to haunt them."

Estevez was ordered held without bail. His father did not attend the hearing.

#noel estevez
#stabbing
#the bronx
#timothy crump
Do you know the scoop? Comment below or Send us a Tip