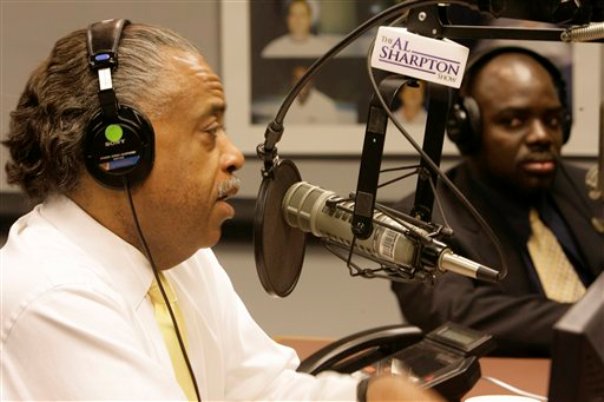 On August 9, 1997, a 30-year-old Haitian immigrant taken into police custody (and eventually found innocent) was beaten and sodomized with a broken broomstick by police officers at the 70th Precinct in Brooklyn. Today, Abner Louima is back in New York and is attending an event at the Reverend Al Sharpton's The National Action Network tonight. From the National Action Network:

ABNER LOUIMA AND REV. AL SHARPTON, ALONG WITH OTHER VICTIMS OF POLICE BRUTALITY, TO COMMEMORATE THE TENTH ANNIVERSARY OF LOUIMA'S ATTACK

REV. SHARPTON TO APPRAISE RUDI GIULIANI AT TENTH ANNIVERSARY RALLY & DISCUSS THE STATE OF POLICE BRUTALITY TODAY IN LIGHT OF GIULIANI'S FRONTRUNNER STATUS ON THE REPUBLICAN TICKET BY ANALYZING WHAT THE NATION MIGHT FACE IF GIULIANI IS ELECTED PRESIDENT AND OVER THE JUSTICE DEPARTMENT

Other attendees include Joseph Guzman and Trent Benefield, who survived being shot by police officers last fall (their friend Sean Bell did not survive) .

Louima's harrowing experience, which left him a perforated colon, damaged bladder, and broken teeth, was the first of many high-profile cases of police brutality during a period when the city touted its dropping crime. The Daily News has reprinted the columns by Mike McAlary, who broke the story after an anonymous cop left him a tip. McAlary, who died of colon cancer in 1998, received a Pulitzer Prize for the story.

The News' Errol Louis also has a column about the incident today, and Newsday spoke to Louima who said, "Maybe God figured I was the one to make it public. God wanted me to suffer, he had a plan for me." The main aggressor in the attack, officer Justin Volpe, was sentenced to 30 years in prison, and he said earlier this week, "We are men, humans, who gave in to our dark side — but in the end just men." Officer Charles Schwarz served five years for his role in the incident.

Photograph of Reverend Sharpton and Louima, during a taping of Sharpton's radio show today, by Mary Altaffer/AP