A touching scene unfolded in Mount Sinai Harbor last night: The Suffolk County Police Marine Bureau helped free a 1,000-pound endangered sea turtle that was trapped! Patch reports, "Marine Bureau Police Officers David Goldstein and Matthew Funaro received information from a boat via the VHF radio that a very large sea turtle was entangled in the lines of several lobster pots at 8:40 p.m Monday. The officers received this message while on routine patrol in the Long Island Sound."

Apparently the turtle was having trouble breathing when officers arrived ten minutes later. They freed one flipper, but needed more help from the Riverhead Foundation to free the Leatherback sea turtle. The entire operation took three hours! 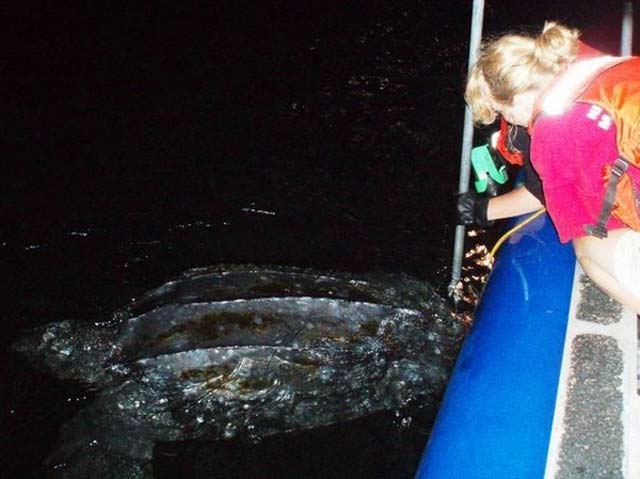 Further, the authorities say the turtle, which is on the endangered list, is a female of breeding age. The turtle appeared to be calm when it swam away without trouble. Fingers crossed she doesn't run into any more lobster pot lines!