Today is World AIDS Day, and while there are many events planned around the city, there is currently a 24-hour vigil at City Hall, with volunteers reading of the names of people who had been lost to HIV or AIDS at City Hall. And just now, during Mayor Bloomberg annual breakfast at Gracie Mansion in honor World AIDS Day, 10 Housing Works activists were arrested for protesting outside.

According to Housing Works, the protesters, who chanted, "People with AIDS under attack, what do we do? Act up, fight back!" were there "to expose the hypocrisy" of the breakfast. HW President and CEO Charles King said, "Another World AIDS Day breakfast, another year of Bloomberg failing to address the needs of people living with HIV and AIDS. We will not come here every December 1 and pretend that the Mayor cares about the well-being of New Yorkers living with HIV and AIDS until he proves it with his budget and his policies." 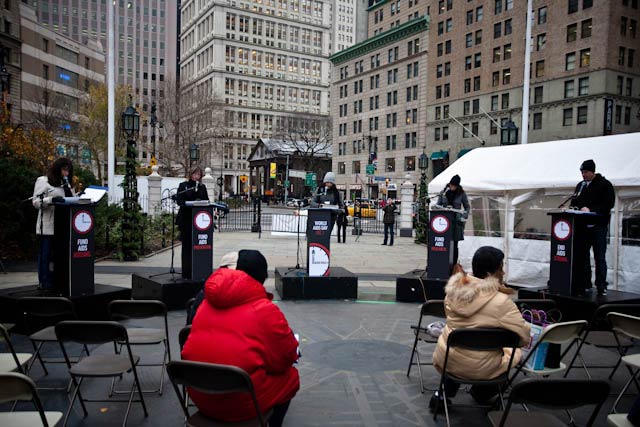