Young Women in Cities: You're Gonna Make It After All 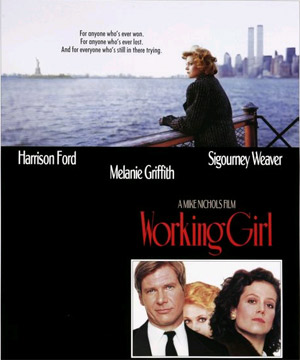 Ladies, it's time to throw your hat in the air a la Mary Tyler Moore: It turns out that young women are earning more than young men in cities like New York, Chicago, Boston, Dallas and Los Angeles.

Apparently women between 21 and 30, of all income levels, are earning 117% of men's wages, according to analysis by Queens College demographer Andrew Beveridge for Gotham Gazette. The latest census data shows that women in their 20s are making a median wage of $35,653, while the median for men is $30,560. The NY Times reports:

In 2005, 53 percent of women in their 20s working in New York were college graduates, compared with only 38 percent of men of that age. And many of those women are not marrying right after college, leaving them freer to focus on building careers, experts said.

“Citified college-women are more likely to be nonmarried and childless, compared with their suburban sisters, so they can and do devote themselves to their careers,” said Andrew Hacker, a Queens College sociologist and the author of “Mismatch: The Growing Gulf Between Men and Women.”

However, it's unclear whether the trend holds out when women become older, as they may hit the glass ceiling or take time off to raise families. And then there are industries where women are in the minority, like finance. And there's bad news for men: Real wages for males have been moving backwards, when adjusted for inflation.

You can read a March 2007 article by Beveridge that has more details about incomes of men and women, with different age breaks and marital status, at Gotham Gazette. And the NY Times article also addresses that other question, when you think about the number of single women in New York. Professer Hacker said, "When New York college women say there are few eligible men around, they’re right if they mean they’ll only settle for someone with an education akin to their own."