Why You Should Go to Copenhagen Instead of Berlin

It seems like New Yorkers are Berlin-mad these days, adopting the European hipster capital as their across-the-ocean counterpart. But for slightly more adventurous travelers who don't need yet another American-in-front-of-Checkpoint-Charlie selfie in their repertoire, the nearby city of Copenhagen offers culture, food, and plenty of beer—but minus all the drunk gap year kids and techno music.

Like Berlin, Copenhagen is relatively small and walkable for a European capital. It's also extremely safe for solo female travelers, clean, and full of friendly Danes who often speak perfect English. It’s also much less expensive than its Scandinavian counterparts Stockholm and Oslo. 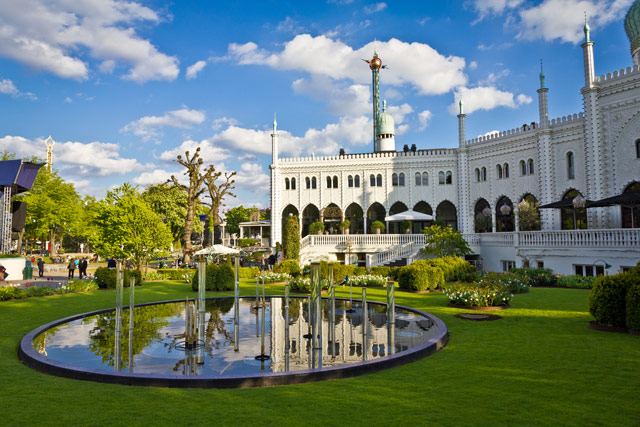 If you only have a few days, you're in luck, as many of Copenhagen's most famous and beautiful sites are quite near each other. Begin at Radhuspladsen, the Town Hall Square near the center of the city. There are daily free English-language tours that leave from here at 11 a.m. and 1 p.m. (don't forget to tip your guides!), or you can simply choose this square as the launchpad of your own solo explorations.

Just across the street is probably Copenhagen's best-loved attraction, Tivoli Gardens. Though it might sound like it's for kids, this gorgeous theme park offers way more than just Ferris Wheel rides—think snacks, fountains, and beautifully maintained gardens. 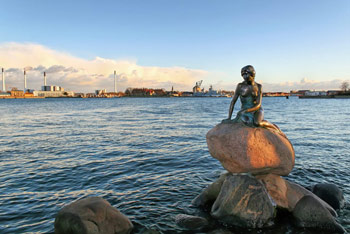 About fifteen minutes' walk north of Radhusplasen—more like twelve minutes for you, intrepid New Yorker—is Amalienborg Palace, the official residence of the Danish royal family (fun fact: their future queen is an Aussie, so there's still hope for those aspiring Kate Middletons). Try to get there by noon, so that you can watch the famous changing of the guard. Then head over to Strøget, Copenhagen's main shopping street, for knitwear, Bang & Olufsen headphones, and other Danish design marvels.

If you want to see the iconic Little Mermaid (Der Villen Havfrue), you'll have to walk another half hour or so to get to the underwhelming sculpture, but the good news is that the walk takes you through the beautiful star-shaped Kastellet park and the Gefion fountain, which depicts the badass Norse goddess Gefjun.

For an experience that you can't yet get in New York City—or in Berlin, for that matter—make sure to visit Freetown Christiana, an independent town inside of Copenhagen that isn't subject to most Danish laws. 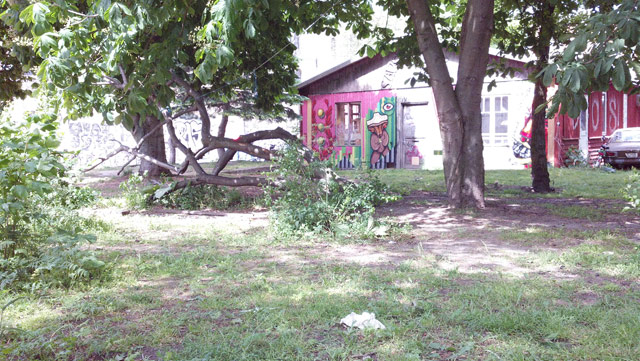 A house in Christiana (Lilit Marcus)

The "now leaving the European Union" sign at the front entrance should tip you off to the fact that this place isn't going to be offering up Medieval masterworks. Instead, you'll find Pusher Street, the famous section where pot—and the occasional other drug—is on offer, and you can sit and enjoy your purchases right there in public. That said, if you attempt to bring these souvenirs home with you to America, you have only yourself to blame.

While both Copenhagen and Berlin offer interesting, history-filled day trips outside of the city, Copenhagen is the only one whose day trip involves VIKINGS. That's right: Vikings. 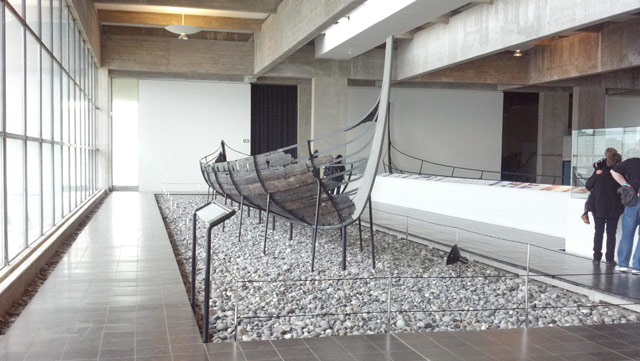 Inside the Viking Museum (Lilit Marcus)

Just a half hour train ride outside of the city, the town of Roskilde-whose name you might recognize because of the annual music festival there—offers a Viking Museum that also happens to be on the edge of a gorgeous fjord, which you can sign up to take a boat tour around. Did we mention it's a Viking boat? VIKINGS. Roskilde also boasts the UNESCO World Heritage-listed Roskilde Domkirke, a huge wooden cathedral where the kings and queens of Denmark are laid to rest. 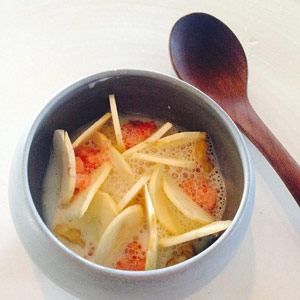 A dish at Noma (Lilly L/Foursquare)

And then there's the food. Unlike Berlin's heavy, non-vegetarian-friendly schnitzels and currywursts, Danish food features healthy-but-hearty salads and open face sandwiches on thick brown bread. Those sandwiches, known as smørrebrød, are the unofficial Danish national dish, and popular toppings include smoked fish, pickled vegetables, onions, potatoes, and cheeses like Havarti and Danish Blue.

Copenhagen is also home to the current winner of Greatest Restaurant in the World, Noma. If you want to nosh on the smoked pickled duck's egg or the "Nordic coconut," you'll need to make reservations at least six months in advance. The good news is that Noma accepts online reservations through its English-language website.

If you find yourself longing for Copenhagen after you get home, there are some ways to get your fix that don’t involve paying for another plane ticket. Danish TV is a hot ticket these days, so see if you can get your hands on English-subtitled versions of Borgen, a hot political drama about a fictional Danish female prime minister, and Broen (The Bridge), a murder mystery about a killing that takes place on the Øresund Bridge that connects Denmark and Sweden. You can also get your smørrebrød fix at Aamans Copenhagen in Tribeca.

Lilit Marcus is a New York City-based writer and tea addict. Her first book, Save the Assistants, was published by Hyperion. You can also look for her work in the Wall Street Journal, Teen Vogue, and The Forward. Her sister says she dresses like a librarian. You can find her on Twitter @lilitmarcus

#copenhagen
#gothamist getaways
Do you know the scoop? Comment below or Send us a Tip