Fashion, music and high theatricality blow into the Windy City this fall as "David Bowie is" arrives at the Museum of Contemporary Art (September 23 - January 4, 2015). "Bowie's peerless understanding of the importance of image cultivation and reinvention make him a comfortable fit with others in the MCA Collection and exhibition history, such as Cindy Sherman and Andy Warhol," says Chief Curator Michael Darling. "Similar to many artists working today, he has never limited himself to one area of cultural production."

The show was a blockbuster at London's Victoria & Albert Museum last year, and this is the first international exhibit of the performer's work and a multi-sensory experience that promises to immerse visitors in Bowie's creative process, showcasing more than 300 objects that include original costumes, photography, album artwork and more. While the exhibit capture Bowie's early life in post-World War II Britain and early recording career, many will gravitate toward his famous Ziggy Stardust phase—the alter ego he created in 1972.

Inspired by Bowie's constant innovation and re-invention, the exhibit, which incorporates new Sennheiser audio technology. Forget having to identify an code to enter in some clunky listening device—museum visitors will be outfitted with Sennheiser headphones that will tap into 25 different "display zones," which will rely on geo-location technology to broadcast a 3D immersive sound simulation experience.

"The David Bowie Variety Hour" will kick off the exhibit September 26 and 27, featuring an eclectic combination of Chicago performing artists in a Bowie-inspired hodgepodge that includes queer art band Baathhaus, Boom Crack! dance company, burlesque dancers and more. The seven-city exhibition tour (which will move to the Philharmonie de Paris next spring) concludes with towering video footage from concert tours, enabling the viewer to be fully immersed in the Bowie experience.

Post-exhibit, head to Dusek's Board & Beer, Punch House and Thalia Hall. The three-in-one venue pays homage to the original builder, John Dusek, who commissioned the structure in 1892. Reestablished in 2013, the historic building now features Dusek's Board & Beer with a menu by Michelin-starred chef Jared Wentworth and beer list curated by Cicerone Will Duncan. The bohemian vibe has neighborhood spirit with an elevated approach to the menu. Try the choucroute. 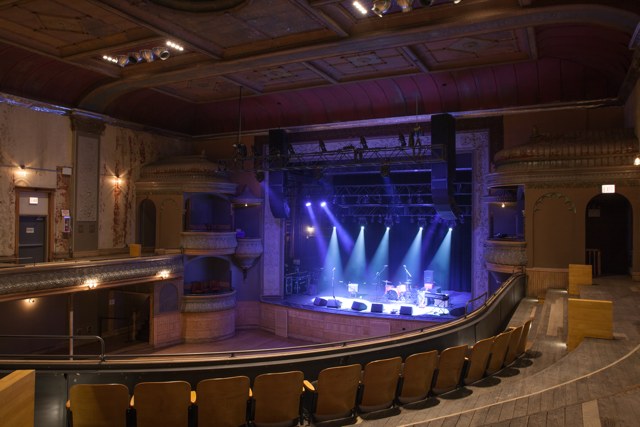 To complete your rock star stay, settle into Chicago's Hard Rock Hotel. Fear not—the brand is a far cry from the kitsch-heavy restaurant chain. The property (a stunning 40-story Art Deco building designed by Daniel Burnham) is only steps from the Magnificent Mile, but it's what is in the rooms that will make you feel like you're ready for your Grammy selfie.

Upon check-in, be sure to request the delivery of a world-class Fender guitar to your room (free of charge), complete with Mustang floor amp and a pair of Nixon headphones to keep your jamming under wraps. Choose from Telecasters, Stratocasters, a Reggie Hamilton Standard Jazz Bass or even left-handed models. If your jam session wears thin, you can also request Traktor Kontrol digital DJ equipment and follow along DJ Shiftee on one of the hotel's access channels for a quick tutorial. 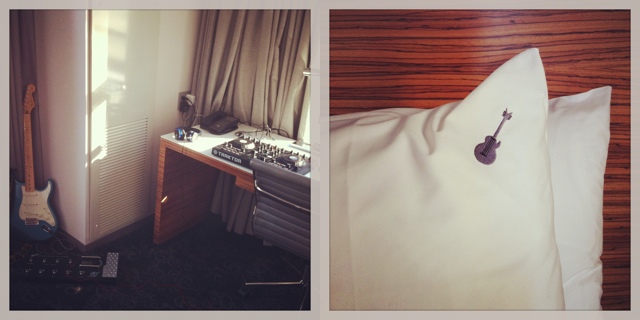 For the ultimate Chicago rockin' weekend, book the Angels & Kings Suite and invite 20 of your favorite strangers for an all-nighter in the two-bedroom suite that features a custom bar and dining table, 55-inch plasma TV, Specimen products audio system and artwork from Fallout Boy bassist Pete Wentz's personal collection. Your head my never hit the crisp, white sheets embroidered with the Hard Rock's insignia, but when it does, you'll be dreaming of Ziggy Stardust.