What To Do With 10 Hours in Reykjavík, Iceland 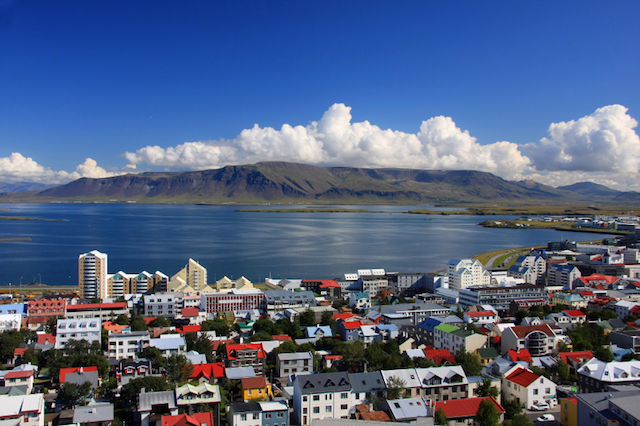 On a recent long-haul journey from the U.S. to Australia, I stopped over in London—and to snag the cheap fare from JFK to LHR, it involved an extra ten hour layover in Iceland. The island's national airline actually encourages passengers to take a quick Icelandic sojourn for no extra cost, but lacking the time to make a real mini-holiday of it, I settled for a lightning-fast peek at one of the most beautiful parts of northern Europe.

I had zero things planned out for Reykjavík when I landed at Keflavík International. The only thing I'd booked in advance was the Reykjavík Excursions Flybus to BSÍ Bus Terminal—unless you're down for a pricey cab fare, the bus is the best way to get to the capital. From a map, it looked like the terminal was pretty central, and I'd be able to explore Iceland's capital on foot. 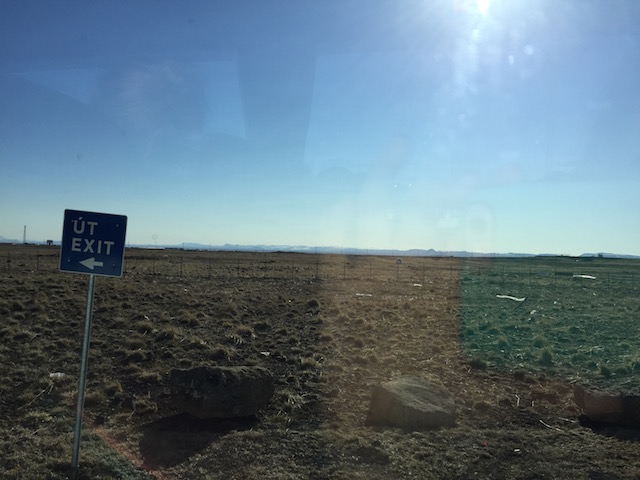 The road from Keflavík to Reykjavík (Jessica Warriner/Gothamist)

As the bus exited the airport parking lot, the terrain around us looked like the surface of another planet. Wired on coffee, red-eyed and achy from my late-night flight, I peered out the window in wonder, squinting into the distance at striking blue sea on my left and snowy mountain peaks on the right. Nice work, Iceland. But as the Flybus pulled into the BSÍ Terminal 45 minutes later, I wondered if I'd slightly misjudged the whole "sure, it'll be near everything" thing. The terminal seemed like the only building in sight. In my tired stupor, I wondered whether I'd have to spend the next six hours traipsing around the tiny space, ordering coffee after coffee and oddly-overpriced Icelandic nosh while perusing mountain pony merchandise.

Common sense kicked in, and one map and free wifi later, I was out of the terminal and its charming but limited shops, wandering along a highway, up a Reykjavík street, and stumbled across the Hallgrímskirkja church tower. Perched up on a hill, it's the most noticeable landmark in the capital—at 244 feet high, you can spot it from almost anywhere in the city. State architect Guðjón Samuel was said to have been inspired by Iceland's basalt lava flows when he was designing the striking building, which took 38 years to complete construction. Step inside Hallgrímskirkja to check out the neat interior and wind your way up the tower (entry is 600 ISK for adults, or about $4.50 USD). 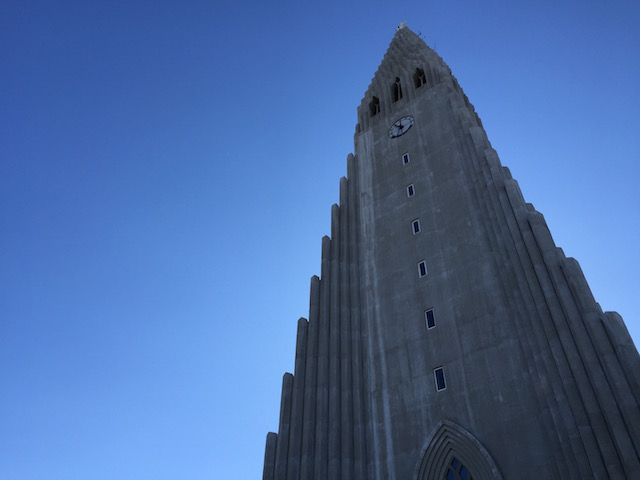 When you're ready for another coffee or a bite to eat, hop across the road to the perfectly-positioned tourist fly trap, Cafe Loki. Try out some local delicacies—a homemade rye bread sandwich with Plokkfiskur (mashed fish) is just one of the snacks on offer, or go all out with one of their Icelandic plates, featuring sheep-head jelly, beansalad and turnip. While I was there, one couple was being introduced to the delights of fermented shark personally by the owner, who warned them it definitely may not be to their taste. Dive in, or maybe play it safe if you know you're heading out on a flight in just a few hours. 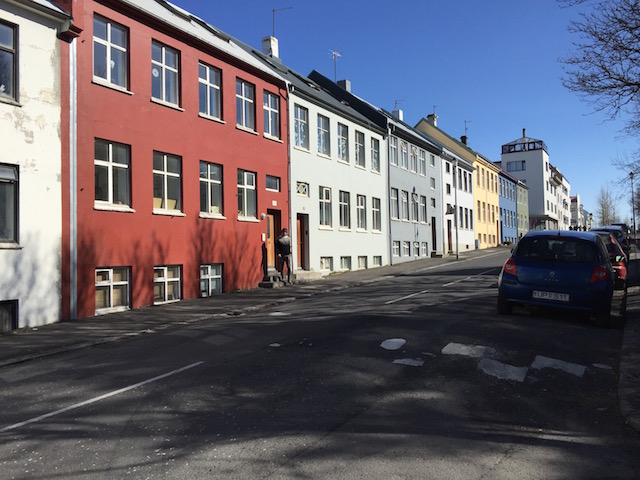 Every shot you take of the streets of Reykjavík is Instagram-worthy. From the colorful townhouses to the idyllic scenery and vivid street art, every second feels like you're walking through a Wes Anderson film. Wander down the other side of the hill Hallgrímskirkja sits on, and you'll hit Laugavegur, the main shopping precinct of Reykjavík. Pick up some new threads from local boutiques, scope out a souvenir or two and stop for a drink in one of the bars—Kaldi Bar is a hit with locals and offers a range of beers from their microbrewery in the north of the country (plus a piano if you feel the need to tap out a tune). 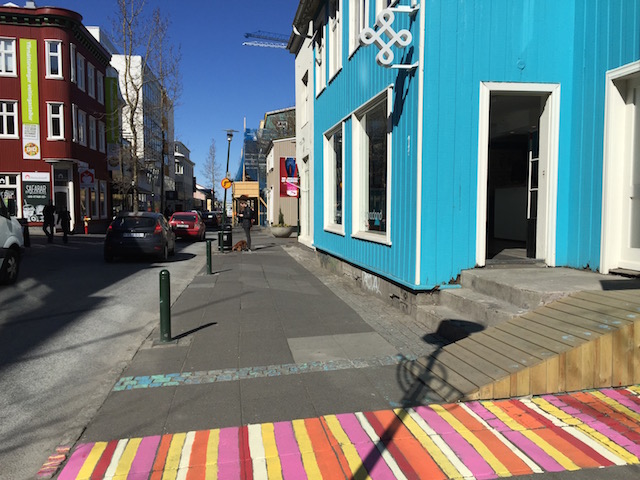 There's a smattering of museums across the capital to check out while you're in town—the Reykjavík Art Museum has three outposts to choose between (a 1400 ISK, about $10.50 USD, ticket will set you up with a day pass for all of them), or if you're keen to learn about the history of Iceland, the National Museum of Iceland is tucked in next to the university. It's also right near a park, Hljómskálagarður, for those looking to get a dose of nature (and stroll by the lake) before jumping back on a plane.

If you're not down for wandering the streets of Reykjavík during your dawn-to-dusk layover, the airport bus company also runs return trips to Blue Lagoon, home of the famous Icelandic geothermal spa. Entry is limited to the Lagoon itself, so make sure you pre-book your ticket there—you can bundle it together with your bus ticket, or the official spa website offers a range of passes. 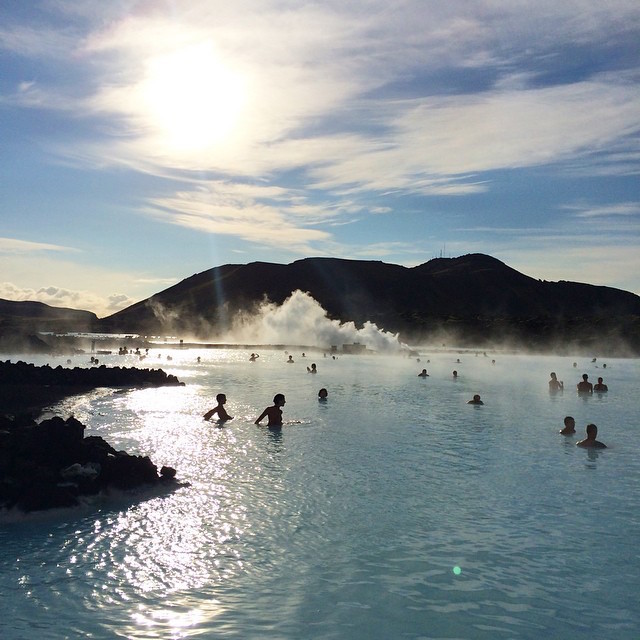 After running around Iceland's capital for half a day, it was time to get back on the bus to Keflavík International. As I sat on my next plane to London, eating a USD $16 sandwich from the airport and flicking through pictures of the aforementioned "it looks like another planet" bus ride over the Iceland plains, I was already making plans to come back, this time with a longer layover.