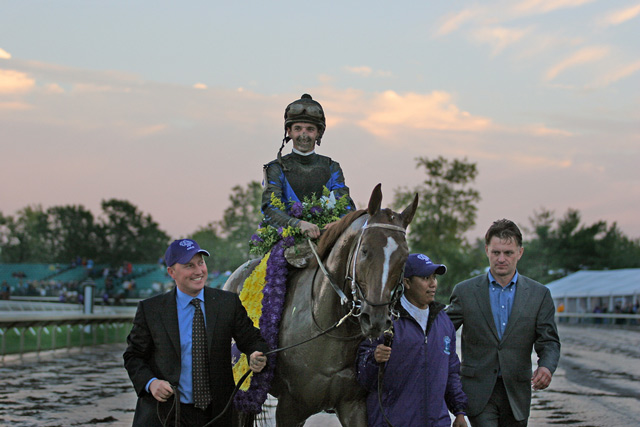 Three-year-old Curlin, jockeyed by Robby Albarado, won the $5 million Breeders' Cup Classic yesterday after finishing the 1 1/4 mile race with a home stretch run that ended with a 4 1/2 length victory. Curlin set the track record for the distance at Monmouth Park, despite conditions that were left sloppy after days of rain. It was an exciting race, with Curlin even with Street Sense coming out of the final turn--both chasing front runner Hard Spun. Unfortunately, a great race was marred by tragedy. Irish import George Washington, who was a turf runner competing on dirt for only the second time, severely broke a bone in his right front leg. It was necessary to euthanize the animal on the track.

Raymond Haddad was at the track Friday and Saturday and captured some great pictures of the races that can be seen here. More photos after the jump. 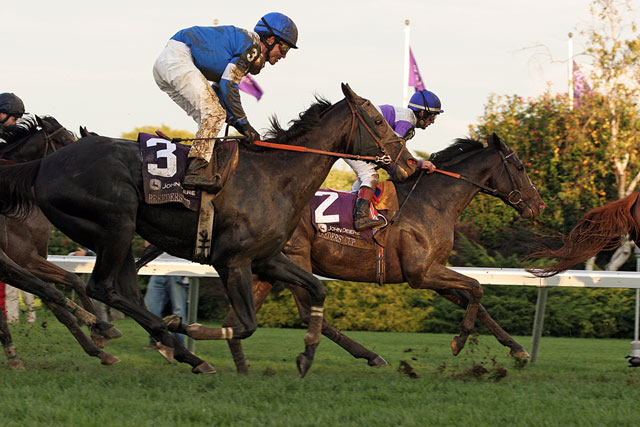 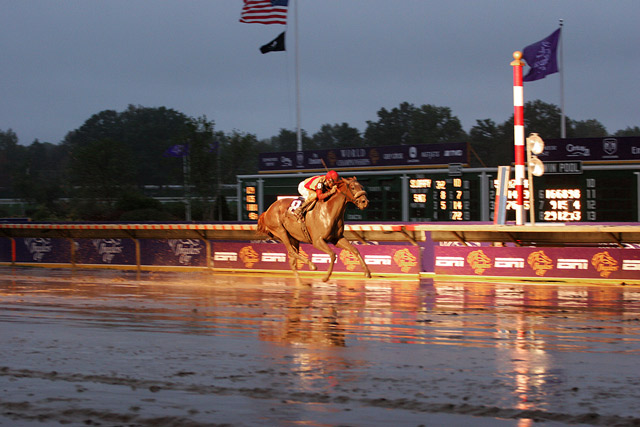 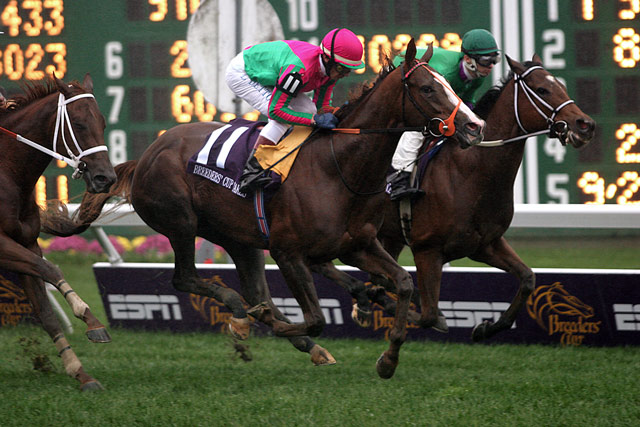 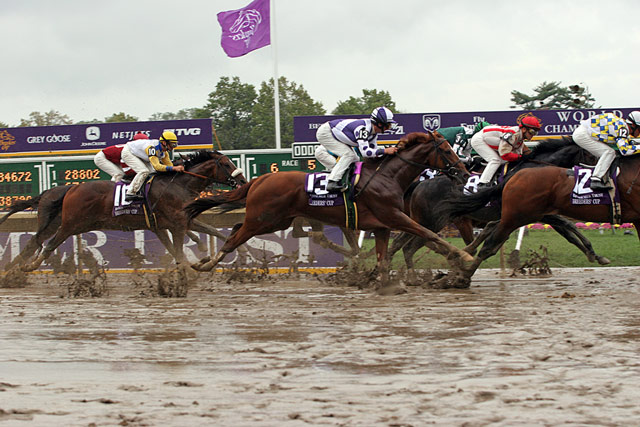