Time For Music City: Plan A Long Weekend In Nashville

With July and August weather behind it, Nashville is perfect for a quick trip during the fall months. And it's more than cowboy boots and country music!

Nashville is the heart of the country music scene, but musicians of all genres either hail from (Young Buck, Kesha) or gravitate to the city (Sheryl Crow, Jack White). Lately, it's been attracting more, young visitors looking for the next Austin or fans of Nashville.

With daytime temperatures in the 70s and 80s in September and October, these months are a great time of year for some of the city's most fun events, like the Celebration of Cultures in Centennial Park, the Biscuits and Bluegrass Festival at Loveless Café, and Wine on the River on the Shelby Street Pedestrian Bridge.

HOW LONG TO STAY A four-day weekend is enough time for New Yorkers to get a taste of the city... and leave you wanting more.

GETTING THERE AND AROUND There are multiple flights to Nashville from all of the New York area airports every day. Flights with one stop typically cost around $260-$300 and travel time will be anywhere from 3 ½ - 5 hours. A direct flight out of LGA will cost about $350 and will only take 2 ½ hours!

Upon arrival in Nashville, you'll want to secure a rental car. Although certain areas are walkable, everything mentioned within this Trip Pick is pretty spread out, so it's best to rent a car and drive. 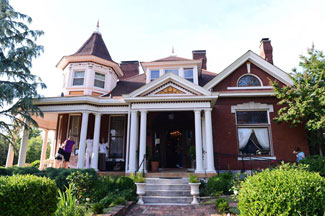 Top O'Woodland
WHERE TO STAY

The grand Hermitage Hotel is the fancy, establishment hotel with good reason: It's a AAA Five Diamond establishment. Eco-conscious downtown boutique hotel, The Hutton has espresso machine on every floor, free WiFi, a wine hour in the lobby daily from 5-6 p.m., and a fabulous bar and restaurant on site.

The Union Station Hotel, also downtown, is in an converted rail station, and a lot of old details, like a 65-foot, barrel-vaulted lobby ceiling with gold-leaf medallions and original stained glass, were preserved. Over in the Gulch neighborhood, is the sleek 404 Hotel.

In East Nashville, which is the, uh, hipster neighborhood, the Top O' Woodland is a restored 1898 Victorian home which also has a wedding chapel. Another mansion B&B is the Timothy Demonbruen House—there's also a pool.

WHERE TO EAT By Music Row, The Catbird Seat is Nashville's lauded, high-end restaurant that only has 32 seats at a counter around the kitchen. Reservations, via its website, begin a month in advance.

Downtown, Arnold's Country Kitchen is a favorite, serving no-frills, down-home Southern cooking. You pick a meat, plus a number of sides. Another downtown option is Acme Feed and Seed, which opened in a supply store—not only does it serve a mix of Southern, Mexican and Mediterranean, there's also a bar and an event space. 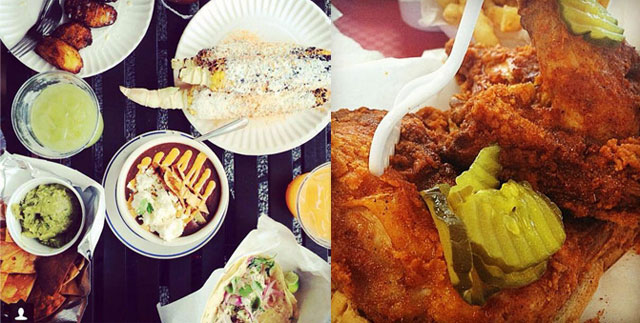 And try Nashville speciality, "hot chicken," before you leave at Prince's Hot Chicken Shack. The fried chicken gets the kick from cayenne and there are differing levels of hotness.

WHERE TO DRINK: For a speakeasy feel, head to The Patterson House, where the bartenders are dressed in Prohibition-style clothing. They serve a Bacon Old Fashioned, too. Over in East Nashville, Bar 308 has a more modern feel but with equally delicious drinks. 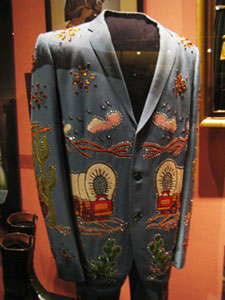 For a true taste of Nashville's roots, hit the honky-tonks on Lower Broadway, like Robert's Western World, which gets rowdy on the weekends.

5 Spot Live has a mix of local and national acts, in various musical styles, play at its downtown joint. And in East Nashville, The Stone Fox not only has great acts perform, they also have serve good food.

WHAT TO SEE: You must go to the Country Music Hall of Fame. Even someone who doesn't know anything about country music will find it endlessly fascinating.

Also, explore the replica of The Parthenon in Centennial Park—there's a statue of the goddess Athena plus exhibits on Nashville history.

Percy Warner Park, whose main entrance is tucked away at the end of Belle Meade Boulevard, a street lined with some of the most gorgeous and historic homes in Nashville. Hidden within the tree covered hills are hiking trails, paved walking and bike paths, as well as horse riding trails, making it an escape from the city within the city.

WHERE TO SHOP"Perfect vintage clothing" (and boots!) for women can be found at Goodbuy Girls. 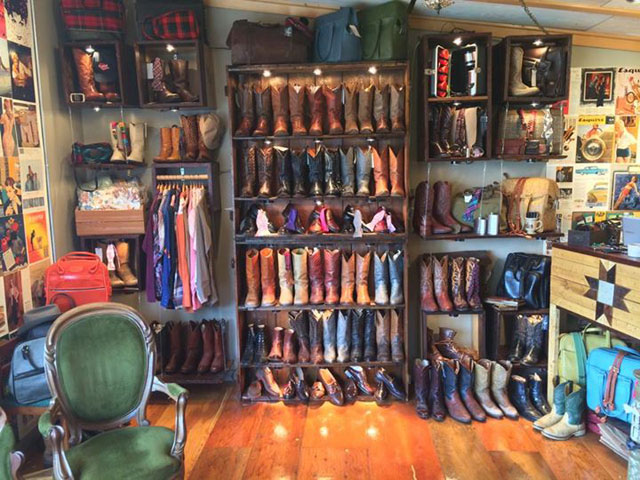 For men, there's Hello Boys, which just moved into a larger space. Another popular vintage store is The Hip Zipper is Nashville's oldest vintage store.

#gothamist getaways
#nashville
#original
Do you know the scoop? Comment below or Send us a Tip