Ticket to Ride: Great Bike Rides Outside the City

Fall is the time when many New Yorkers take up or return to their bikes—and we don't mean just for a CitiBike commute. Just over the George Washington Bridge are a plethora of options for beautiful rides for all levels—plus a lot of great food you are totally justified to gorge on before, during, and after the trek.

For serious and casual cyclists, all rides start with a trip over the George Washington Bridge to 9W, small highway that runs parallel to the Hudson through New Jersey and back into New York. "9W is one of most traveled cycling routes in the northeast—if you're riding on a weekend, you can find it by just following the bikes," says Alex Ostroy, who runs Team Lucarelli & Castldi, a team which trains riders how to race locally. 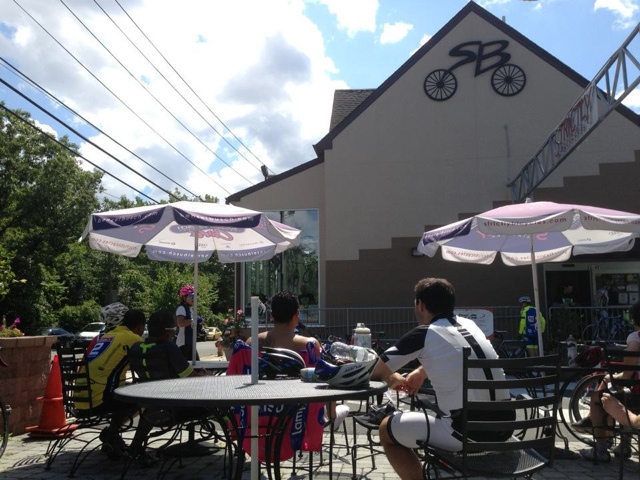 Before you get started on 9W, consider stopping at Strictly Bicycles on Hudson Terrace in Fort Lee. Strictly is one of the most famous bike shops in the country; it's also a convenient place to pick up a spare tube or a cappuccino before the ride really begins. Once you're ready to go, you can get back on 9W or find River Road, which also runs along the Hudson for a few miles before joining up with 9W. 9W is a highway, but it's flat; River Road is prettier, and has fewer cars, but it's hilly. Just before River Road connects with 9W, there's a mile-and-half climb where you'll see local racers practicing hill repeats all year round. 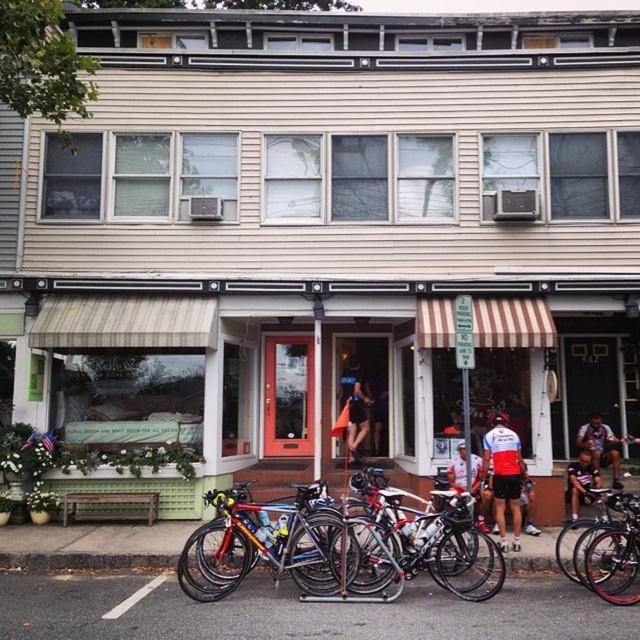 A mile or two after you cross the state line back into New York, you can take a right on Piermont Road into the town of Piermont. Piermont teems with cyclists most weekend mornings, most of them congregating at Bunbury's Coffee Shop or Piermont Bikes, which has an outpost of Gypsy Donut the legendary Nyack donut shop, inside.

If you still want more, return to Piermont Road and continue onto Nyack, where you can rest and yes, refuel and re-caffeinate again at Gypsy Donut or the Runcible Spoon. N.B.: Neither Piermont nor Nyack have train stations, so remember that factor in the round-trip mileage when you plan your outing.

If you're feeling more ambitious/too full after all the pit stops, Ostroy offers a couple of options. You can skip the town of Piermont and do the college hills, a network of hills south of Nyack. ("Bradley, Tweed, and Clausland hills are the most popular among local riders," he says.) Or go for an Orchards ride, named for the apple orchards that cyclists ride through to get to the top of this hill. The Orchards are broken up into a few steep, punchy sections (over 10% grade at times), and round trip from Central Park, it's about seventy miles. But it's a favorite among local cyclists because of the great view, and for the homemade apple pies at the little grocery store at the top of the hill. 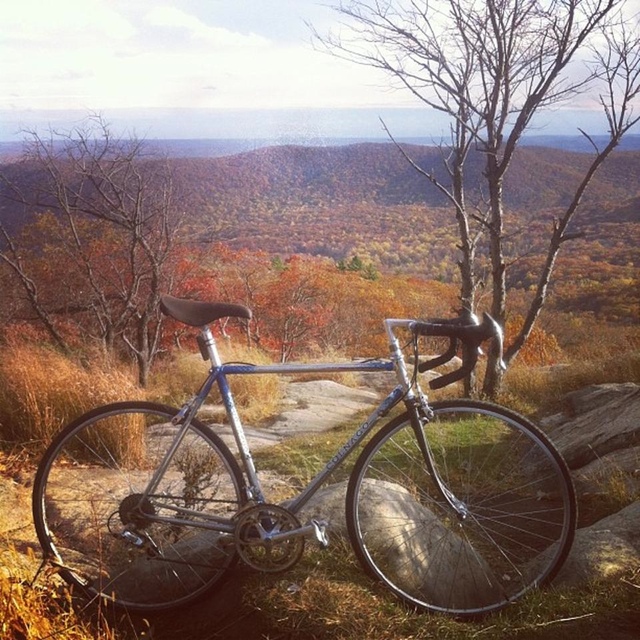 Another popular destination past Nyack is Bear Mountain. Round trip, a ride to Bear Mountain is about 100 miles, but it's possible to ride to the Peekskill train station after the climb for something closer to a 50-mile ride. The easiest way to get to Bear Mountain is take 9W the entire way. (Many locals take a detour through the town of Haverstraw that avoids the busiest stretch of 9W. It's a slightly longer way to go, but the road is quieter, with a dedicated bike line, which this portion of 9W doesn't have.) On 9W, keep your eyes peeled for the Cove Deli, the last refueling point before the climb to the top of Bear Mountain.

When you enter Bear Mountain State Park, go up the first pitch to the roundabout, climb for a few miles, then make a right on Perkins Drive. This will take you to the top of Bear Mountain, a steep climb of about five miles. There's no homemade pie (only vending machines), but the spectacular view should make up for it—on a clear day, you can see all the way to the city. Take in the scenery, and hoist a water bottle congratulate yourself for riding yourself this far out of town.

Not ready to tackle the routes on your own? You can sign up for Escape New York on September 20 or the MS Bike Ride on October 5th. Escape New York even has a new option where riders on the 25-mile course can choose to do an escorted ride. Or try one of many weekend group rides held by the New York Cycle Club (NYCC).

#bear mountain state park
#bike rides
#gothamist getaways
#Nyack
#original
Do you know the scoop? Comment below or Send us a Tip