The Wizard of Oz, Starring the New York Yankees 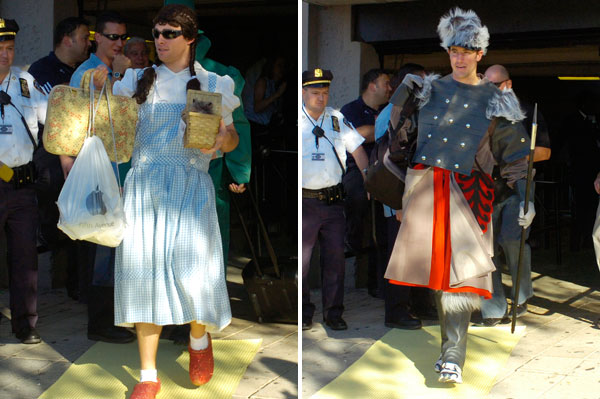 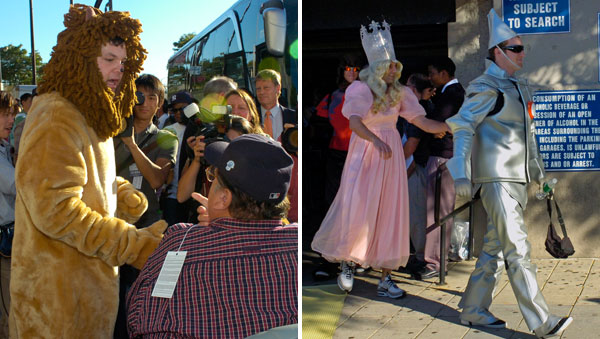 The Wizard of Oz has really been updated for current times. Now, in addition to Toto, Dorothy carries a bag from the 5th Avenue Apple Store with her. At least that's what Dorothy, played by Ian Kennedy, did as part of the Yankees' rookie hazing tradition where green players dress up in crazy outfits. We expect this version of The Wizard of Oz to come to an off, off, off Broadway location in the post-season.

Should we be reading into the outfits at all? Does Joba Chamberlain have no courage? Does Phil Hughes have no heart? Does Shelley Duncan have no brain? And if Ian Kennedy taps his heals together three times and says "There's no place like the playoffs," will the Yankees magically awake in the post-season? 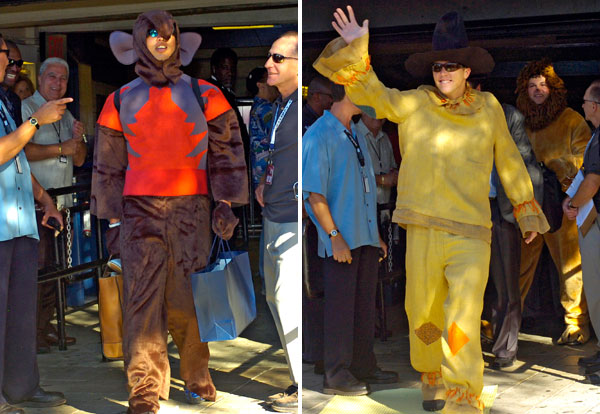