The Top 10 Places To Eat In Scottsdale

Though Scottsdale, Arizona is often thought of as a resort destination with little more than golf courses and luxury properties, there's a strong undercurrent of creativity in this Sonoran desert city that's fueling a diverse food scene. The same energy that brought Frank Lloyd Wright and Paolo Soleri is inspiring a vibrant cadre of chefs, artisans, and purveyors to use the bounty of the region to make some seriously good eats. And the weather is perfect for a visit this time of year.

Here are the top 10 places where you should dine in the desert.

Chef Gio Osso's honest Mediterranean-style cooking at this 25-seat restaurant would be up to snuff in any major metropolitan hub. He makes his own creamy burrata in house, and there's a great cocktail program to boot. Some highlights from the James Beard Semifinalist's spring menu include duck confit piquillos stuffed with cashews and chorizo crumbs topped with a sherry gastrique and the seared scallops cooked to perfection, plated up atop butternut squash, bacon, caramelized onions, and a white chocolate beurre blanc. 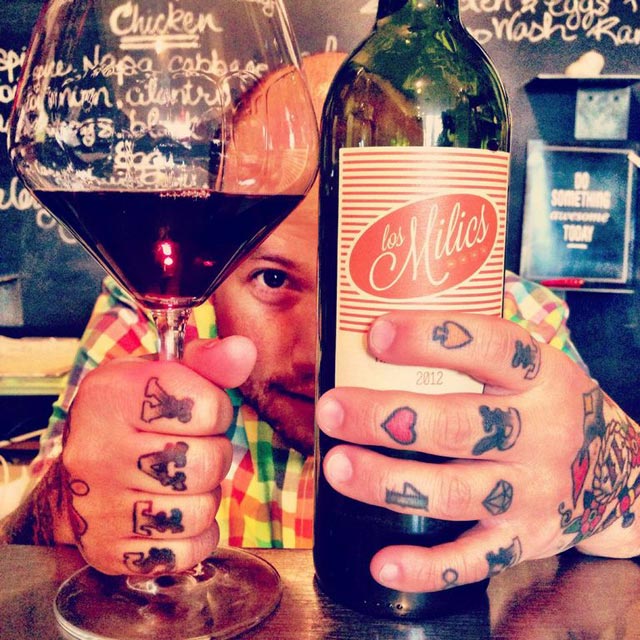 Photograph of F&B/Bodega by Krista Simmons

With a chef's table inside the kitchen, a bustling brunch vibe, and a revolving door of purveyors coming through the Bodega next door, it's easy to see why Charleen Badman's F &B is such a draw. In addition to the excellent eats at the restaurant, they also sell a selection of Arizona wines, the likes of which have recently caught the eye of the folks over at Wine Spectator. Try the popular leek gratin, topped with mozzarella, a fried egg and mustardy bread crumbs, then pop next door to take some Sonoran honey or local grains. 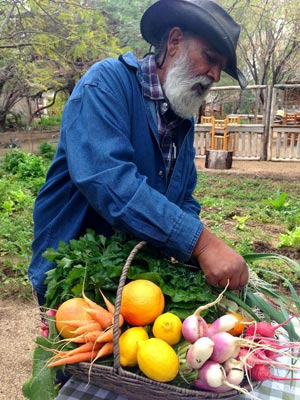 Ken Singh has made it a priority that his 60 acre farm not only serve as a hub for delicious sustainably-grown produce, but also as an agent for change against the dramatic obesity rate within the local Native American community. The learning center hosts a Farmers Market every Saturday where the community can come by to shop and enjoy brunch at a long table in the grotto of trees, or in a tipi.

Mexican food is not known for being particularly welcoming to the meat-free crowd, but Taco Haus does so with style. At this vegetarian-friendly joint focuses on local produce and healthful cooking, done deftly by the animated chef Payton Curry. Curry spends a lot of time working on McClendon farms, and his intimate relationship with the land really shows in dishes like the dangerously more-ish fried romanesco or the vibrant raw icama salad with shaved radish, kohlrabi, mint, pomegranate seeds, lime vinaigrette.

Single origin coffee hasn't quite taken off in Scottsdale like it has in cities like New York, Portland, and L.A., but Cartel serves as a bastion of mindfully sourced roasts in the area. They measure and weigh each pour to precision at each of their four locations through the greater Phoenix area, and the baristas are incredibly knowledgeable of the beans they have on offer. What's more is that there's no pretense, unlike some big city brands. 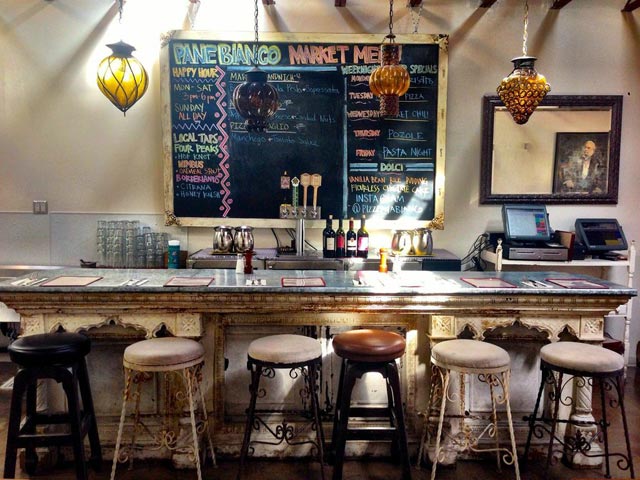 Chris Bianco turns flour and water into ethereal dishes at his pizzerias around town. Though technically in Phoenix proper, Pane Bianco is a favorite and worth a jaunt over. Hayden Flour Mills uses the location to grind their locally-grown heritage grains, which Bianco uses for their breads, market special sammies, and what is arguably some of the best wood-fired pizza in the country.

If you're a fan of Oaxacan tlayudas, you'll totally dig fry bread. This traditional Native American staple is made of puffy, chewy, deep-fried dough made with flour, baking powder, salt and Crisco. It's then topped with a variety of goodies including beans, meat, lettuce and tomatoes. The Fry Bread House is considered an American staple, and you should definitely taste why. 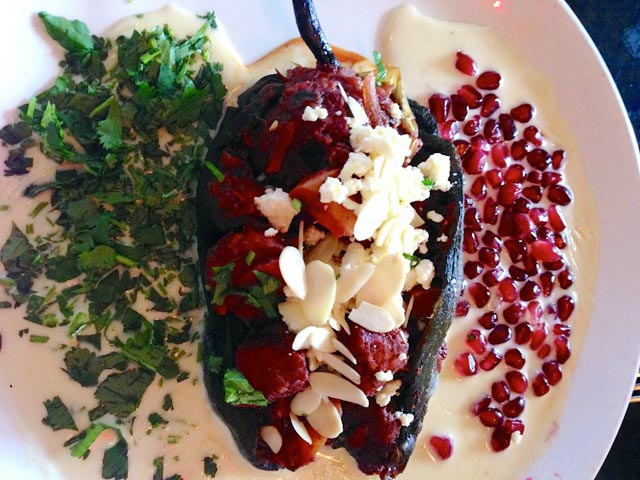 Walking into Barrio Queen is an assault on the senses. The smell of toasting corn fills the air, and colorful taladeras and Latin American street art adorns the walls. The vibrancy carries through in Silvana Salcido Esparza's cuisine, like the chiles en nogada, a dish that too often can be cloyingly sweet, but here is perfectly balanced with apricots, pecans, and pomegranate seeds in a velvety almond cream. Don't forget to take a peek at their tequila and mescal list, which boasts over 400 agave-based spirits.

Sit out on the Spanish-style patio and soak up the scent of orange blossoms in the cool night air, and prepared to be wowed by some showmanship in the restaurant's plating, like the foie gras served sizzling on a on hot stone with a side of sumptuous huckleberry cake. If you're up for a tipple afterwards, enjoy some balanced cocktails at The Mix Up made with local produce and bitters from Arizona Bitters Lab from while smoking cigars next to one of the outdoor fireplaces.

A native Angeleno, Krista Simmons is a culinary travel writer and the Food Editor at LAist. She's also a regularly-occurring judge on Knife Fight and Top Chef Masters and her stories have appeared regularly in the Los Angeles Times, New York Magazine, and The Today Show. Follow her on Twitter and Instagram.

#arizona
#Dishlist
#gothamist getaways
#Scottsdale
#travel
#original
Do you know the scoop? Comment below or Send us a Tip