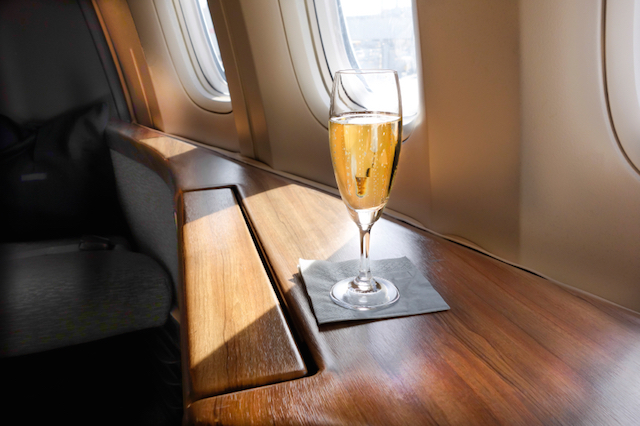 For a country whose citizens surpassed the French in total volume of wine consumed in 2013, American airline booze options have been languishing on the vine. Not a single U.S. carrier made Wine Enthusiast's top 10 best in-flight wine programs. But wait. Is that the perfume of premium vino programs in the air? With spicy notes of big reds and aromatic whites on the nose and a hoped-for lingering aftertaste of retention for first- and business-class customers? As airlines do battle in the skies to cultivate customer loyalty, bottles of wine are becoming the weapons of choice.

"Most of my domestic travel is a great disappointment in wine offerings," says Ehscheid, who clocks more than 100,000 air miles a year in his role as senior vice president for a national bank. "Domestic first class at least you might be able to note a few different varietals, where in coach, let's just assume the usual question of 'red' or 'white' will land you a plastic bottle screw-top wine that is basically just that—red or white with little in the way of body, taste or interest."

As consumers are drinking more and becoming more sophisticated about wine, airborne sommeliers are pulling out all the stops to make things interesting. It's not just about adding a red, white and rosé to go with the obligatory glass of bubbly and warm nuts in business class. 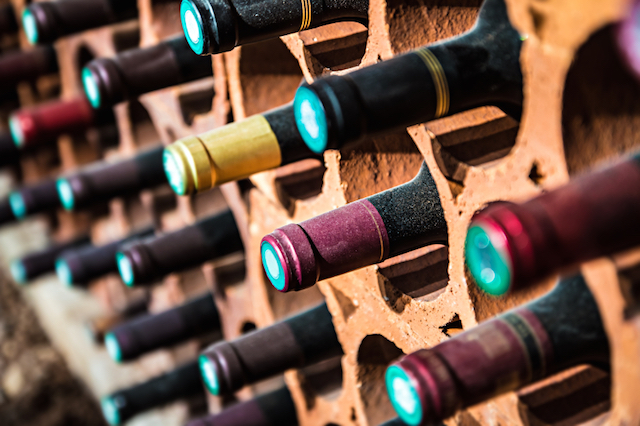 Finding a wine that works well both on the ground at Delta Sky Clubs and at 30,000 feet is serious business, Robinson says.

For one thing, the dryness of the cabin mutes your mucous membranes, which inhibits your sense of smell and taste. Second, the lower pressure in the cabin accelerates evaporation rates, sending valuable scents skyward.

"The complexity and added interest of the bottle-aged wine seems to excel at altitude," Robinson says, citing a 2004 vintage Rioja gran reserve Delta is currently pouring. "That wine has more than 10 years of barrel time to give the wine all that complexity. That aged character really gives a lot of extra excitement and stacks well against food." 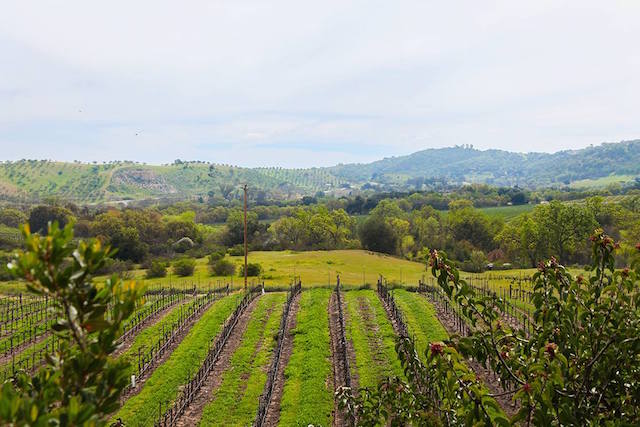 "An agent for Japan Airlines discovered our wine in a wine bar in Tokyo, took a liking and contacted our distributor in Japan," Beckett says. "Asia is a growing market that has been good to us for many years."

With this newfound sophistication, though, comes much responsibility. Delta is just one example of an airline building sommelier training into its flight attendant curriculum. South America's only Master Sommelier Hector Vergara guides LAN Airlines' wine program, and more than 9,000 cabin-crew members at Qatar Airlines have earned their Wine and Spirits Education Trust Level 1 certificate.

"American wine consumers are exhibiting a healthy excitement and curiosity about wine," says Robinson of Delta. "Our consumer is used to and expects to see wines from all over the world."

For frequent fliers like Ehscheid, the move to a more formalized wine program on domestic routes can't come soon enough.

"I absolutely respect the collections of the Asian and most European carriers," he says, citing experiences he's had on personal holidays. "The first-class wine list on my last Lufthansa flight, I actually wanted to stay awake on the overnight flight to sample the assortment."

Forgoing shut-eye for a glass of wine? Now that's a loyalty program.

Laura Grimmer is a private chef and trained sommelier in New York.

#flying
#gothamist getaways
#wine
#original
Do you know the scoop? Comment below or Send us a Tip
A new Gothamist is coming! We’ve moved comments over to our beta site. Click here to join the conversation and get a preview of our new website.