The Inns Have It: Bed & Breakfasts In NYC

Historic homes, chatty proprietors, and sit-down breakfasts aren’t typically what comes to mind when people think about lodging options in the five boroughs. But look past the Ritzes, the Marriotts, and the Standards and you’ll see that there are actually a number of intimate B&B-style accommodations around the city. 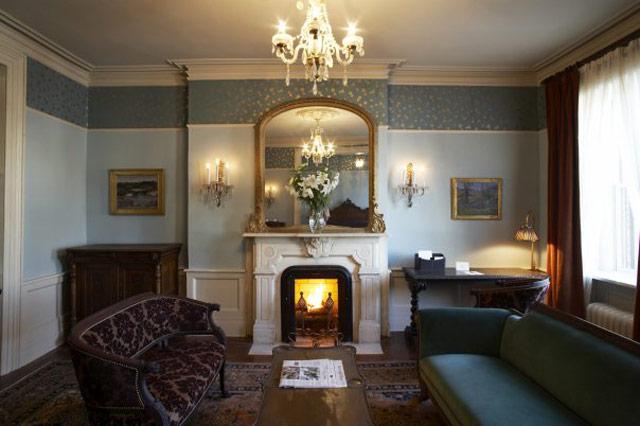 Whether you’re planning a romantic staycation or are looking for a place to stash visiting relatives that won’t overwhelm their sensibilities (or budgets), there’s ample comfort and style to be found in these lesser-known accommodations—in addition to those delicious complimentary breakfasts.

THE INN ON 23RD STREET: If one were to identify the most unlikely downtown street on which to house a quaint inn, the east-west artery of 23rd Street would be it. And yet the Inn on 23rd defies its bustling location by being one of the most charming places to stay in the entire city. 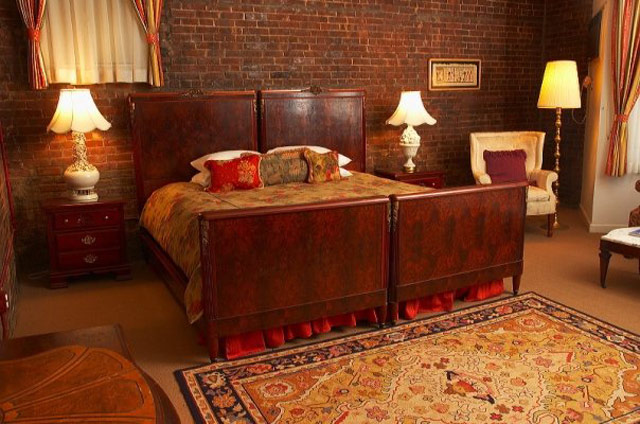 The Victorian Room at the Inn at 23rd Street (Facebook)

Following traditional country-inn protocol, each of the fourteen rooms is decorated with a different theme (“Bamboo”; “Maritime”; “1940s”; “Quilt”), though this family-owned operation makes welcome concessions to its urban environs with double-thick windows and black-out shades. Breakfast is served in the cozy library, and the small staff is always happy to chat.

The Inn on 23rd Street is i located at 131 West 23rd Street, between Sixth and Seventh Avenues, in Manhattan. Subway: F,M to 23rd Street or 1 to 23rd Street. Also in the neighborhood: Chelsea Pines Inn, a converted five-story home that caters to an LGBT clientele, with classic-cinema inspired décor.

THE LAFAYETTE HOUSE This under-the-radar inn is housed in a nineteenth-century brownstone on a charming NoHo block. Unlike its neighbors the Bowery Hotel and the Standard East Village, Lafayette House has no boisterous sidewalk restaurants or uniformed doormen to alert you to its existence—in fact, there’s barely a sign. 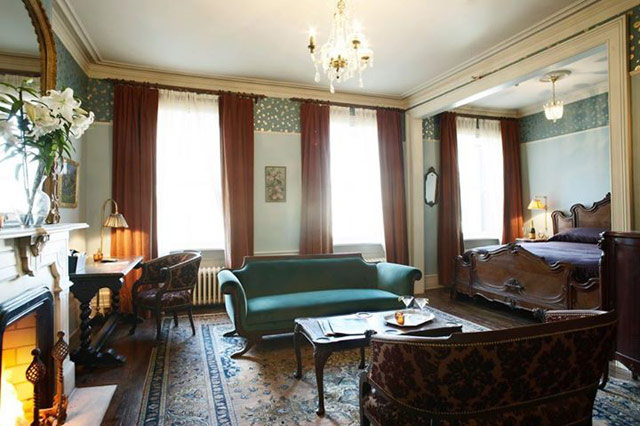 But what Lafayette House demurs in flash on the outside, it spares nothing in upscale charm on the inside. Each of the fifteen rooms has a working fireplace, luxurious linens, and is individually decorated with antiques and other well-appointed furnishings. (Some rooms also have kitchenettes and outdoor space.) While there is no breakfast—or even a kitchen—there is complimentary wine at check-in and room service is available from the restaurant next door. (N.B.: This four-story hotel has no elevator.)

The Lafayette House is located at 38 East 4th Street, between Bowery and Lafayette Streets in Manhattan. Subway: B,D,F,M or 6 to Broadway-Lafayette/Bleecker Street. Also in the Neighborhood: East Village Bed & Coffee, a surviving bastion of funkiness on Avenue C, with seven eclectically decorated rooms (all with shared bath), common lounge areas with computers and printers, and all the coffee you can drink.

LEFFERT MANOR HOUSE BED AND BREAKFAST: Even just the words “Victorian townhouse in Prospect Lefferts Garden” conjure up a holiday across the pond. But all you need to be transported out of contemporary city living is a MetroCard swipe and a room at this Brooklyn B&B. This inn is actually comprised of several nearby properties: a five-room Main House; the Lady Fenimore House, with two rooms and a kitchenette (that have the option of being combined as a suite); and a floor-through garden suite with two bedrooms, perfect for groups of three or four. 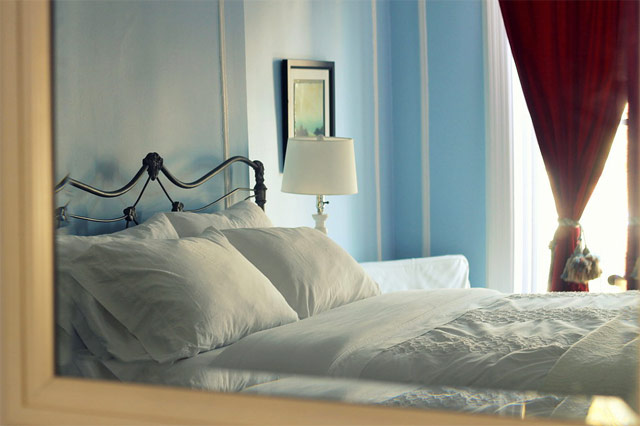 The Blue Room at the Lefferts Manor Bed & Breakfast (website)

Breakfast (an additional $10 per night) is served in the Main House’s parlor, which is available all day for guests to lounge, read, or play games in. Neither the Main House nor the Lady Fenimore House have en-suite bathrooms, but this inconvenience is offset by the highly reasonable year-round rates. (N.B. The inn’s owners also rent two large vacation apartment in Fort Greene; see website for details.)

The Lefferts Manor Bed and Breakfast is located at 80 Rutland Road between Flatbush and Bedford Avenues in Brooklyn. Subway: 2,5 to Winthrop or Sterling Streets. Also in the neighborhood: Sterling House Bed & Breakfast, a tiny B&B near Prospect Park in Crown Heights with only three rooms, two in the main house and one private cottage.

FORT PLACE B&B: Want the most getaway for your buck? Head down the river to Staten Island. Fort Place is located two blocks from the ferry, making for an easy trip to and from that other island to the north, but feels more exotic (and private) by virtue of being of its location on the city’s most independent borough. 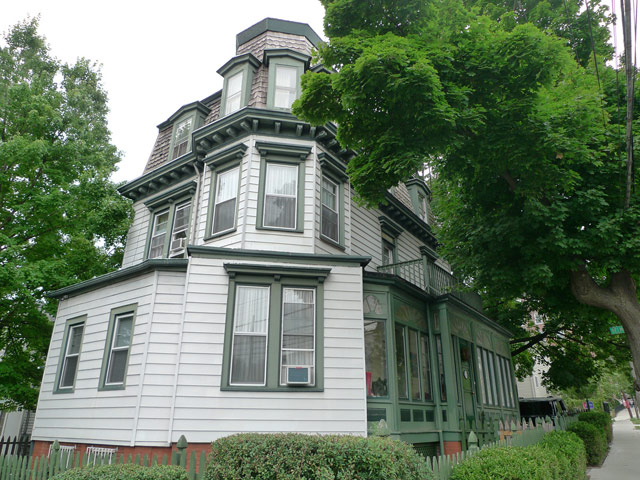 Each of the three rooms has a private bath (the top floor has a skylight from which you can see the Verrazano Bridge), and breakfast is included in the incredible $120/night rate (or $85 for single travelers).

Fort Place B&B is located at 22 Fort Place between Montgomery and Monroe Avenues. Also in the neighborhood: Victorian Bed and Breakfast of Staten Island, a quiet inn a little further from the beaten path (it’s a fifteen-minute bus ride from the ferry terminal) that claims to have hosted the actor Edward G. Robinson and gangster Bugsy Siegel.

Caitlin Leffel is a writer, editor, and author of two books about New York. She recently wrote about New York childhood in literature for Frontier Psychiatrist. Follow her on Twitter and Instagram at CLO_NYC.