Taxi Strike Still On, But Impact Is Questionable 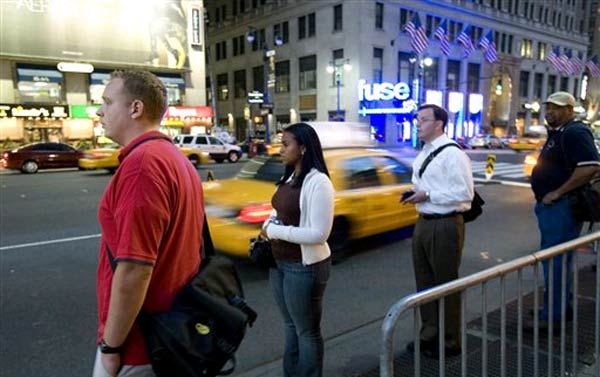 Here we are - day two of the taxi strike by a group of taxi drivers upset with the changes that the Taxi and Limousine Commission has enacted. The New York Taxi Workers Alliance, which organized the strike, claimed that 90% of alldrivers were on strike yesterday, but Mayor Bloomberg contradicted that claim, saying the strike had a "limited impact, if at all." To combat the strike, the city has added buses and changed the fare structure as an incentive to keep drivers from striking. Bloomberg said that 75% of fleet-owned cabs were on the streets (versus 93% last Wednesday), but that doesn't include owner-operated cabs (fleets comprise only 30-40% of cabs). A taxi industry group reported that 72% of the city's 3,200 cabs were on the road.

The city's taxi strike contingency plan allows for cabs to charge a flat-fare, zone-based pricing, and allowed drivers to pick up several passengers at a time. The temporary rates - rides starting at $10 for travel within one zone and $5 for each subsequent zone, $20 and $30 trips from Manhattan to LGA and JFK respectively - have the drivers that are working raking in the dough. The Post talked to several drivers who made more money than they typically make. "I support the strikers but I already paid for my car," said Fred Amoaf who made $400 yesterday (he usually makes $100/day). Another driver said, "Tuesday, I worked for 12 hours and I only made $200 all day. Today, I started at 5 a.m. and I have $270 already. By 5 p.m., I will make at least $350 - all because of the strike."

There are mixed reports of how the taxi strike affected riders. One rider told the Daily News that he was having a hard time finding a cab outside Penn Station, while another said "What strike?" after finding a cab in midtown after "five seconds". Other riders were put off by the price increases and the inconveniences of sharing indirect rides.

The Taxi Workers Alliance, which claims to represent 1/5th of the 44,000 licensed drivers, called for the strike to protest rules that require GPS technology, equipment to accept credit cards and interactive video screens to be installed as taxis come up for inspection after October 1st. The group says that most drivers are opposed to the new systems, which may track a driver's activities, are allowing credit cards is slow and cuts into driver profits. The changes were included with the 2004 fare increase that was previously approved by the TLC.