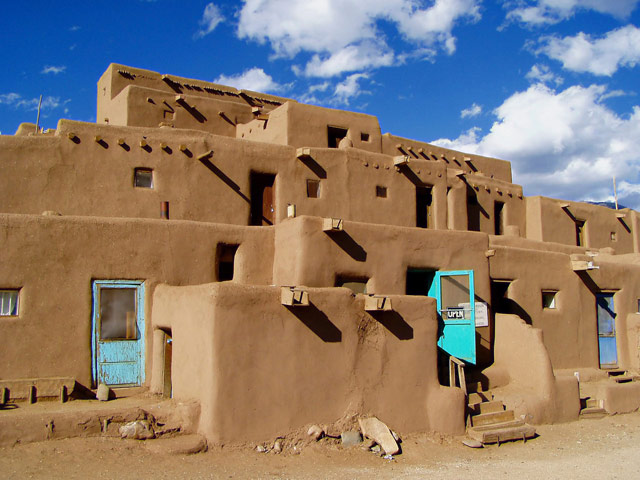 Taos, New Mexico, like its Arizonan cousin Sedona, gets a reputation for being full of aging hippies and New Age practicioners. But there’s much more to Taos than aura readings and turquoise necklaces. The cozy New Mexican town has also drawn in a crowd of A-list celebrities, including Julia Roberts and the late Dennis Hopper, who came here for the unique brand of laid-back chic. This is a town where even the wealthiest celebrity wears jeans to go to the grocery store and where hole-in-the-wall galleries let you get up close to million-dollar works of art.

The jewel of Taos is Taos Pueblo, a Native American community that has been designated both a UNESCO World Heritage Site and a member of the National Registry of Historic Places. It’s believed to be one of the oldest, if not the oldest, continuously inhabited town in North America. If you’re only in Taos for a short time or you’ve popped over from Santa Fe for the day, make sure this is the one thing you do. Because Taos Pueblo is still the home of many Native people, you’ll need to plan in advance to make sure that you don’t try to visit on a feast day or another day when the area is closed to non-residents. 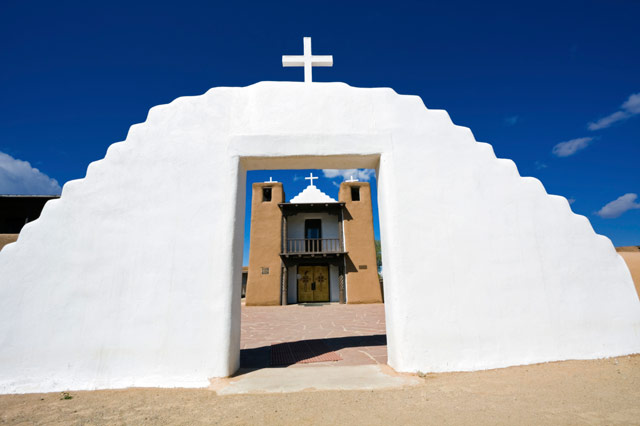 The best way to see Taos Pueblo is by signing up for one the guided tours. A guide will take you through and around the famous adobe houses, where some people still live without modern conveniences, as well as the famed Pueblo church. You will be charged a $6 camera fee, and there will be certain areas where photography is off-limits, such as the church’s interior. But the tours are worth it for more than just the access - you’ll learn about the history of the Pueblo people and how they’ve worked to keep their traditions alive.

A long visit in Taos will help you open up to the city’s mysterious inner core. Stay at the Palacio de Marquesas, a hotel with the local laid-back tradition fully in mind. The eight rooms are detached from the main property, giving guests plenty of privacy, and the larger ones have small separate rooms designated as reading nooks. (They’re also a boon for any couple on different sleep schedules who don’t want to disturb each other.) 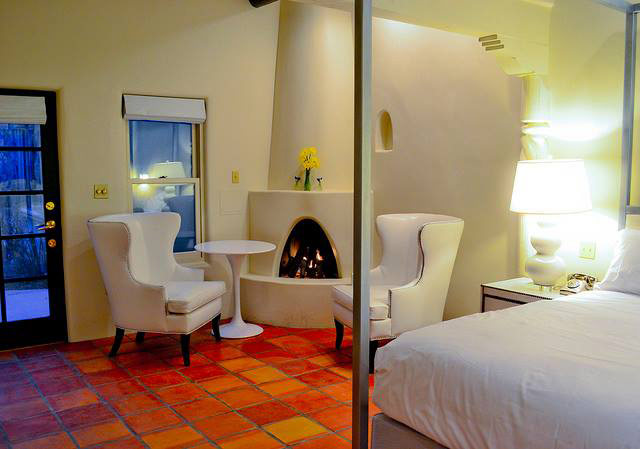 One of the treats about this hotel is how it manages to be both luxe and cozy. Some hotels give off that “so fancy you’re afraid to actually touch anything” vibe, but not the Palacio. Morning breakfast is served in a communal dining room—there’s a daily special with room for variation (like a vegetarian option) and a steady supply of coffee and tea from the nearby Keurig. Later in the day, the same dining room hosts champagne tastings and complimentary sweets. There’s also a comfy living room space piled high with photography books highlighting the best of Taos and of New Mexican art and architecture.

For dinner, visit The Love Apple. It nails the casual spirit of Taos by making you walk into the restaurant through the kitchen, and the food nails the combination of casual presentation and fine dining-quality food: think artichokes with truffle oil and wild boar with tamales. The menu changes seasonally, and there’s a focus on local ingredients. Think wd-50, without the wd-50 lines. 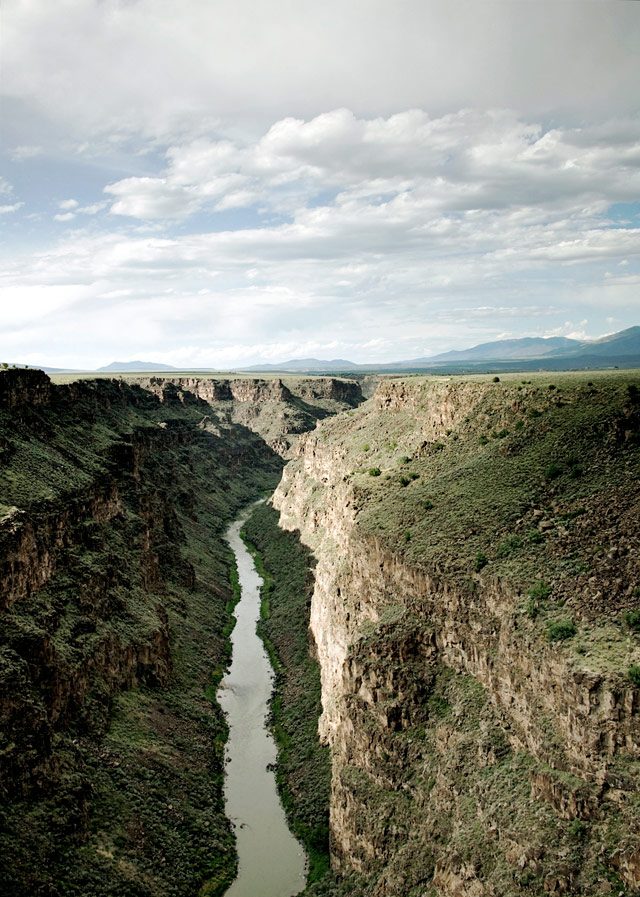 And before you leave, there’s one geographic feature you absolutely must see. Although the Rio Grande River is best known for cutting a path that became the Texas river, it also runs through New Mexico. Outside of Taos, the river slices through a tectonic chasm, creating a breathtaking view. Looking down into the bottom of the gorge will certainly make you confront the hugeness of life and existence - and possibly experience mild vertigo. But there’s something about the scope of it all that reminds you why you travel in the first place.

Lilit Marcus is a New York City-based writer and tea addict. Her first book, Save the Assistants, was published by Hyperion. You can also look for her work in the Wall Street Journal, Teen Vogue, and The Forward. Her sister says she dresses like a librarian. You can find her at twitter @lilitmarcus