Southern Utah: Dogma Of The Sun And Doctrine Of The Rock

Southern Utah is a mecca for outdoors enthusiasts. Everywhere you look, there are opportunities for hiking, climbing, canyoneering and biking in the high desert. Lodgings range from bare bones to rustic elegance, good food is plentiful, and with a little effort, you can find solitude in some of the most spectacular scenery around. 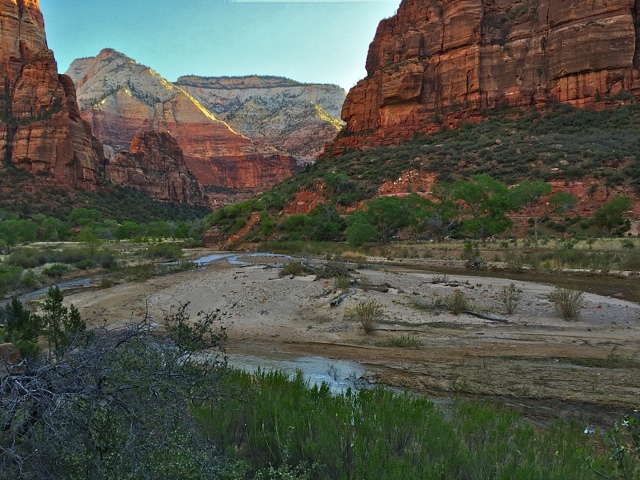 The amount of public land in Utah is staggering. The Bureau of Land Management alone manages nearly 22.9 million acres, representing about 42 percent of the state. One way to get a good sense of the arid beauty is to visit several of the national parks. While the parks tend to draw large crowds, there are still a bunch of ways to get off the beaten track and experience some of that majestic grandeur without too much company. 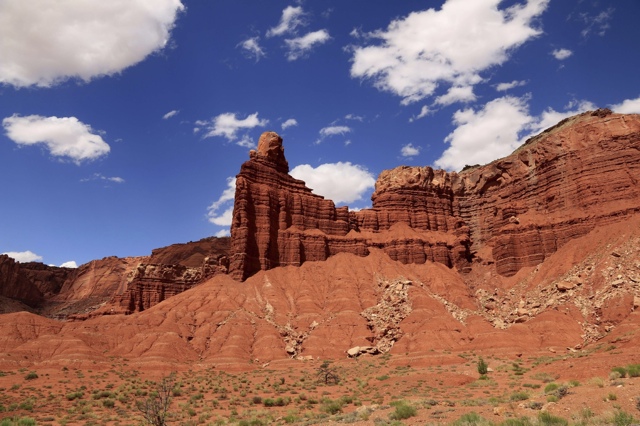 Start with Capitol Reef National Park. Because it's gorgeous. And located in the Waterpocket Fold, a geologic monocline—a wrinkle on the earth—extending almost 100 miles. The park boasts 2000 year old petroglyphs left behind by Fremont and ancestral Puebloan people, and is way less crowded than some of the other parks.

You're going to want to hike here, even if it's not your forte. With a little bit of effort and just 3.5 miles of walking (round trip) you'll be rewarded with sweeping multi-hued views of the canyon, and the magnificent Cassidy Arch. 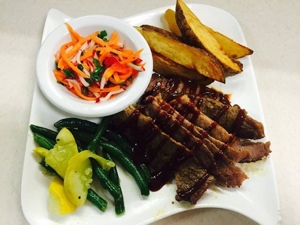 The town of Torrey is nearby, and has some decent lodging options, like the Broken Spur Inn & Steakhouse, which has homemade pastries, biscuits and gravy, and guys who might actually be real cowboys.

Work up an appetite with another hike or two in the startlingly fresh air, as you're approaching the best meal of your trip. Head down the aptly-named Scenic Byway 12, which takes you through much of Grand Staircase-Escalante National Monument. After an hour or so, you'll arrive at Hell's Backbone Grill & Farm, in Boulder. They describe their food as a blend of of Western Range, Pueblo Indian and Southwestern flavors, and grow many of their fruits, veggies and herbs on their "no-harm farm." You can ponder that, or just dig right into the fantastic Utah goat cheese fondue and pumpkin-piñon enchiladas.

After lunch, hit the scenic byway again, and make your way down to your next destination, the Stone Canyon Inn, right outside Bryce Canyon National Park. The sleek one-bedroom bungalows come with a clean design and views of the canyon that change with the shifting light. 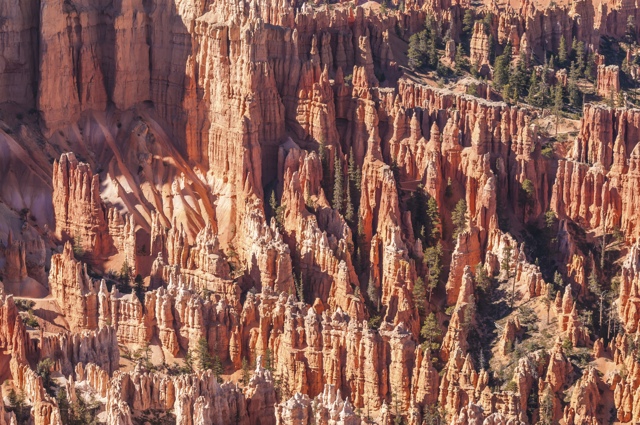 In the morning, enjoy breakfast made to order, then take a close look at a topo map and figure out how to hike into Bryce without having to drive into tour bus mayhem. The hoodoos are impressive, and the 5.5 mile Peek-A-Boo loop gives you a good feel for the place. When you've had your fill, head southwest out of Bryce, and in about 30 miles you'll hit tiny Hatch, Utah, and the friendly Adobe Cafe. The welcoming service, small town vibe and southwestern chicken salad with green chiles will nourish you.

From there it's less than an hour to your home for the next few days, Zion Lodge, in the heart of Zion National Park. The park's majestic sandstone cliffs and intriguing slot canyons draw crowds, but staying in the park can help you avoid them. Zion, wisely, doesn't allow cars in the most popular sections, and instead relies on a shuttle system, so there are times when overnight visitors have the canyon to themselves. The lodge rooms themselves are plain but comfortable, and the views from the private patios are unbeatable. The cozy cabins have charming interiors and similar views, but tend to be closer to public areas, so choose your locale with care.

To best take advantage of sleeping in the park, get your butt out of bed early. If you can hit the trail by 7:30 or so (that's 9:30 Eastern time), it's worth hiking some of the popular routes that will be packed later in the day, like the easy and lovely Emerald Pools and the more challenging and not for the height-averse Angels Landing. As in most national parks, once you get more than a mile from a road, the crowds tend to disperse. With this in mind, you'll want to head to Observation Point. With 2200 feet of elevation gain and some serious dropoffs, the 8 mile round trip hike isn't easy, but it's doable and well worth it for the amazing views of the canyon. 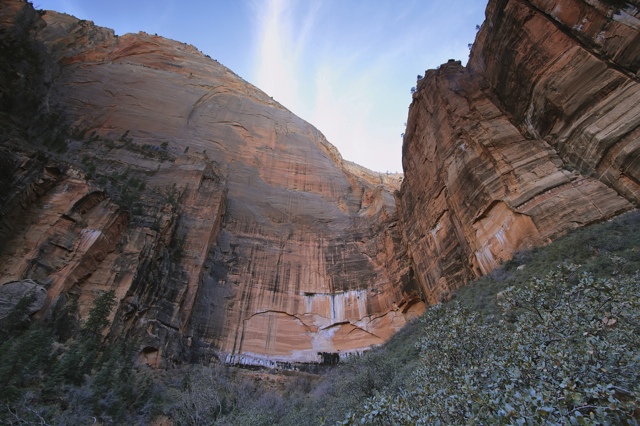 The downside of staying in the park is that food options are extremely limited. There's an overpriced, mediocre restaurant, and a snackbar. Both work for a post-morning hike breakfast. Dinner is best had in Springdale, just outside the park. Local favorite Bit & Spur Restaurant & Saloon offers good Mexican-inflected grub, live music and outdoor dining. Meme's Café serves both BBQ and crepes, but don't let that deter you, they're both good.

If, like Edward Abbey, you truly prefer to contemplate the natural world without too many others contemplating it with you, leave the park behind and head out to the equally beautiful surrounding areas. Connecting with a local canyoneering guide is a great way to check out nearby wilderness and get into some of Utah's famed slot canyons. Red Desert Adventures will take you to uncrowded sites, where you can rappel cliffs, squeeze through slots, and climb up, down and over obstacles. While backing off a cliff toward a canyon floor 85 feet below might seem unwise, the amiable pros at Red Desert make even beginners feel confident.

Amy Sirot is a writer, editor and producer whose work has appeared on National Public Radio and in Time Out New York, The Boston Globe, Wildlife Conservation, AMC Outdoors and other publications. When she's not traveling or writing about travel, she is planning her next trip.

#climbing
#gothamist getaways
#hiking
#nature
#outdoors
#Southern Utah
#original
Do you know the scoop? Comment below or Send us a Tip