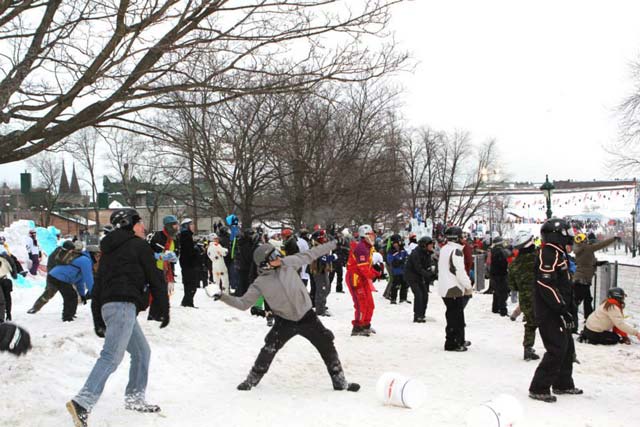 New York City winters are unpredictable. By January you might be fed up with the dirty piles of snow lining the city streets or you could be wondering when the first snowflakes will finally fall. In either case, the best snow is always north of the city. These six Winter Carnivals and Festivals outside the city make winter fun. From sleigh races in Quebec City to winter parades in the Adirondacks, take a scenic winter road trip to one of these festivals. And don't forget to pack your snow boots!

This arty New Jersey town that borders New Hope, Pennsylvania is less than a two-hour drive from the city and is also home to a weeklong winter festival. The Lambertville Winter Festival takes place from January 17-25th and is jam-packed with activities, including an Annual Winter Parade on January 24th filled with floats, jugglers, and marching bands. 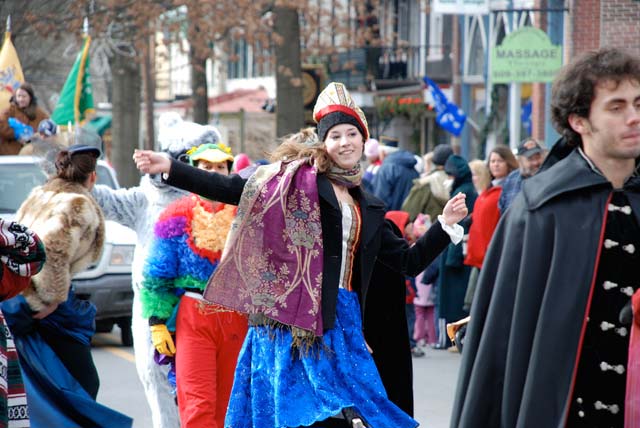 For over sixty years, The Quebec Winter Carnival, also know as Carnaval de Québec, has been a highlight of this French Canadian city's winter. The seventeen day festival will run from January 30-February 15th. Activities include canoe and sleigh races, night parades filled with colorful floats and dance troops, and a majestic ice palace, among many other events and activities. 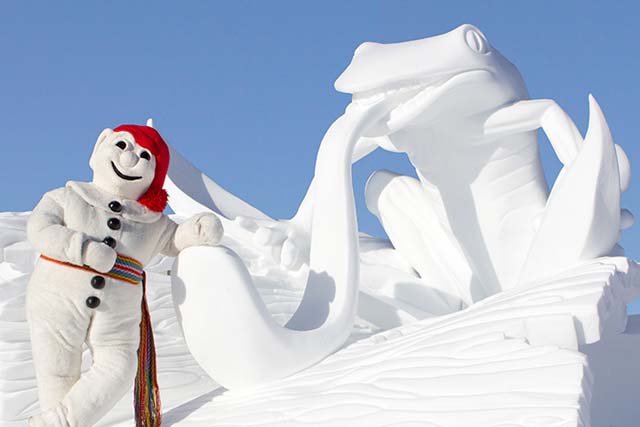 If you've already done the Coney Island Polar Bear plunge, you might be interested in partaking in the Carnival's annual Snow Bath, where participants wear swimsuits as they bathe in the snow amidst cheering crowds. The Snow Bath is limited to eighty participants and you must sign up in December.

The first Saranac Lake Winter Carnival took place in the late 1800's. This winter, the week long celebration begins on February 6th and the carnival's theme is "the groovy 60s." 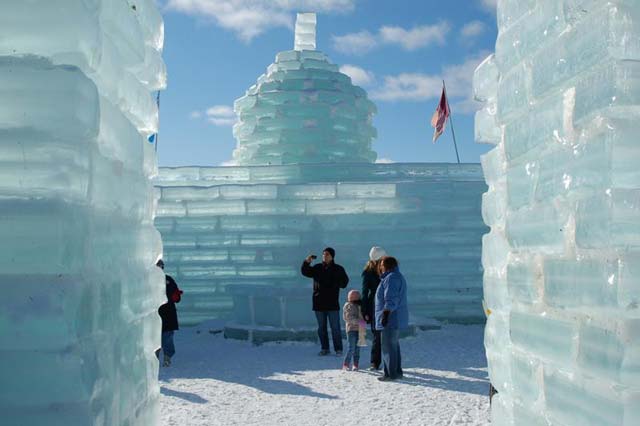 The carnival boasts sights such as the lighting of the ice palace, two parades, and quirky contests including a snowball toss and a competition where contestants try to transport icicles without damaging them. Doonesbury Fans must purchase one of the famed Winter Carnival buttons designed by Garry Trudeau.

The 41st annual Stowe Winter Carnival will take place in Vermont from January 17-25th. Take a break from the slopes and participate in the Carnival's Snowgolf tournament, where teams sport costumes as they golf 11 holes at the Stowe Country Club golf course. 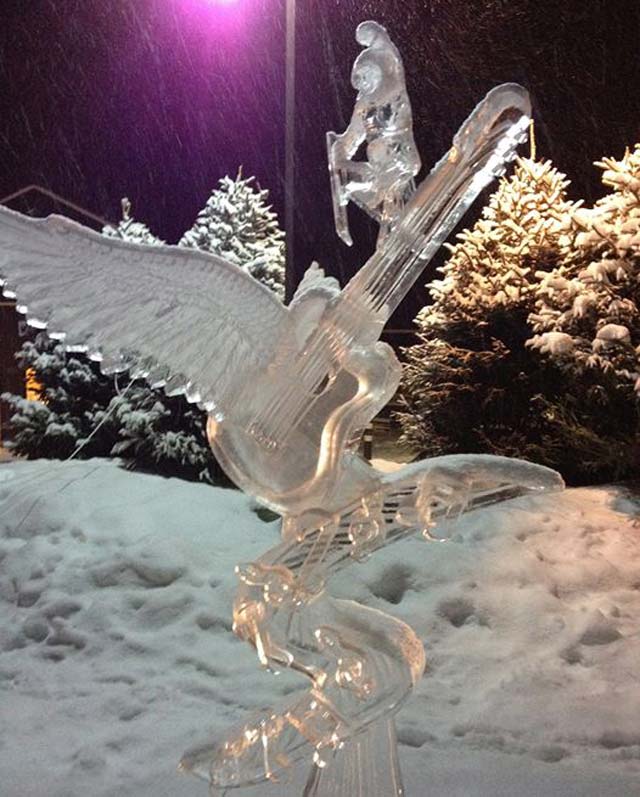 The carnival also hosts a Broomball and Snow Volleyball Tournament. However the highlight is the Ice Carving Competition, which takes place on January 24th.

The Long Island Winterfest, which runs from February 21st-March 29th doesn't have ice sculpting and snowball fights on the agenda. Instead, the North Fork plays host to various bands at this six week Long Island music festival. 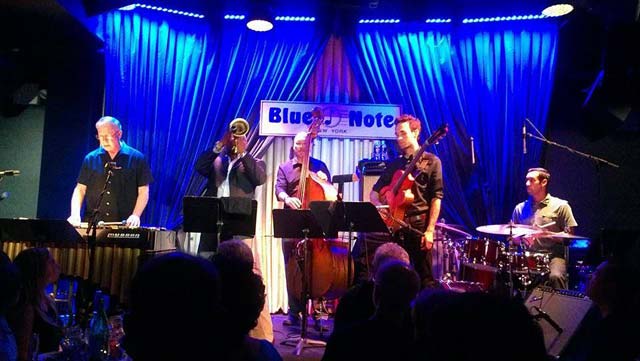 Concerts take place in venues around the North Fork from tasting rooms to hotels, so you can stay warm and sip wine while listening to live Jazz music.

If you've ever dreamed of seeing a Motorcycle & ATV Ice Race Championship you should head to the Lake George Winter Carnival. This annual winter celebration has been around since the 1960s, and takes place on February weekends, running from February 7th through March 1st. 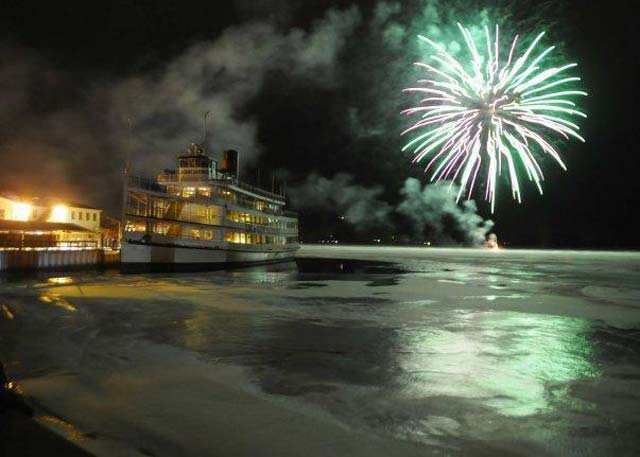 Weekends are packed with fireworks over the lake, bonfires on the beach, BBQ & Chowder cook-offs, ice diving demonstrations, a giant snow slide, among many other activities and events amidst the backdrop of the scenic snow filled Adirondack mountains.

Alison Lowenstein, Gothamist Getaways editor, is the author of NYC guidebooks, and travel articles for National Geographic Traveler, Newsday, NY Daily News, etc. When she isn't planning trips, she enjoys jogging around the streets of NYC. Despite her athletic pursuits, her favorite food is the donut. You can find her on Twitter at @cityweekendsnyc