Why settle for the random coyote in Riverside Park when you could head west for some real wildlife? The resounding snort of the northern elephant seal—mirounga angustirostris—beckons adventurous weekend visitors from San Francisco as well as techie travelers who might be looking for an exotic break from meetings in Silicon Valley. Amid the rugged coastal scenery of Año Nuevo State Park, which lies just 75 minutes from both San Francisco and San Jose, up to 10,000 gargantuan animals come ashore twice a year. 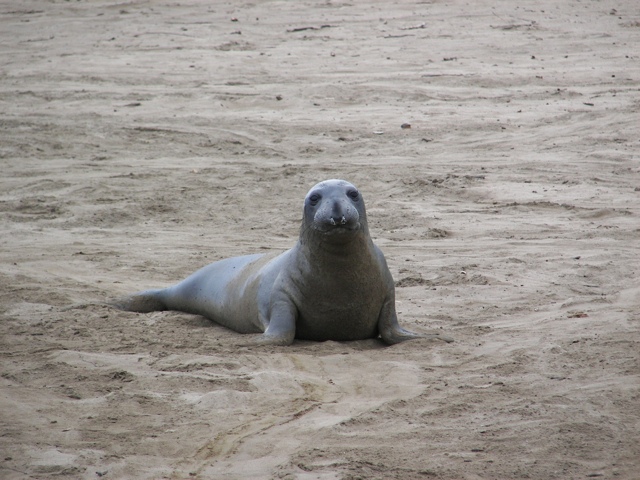 A Massive Meet-Up
These are not the sleek ball-balancing seals you've probably seen at zoos and theme parks. Brown or gray, with noses the shape of rubber boots, grown male miroungae routinely weigh up to 5,000 pounds and are up to 16 feet long. The females aren't exactly delicate flowers either, weighing up to 2,000 pounds and spanning 12 feet long. 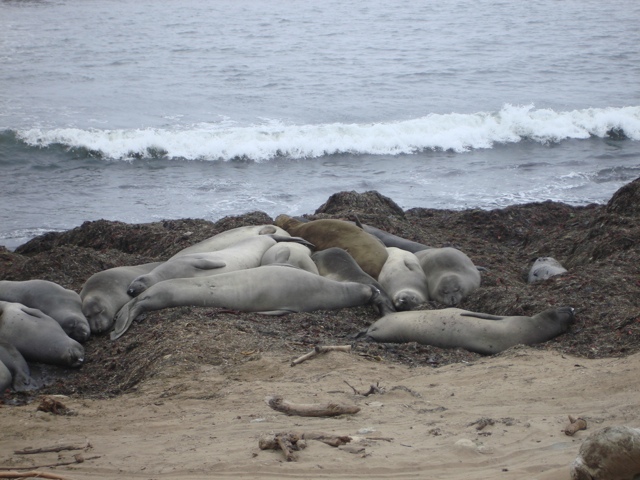 At the peak of their annual molting and mating seasons, you can walk among these behemoths as they sprawl out along the park's rocky beaches. It's a strange sight, sort of like a used car lot that smells like wet dog.

High Season Hiking
From May through August, the seals arrive in waves to shed their skin: Females and juveniles hit the beach by the thousands through June, followed by smaller groups of adult males. During the four to six weeks of seaside lounging, each seal sloughs its thin layer of hair and outer skin, which peels off and grows back in ragged patches.

While they can move surprisingly fast on sand (5 miles per hour or more—not fast enough to win the New York City Marathon but you get the idea), the seals are largely stationary during the molting months, conserving energy as they metabolize blubber, not eating for the month or more until they return to the Pacific for their annual trek north toward Alaska.

They're unfazed by wandering humans, and you need only show up at the park's visitor center to register as a guest and get a quick free orientation before taking an easy, self-guided walk through the shoreline dunes. 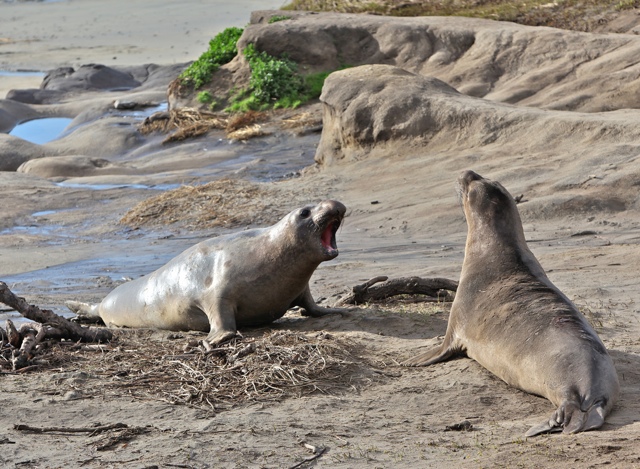 During birthing and mating season—from December 15 to March 31—visitors may only wander among the seal colony accompanied by one of the park's naturalists. You're likely to encounter newborn pups, which are three to four feet long and have a giddy, sneeze-like cry. If you're lucky, you'll see two dominant males face off in a bellowing battle over a harem of up to 30 females that rivals a Saturday night at Marquee. Reservations are highly recommended for guided hikes ($7), which depart regularly from the visitor center between 9 a.m. and 3 p.m.

Meals Before Seals
The 75-minute drives are spectacular in and of themselves. From San Francisco, it's a single shot south on California State Route 1, with gorgeous cliffside views throughout. Stop in the beach town of Pacifica and fuel up for your hike with the honey drenched bran muffins at Mazzetti's Bakery, or slurp down local oysters at Sam's Chowder House in Half Moon Bay. 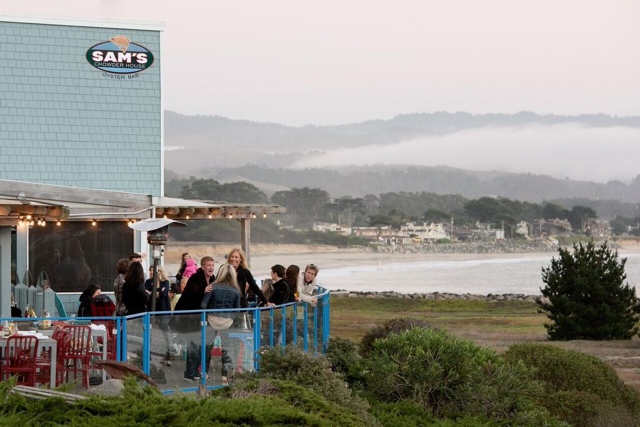 From San Jose, you'll wind your way through redwood groves and the Santa Cruz Mountains on eastbound Route 17 for the first half of the trip, then take in your share of the ocean vistas on northbound Route 1.

The college town of Santa Cruz is a good stopping and strolling point. Hit the homey Seabreeze Cafe for an artichoke omelette the size of a throw rug. While it may not sustain you for a migration to Alaska, you'll definitely be satisfied for your journey to Año Nuevo State Park.

Jim Gladstone is a San Francisco-based writer and creative strategist.

#Año Nuevo State Park
#elephant seal
#gothamist getaways
#original
Do you know the scoop? Comment below or Send us a Tip
A new Gothamist is coming! We’ve moved comments over to our beta site. Click here to join the conversation and get a preview of our new website.