Shortage of Keys to City Reported as A-Rod Gets One 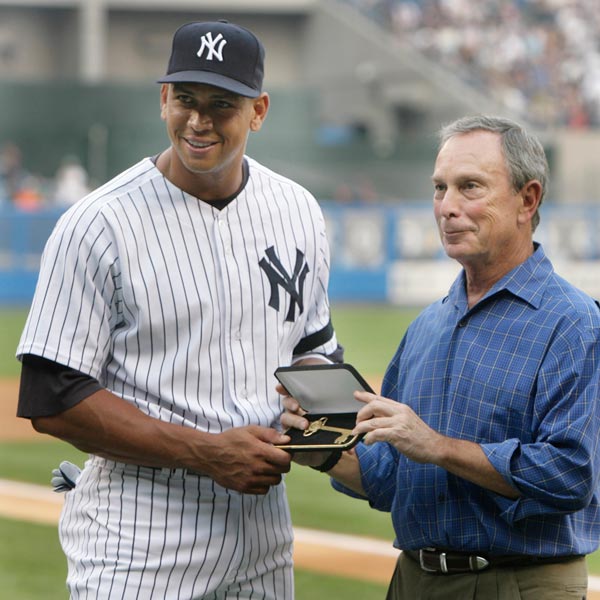 Quick, call the locksmith! Before Thursday's Yankees-Tigers game, Mayor Bloomberg gave away yet another key to the city. Just last week, Bloomberg gave a ceremonial key to Mets pitcher Tom Glavine for winning his 300th career game. Thursday's key was for Alex Rodriguez hitting his 500th career home run. Rodriguez said that the key "will be something I hold dear to me for the rest of my life." In addition to receiving the key Thursday, on Monday the Yankees gave A-Rod home plate, a silver tray with an inscription from George Steinbrenner, two portraits, and a sculpture.

It's unclear if the key to the city of New York will work in any other cities - like Anaheim, Boston, Chicago, Los Angeles, or San Fransisco - or if it only works in New York.

Photo of Alex Rodriguez with Mayor Bloomberg by AP/Seth Wenig