Seen on the Corner of Allen and Houston, Take Two 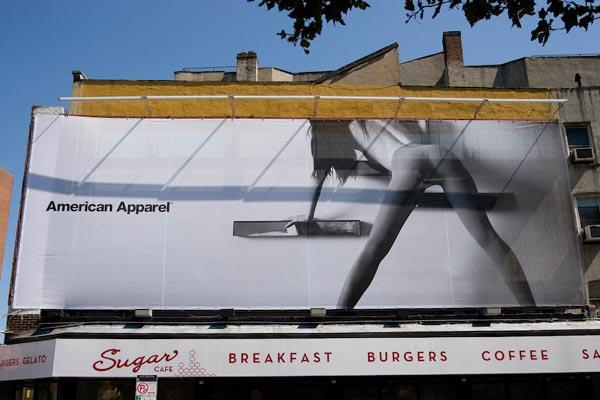 If you like butts and you cannot lie, Allen and Houston might be the place for you. Then again, maybe the butt and legs pictured in American Apparel's new billboard aren't your cup of tea. Astute readers (or LES residents) may remember the "beaver shot" that previously adorned the corner.

Some neighbors are actually fed up. Reader Jessi tells us, "Many of us on the Lower East Side and East Village are very opposed and irritated to put it mildly, that we have to stare at this new 50 foot billboard every morning and night...This billboard is too much damn much Many of us have emailed them, and have been told they will discuss it. But enough is enough."

So, what's more offensive/eye catching/brilliant/sexy, the "beaver shot" with the thigh-highs or this image that doesn't even mention a product. Up next, we expect a totally nude picture of an American Apparel model fellating Dov Charney in the space.

After the jump, there's a tighter crop of the advertisement in question. 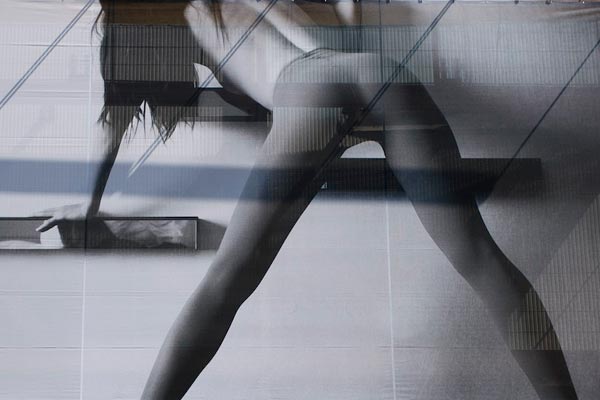 #american apparel
#dov charney
#east side
#east village
#houston
#Lower East
#Lower East Side
#Miscellaneous
#nude
Do you know the scoop? Comment below or Send us a Tip