Sailing In Newport For Dummies

For anyone who didn’t grow up in New England, "boating" culture can seem mysterious: Why do men wear red pants? What’s an aft? Who owns boats, anyway? Where do you park them—is it even called parking? To answer these questions and conquer my irrational fear of wearing boat shoes, I headed to Newport, Rhode Island, a charming town with a nearly 1:1 boat-to-human ratio, located three hours by train from New York. 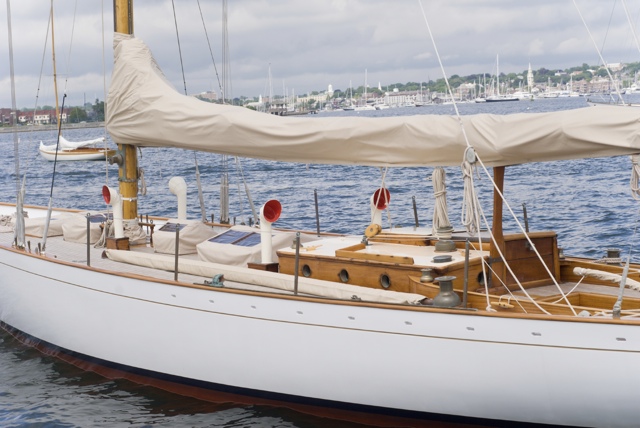 A sailboat in Newport (istockphoto © mblea041)

To acclimate myself to the one-time playground of Edith Wharton and the Vanderbilts, I stayed at Forty 1 North, a gorgeous luxury marina resort especially popular with yacht owners who can’t find Eastern seaboard marinas big enough for their large vessels, and also set sail on the American Eagle, a former America’s Cup defender previously owned by Ted Turner. But mainly I tried not to get seasick. Or drown. Here’s what I learned.

When’s high season? What should I wear?
Beginning Memorial Day, the docks at Newport are crowded until August, when boats usually cruise to Nova Scotia, Martha’s Vineyard, and Nantucket. Stripes are appropriate. Scarves and anything with dangly bits that can get tangled and strangle you as you raise the sail are not recommended.

Are the terms "boating" and "yachting" interchangeable?
Only if you want to be thrown into Newport’s jail for the ignorant. You’d probably fish off a boat, but get served a multi-course meal on a yacht, which usually have elements of luxury—custom details, fancy pillows—not seen on more practical fishing boats. In short, all yachts are boats, but not all boats are yachts. Size also matters, but when does it not?

Schooner, sloop—what’s the difference?
A schooner has two sails. But the 12-meter sloop is another beast entirely. This is the class that sailed the America’s Cup after WWII, which took place off Newport from 1958 to 1983. Now a new breed of souped-up yachts competes for the coveted cup, but many of the wood-built "American Twelves" sail on in Narragansett Bay in Newport under America’s Cup Charters, the only place in the U.S. where one can charter Cup defenders.

Will I fall off?
Not unless you want to. The racing vessels make for an incredibly smooth ride because they’re heavily ballasted on the bottom with 600,000 pounds of lead. This also means you won’t throw up that delicious lobster roll you ate earlier.

Is a yacht tender how single boats meet other single boats?
You’re thinking of Tinder. But they work in a similar way. A tender is how a young single yacht meets a dock, and then hangs out there so its owners can hop on land for awhile, because a man cannot live alone at sea forever. Forty 1 North has a yacht tender program http://www.41north.com/marina-yacht-tender.aspx for vessels less than 36 feet, but can also accommodate super-yachts up to 250 feet. It’s a serious business—there are 5,000 pounds of electric cable running under the dock to juice up all the yachts. 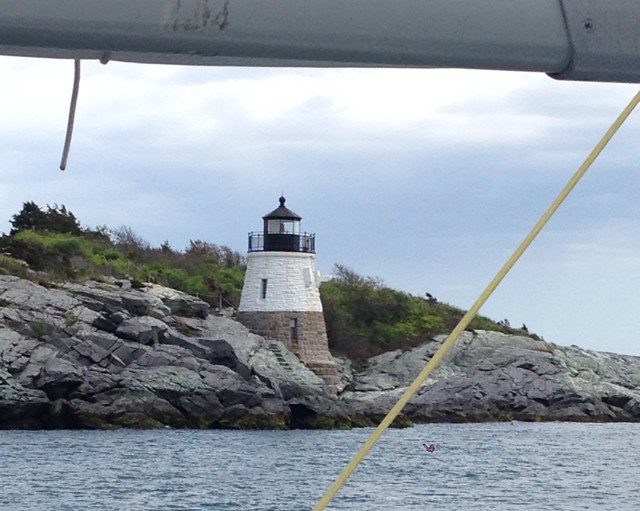 Why’s the bathroom called the head?
According to Captain Herb Marshall, who sailed the American Eagle while I was onboard (and bought the boat from Mr. Turner), it’s called a head because—cue the obvious—it’s at the head of the ship. Also, conveniently, "when you turn your back, the breeze is Mother Nature’s toilet paper."

Um, not to be crass, but where does the poop go? On the poop deck?
You’re disgusting. The poop goes in the toilet. Just like on land.

What’s a jib?
It’s a cute little triangular sail at the front, er, bow of the boat. Don’t worry, Homer didn’t know either. 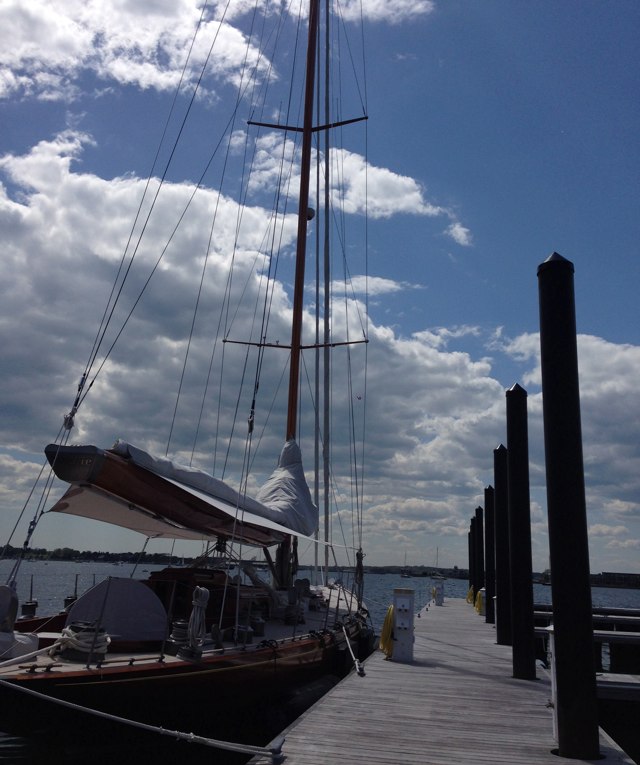 Why do the current America’s Cup yachts look nothing like the charming boats of yesteryear?
There are no rules! The defender of the Cup often goes wild during the boat building process, and also sets the location and date of the next event. Oracle founder Larry Ellison upended the Cup game in 2013 by commissioning a futuristic-looking yacht with carbon fiber sails that went 47 knots (55 miles) per hour. It was $10 million, but also made for "one of the greatest comebacks in sports history" when his Oracle Team USA came from behind to take over Emirates Team New Zealand in the finals.

I’m so into boats now. When’s the next Cup?
Not until 2017. Keep your eye in Chicago, San Diego, or Bermuda—they’re all in the running to host. San Francisco was recently shut out.

Too far away. And I’m landlocked. Can’t I sail away on Netflix?
Sure, lazybones. Some favorites from the crew aboard the American Eagle: One Crazy Summer, Captain Ron, and Wind. There’s All Is Lost if you’re feeling a bit out of sorts. Or save yourself two hours—and a boat trip—and watch Bill Murray become seaworthy in What About Bob? He’s sailing, he’s sailing! 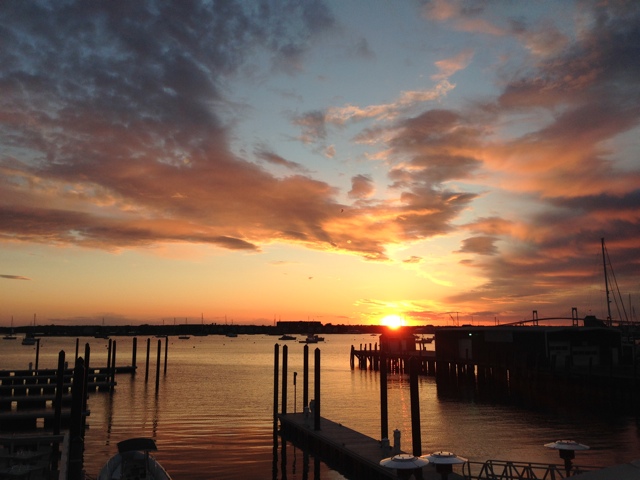 Stay at Forty 1 North, located in Newport, Rhode Island, for a waterfront fix. Summer rates begin at $395 a night.

Sail your own 12-meter yacht through America’s Cup Charters, http://www.americascupcharters.com/ with rates starting at $2,340, including the boat and crew. Large groups can charter multiple boats and host their own regatta.

#gothamist getaways
#Newport
#travel
#yachting
#original
Do you know the scoop? Comment below or Send us a Tip