Rags to Riches, a Filly, Wins the Belmont 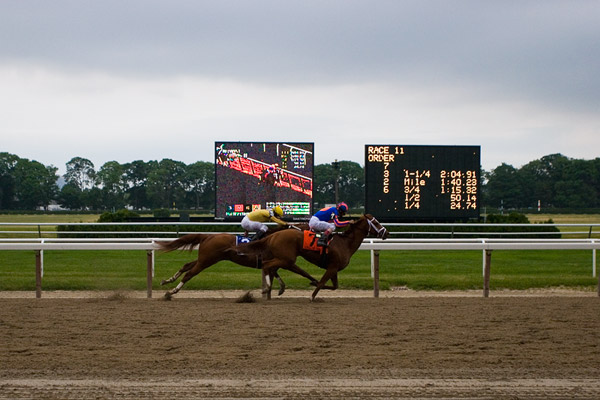 A lot has changed for women in professional sports since 1905, but in that same time period no female horse has won the Belmont Stakes. Spectators at 139th running of the Belmont Stakes witnessed a little bit of history as Rags to Riches became only the 3rd filly in history to win the race. It was the first filly to win a Triple Crown race since the 1988 Kentucky Derby. Excelling at "Test of the Champion" seems to be in the blood of Rags to Riches. A.P. Indy, her father won the stakes in 1992, and her half brother Jazil won last year.

The race was both trainer Todd Pletcher's and jockey John Velazquez's first win in a Triple Crown race. Rags to Riches, who stumbled out of the gate, won the race with a time of 2:28.74. Pre-race favorite Curlin finished 2nd and Tiago showed. Only 46,870 were on hand for the day, the smallest crowd since 1996.