Mr. Met Up for Hall of Fame 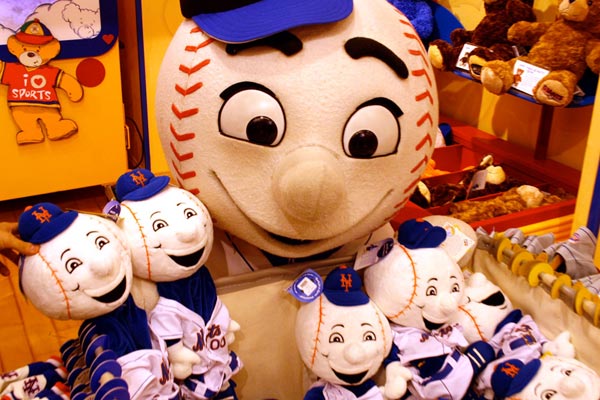 There's one member of the Mets that is up for the Hall of Fame today. The Mascot Hall of Fame, that is. The round-headed ball of a mascot is trailing by about 5,500 votes in the race for popularity on the Mascot Hall of Fame website. He trails The Coyote, the mascot of the San Antonio Spurs. The Post pulls out all the stops to make sure Mr. Met is the top vote getter. Pulling out the stops like the Mets did in an attempt to get Paul Lo Duca into the All-Star Game.

Mascots can only be nominated if they've been in service for at least 10 years and have "a major impact on their sport, and/or community." Uh huh. The other nominees for induction are: Hugo The Hornet (New Orleans Hornets), The Mariner Moose (Seattle Mariners), The Oriole Bird (Baltimore Orioles). Even if Mr. Met wins the online popularity contest, we're unsure what he would get. The Hall makes no mention of Internet voting in their voting process:

Even so, it's clear that Mr. Met should be inducted this year by the committee, which is composed of an executive selection committee, voting members (current mascots for at least 3 years or promotional director for at least 2 years), and inducted members.

Photo of Mr. Met and his minions by Neil Epstein on flickr