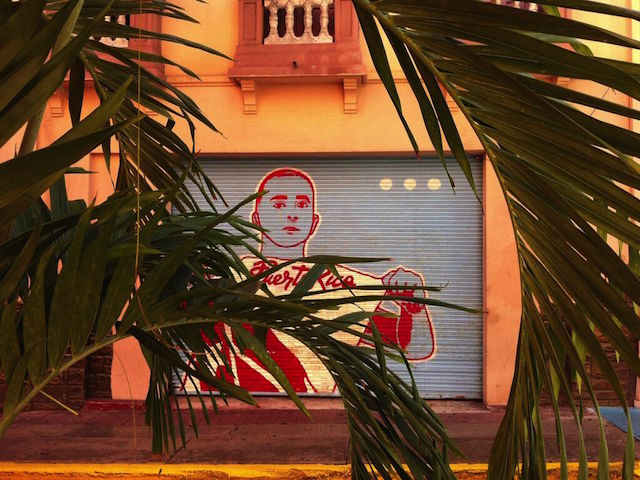 "Be sure to try mofongo," my Pilates instructor said when I mentioned I'd miss the next class because I was going to Puerto Rico.

"Great," I thought. "Dancing's not my thing; but maybe I'll catch a performance." I later determined that mofongo is not part of a hip-popping Latin ballroom routine, but rather, a starchy bowl of deliciousness comprised of mashed-up fried green plantains (sometimes cassava), broth, garlic, olive oil and pork cracklings (chicharrón) or bacon. The plantain basket forms the foundation of numerous entrees, typically involving chicken, beef, seafood or vegetables. It's usually topped off with a tomato-based Creole sauce or a cream-based garlic sauce.

My husband and I were spending a week at the historic Hotel El Convento—once a Carmelite convent dating back to 1651, and now a lovely boutique hotel in the heart of Old San Juan. Since we had many meals to anticipate, we made mofongo our mission. 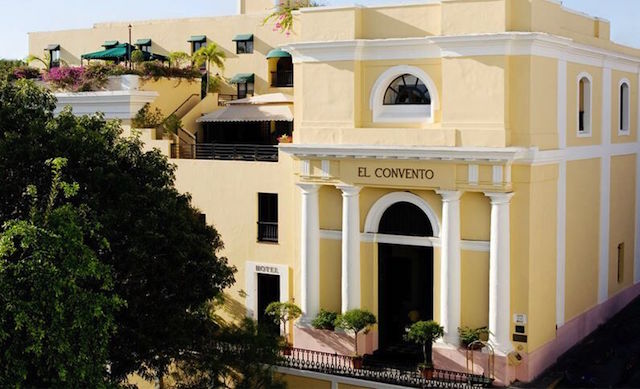 Our first cab driver recommended Café Puerto Rico and pointed it out as we drove by the Plaza de Colón—a charming square close to one of San Juan's two iconic forts: Castillo de San Cristóbal. (The other is Castillo de San Felipe del Morro. These two castles protected the island from numerous French, Dutch and English invaders, but fell to the U.S. during the Spanish-American War in 1898.) Café Puerto Rico's sweet-tasting mofongo was disappointing. Ripe plantain is sweet, but I kept hearing travelers (and locals) talk about savory mofongo. That was all the motivation I needed to keep searching.

The next morning I stumbled upon Cafeteria Mallorca, known for its namesake breakfast: a soft, sweet bun served with jam or made savory with ham and cheese plus powdered sugar on top. Mallorcas are washed down with café con leche—and Yauco, Puerto Rico's rich coffee, is ideal to keep travelers going. 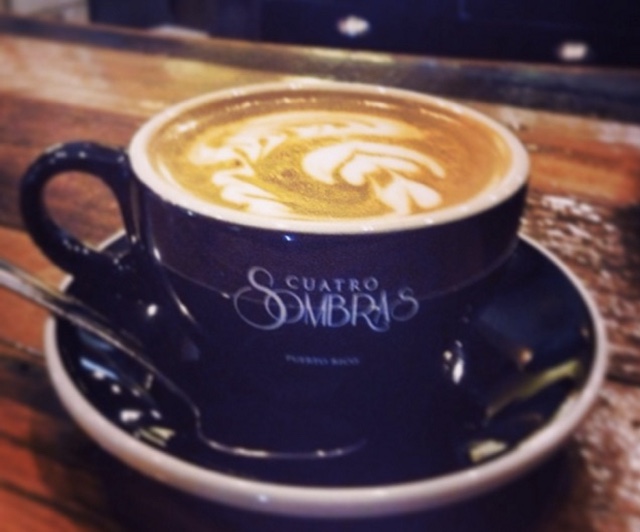 It's common for Puerto Ricans to greet diners at the next table. Fortunately the gregarious woman at the next table, Marta Rivera-Torres, said good morning and just kept on chatting. She suggested an extensive itinerary—much of it culinary/ 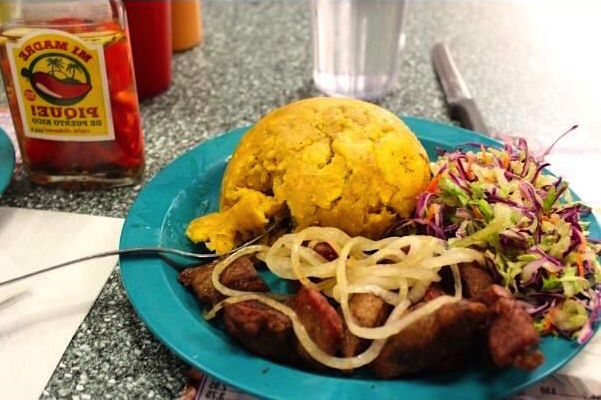 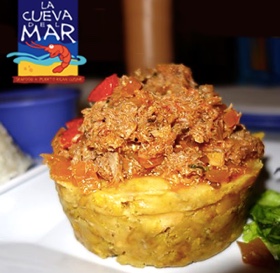 We spent a leisurely week following her recommendations around Old San Juan, including La Cueva del Mar on Calle Recinto Sur for chicken creole mofongo (Tip: there are several locations. This one's near where the cruise lines dock, so it's best to go for an early lunch or late dinner); Café Cuatro Sombras for the best cup of coffee (Cuatro Sombras is a single-origin specialty coffee) and Café Manolin for arroz habichuelas—Puerto Rican rice and beans—with beefsteak.

Perhaps it's not a fair comparison because Café Manolin was my last stop before flying home and I was rushed, but I give La Cueva del Mar my "best of those we sampled" award for savory mofongo in Old San Juan.

And although I didn't dance the "mofongo" in Puerto Rico, we did see an incredibly graceful flamenco show at Restaurant Rosa de Triana just across the street from Hotel El Convento.

Sarah Jaquay is a travel writer based in Cleveland who writes for AAA Journeys Magazine, TheWineBuzz Magazine, Currents, Country Living and many other publications. She survives Great Lakes winters on hearty fare and is determined to find mofongo closer to home.

#gothamist getaways
#mofongo
#puerto rico
#san juan
#original
Do you know the scoop? Comment below or Send us a Tip