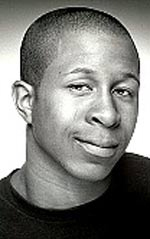 The three men accused of murdering Michael Sandy as part of a hate crime last year appeared in a Brooklyn courthouse yesterday. According to The New York Times, they struck humble poses––wearing ill-fitting suits and displaying good manners to courtroom personnel––that belie the joking manner they treated the alleged murder of a man chased onto the Belt Parkway, where he was struck by a car. The youngest of the four men accused in the crime, 17-year-old Gary Timmins, already pleaded guilty to attempted robbery as a hate crime and agreed to testify against Anthony Fortunato, Ilya Shurov and John Fox, who are now charged with murder as a hate crime, which carries a relatively stiffer penalty than simply murder.

Fortunato, who is the oldest of the four, was the one that allegedly joked about the attack to Timmins as they read about the crime the next day in the paper. Officials say that Fortunato picked Sandy from a gay men's Web site and lured him to Sheepshead Bay, where Timmins, Fox, and Shirov attempted to rob him. The Times reports that it is not the first time Fortunato targeted a gay man for robbery. The assistant district attorney in the case said that Fortunato previously bragged to Timmins that he had lured a gay man to a motel, told him to undress in the bathroom, and then stole his money and belongings. She also said that although Fortunato wasn't on the parkway beating Michael Sandy, his earlier accounts of robbing gay men and his selection of Sandy from the online site made him culpable of murder.

Defense lawyers for the three men attempted to exclude a number of pieces of evidence from the trial as prejudicial to the jury. Fortunato's lawyer Gerald J. Di Chiara attempted to exclude Michael Sandy's hospital records because they referred to an assault and robbery. Di Chiara argued that the true reason that Sandy was in the hospital was because he was hit by a car.