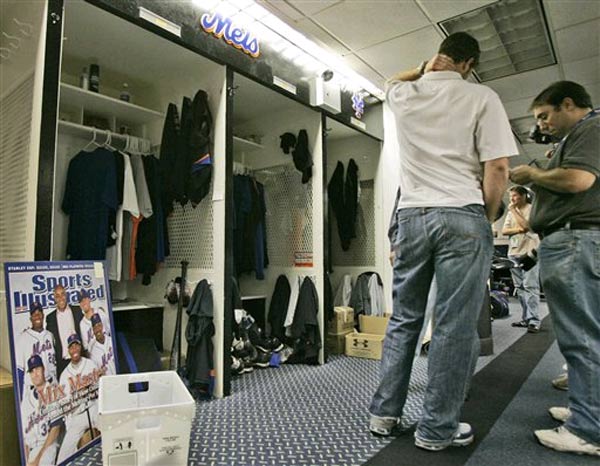 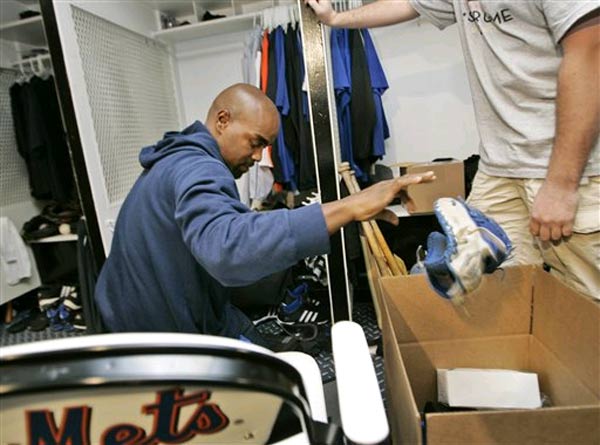 A day after the biggest end-of-season collapse in baseball history, New York Mets Carlos Delgado, John Maine and a few others cleared out their lockers at Shea (a few lockers, including Tom Glavine's and Billy Wagner's, were cleaned before reporters arrived). General Manager Omar Minaya made comments supporting manager Willie Randolph's leadership ("I believe in Willie Randolph"), and the Post reports that that kind of support will be important: "Mets ownership has ordered Minaya to recommend either the firing or the retaining of Randolph with the proviso that the GM's job will hinge upon how the decision plays out."

The Daily News felt that Minaya's comments about Randolph were more of a waffle and also noted that Mets owner Fred Wilpon's statement was "Steinbrenner-esque": "All of us at the Mets are bitterly disappointed in failing to achieve our collective goal of building upon last year's successes. We did not meet our organization's expectations - or those of our fans."

Some have suggested that the Mets were foiled by the Sports Illustrated curse. A reader wondered if it was just coincidence that on September 14, Mr. Met was announced as the newest inductee to the Mascot Hall of Fame, which happens to be the day the Mets lost a home game to the Phillies, starting their 17-game slide into oblivion. At any rate, there's something poignant and sad about the construction workers who are also Mets fans and even had to pull strings to work on CitiField: The NY Times spoke to one worker who said, “The boss is a Yankees fan. They're rubbing it in pretty good. What are you going to say? Next year?”

The Mets website has a season in review article, but we can't imagine fans want to think about 2008 quite yet.