Mayor Wants to Give Students Phones, As Long as They Leave Them at Home 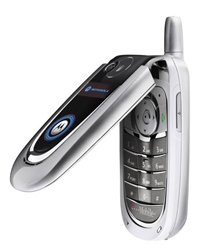 One of the economic incentives that Mayor Bloomberg supports for students that perform well in city schools could include free cellphones and airtime. Previously, incentives included cash rewards for students passed AP exams. Any plan to encourage cellphone use by student may come as a surprise to those familiar with the Mayor's strong aversion to allowing students bringing their phones to school. A small cottage industry has even sprouted at bodegas nearby public schools who charge $1 a day to hang onto students' phones during school hours.

Regardless of the already existent cellphone ban in New York's public schools, Mayor Bloomberg recently said that he would be in favor of installing cellphone jammers in city schools. The fact that such equipment is illegal in the United States doesn't seem to deter the Mayor.

"Just put it in every school, and even if the kid carried the cell phone in, they couldn't use it during the day," Bloomberg said Friday on his weekly radio show. "And I'd love to do that ... but I'm told that technology is illegal."

While active jamming remains illegal, some places like churches and movie theaters are using passive measures like signal-obstructing building materials.

#And I
#bloomberg
#cell phone
#industry
#love
#mayor
#mayor bloomberg
#new york
#radio
#schools
#technology
#united states
Do you know the scoop? Comment below or Send us a Tip