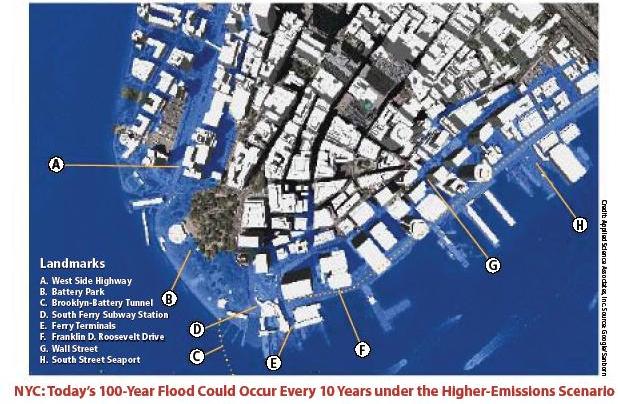 Via the CityRoom, this is a map from the Union of Concerned Scientists that depicts what would happen to the city if we don't confront climate change. From page 2 of the report on New York (PDF):

Rising sea levels caused by global warming are projected to increase the frequency and severity of damaging storm surges and flooding. Under the higher-emissions scenario what is now considered a once-in-a-century coastal flood in New York City is projected to occur at least twice as often by mid-century, and 10 times as often—once per decade on average—by late-century. With lower emissions, today’s 100-year flood is projected to occur once every 22 years on average by late-century. 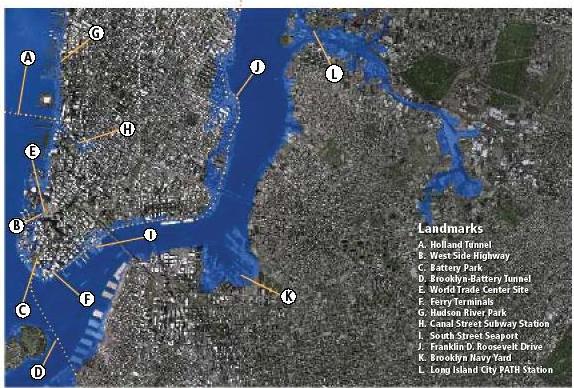 #blogs
#city
#climate change
#flood
#global warming
#health
#maps
#new york
#new york city
#the city
Do you know the scoop? Comment below or Send us a Tip
A new Gothamist is coming! We’ve moved comments over to our beta site. Click here to join the conversation and get a preview of our new website.