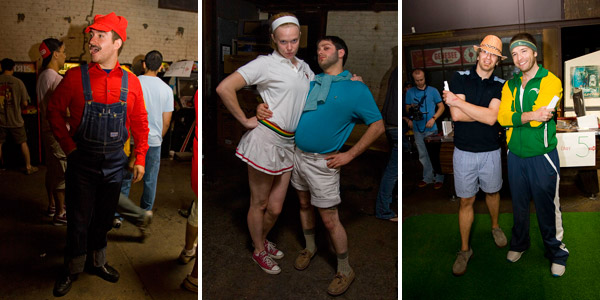 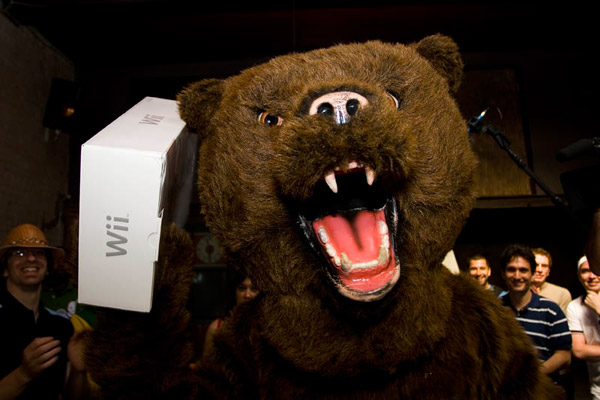 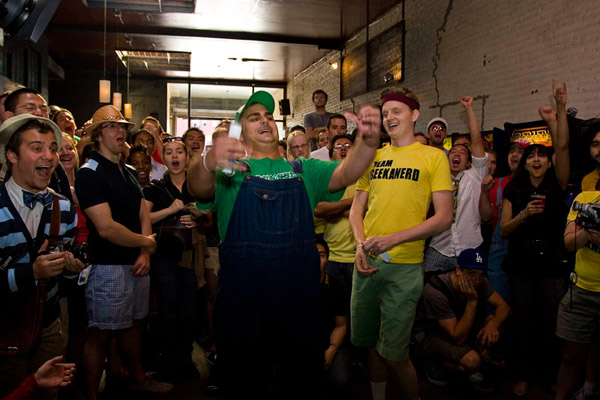 At a bar filled with arcade games, all of which pre-date the 1990's, hundreds of spectators and competitors gathered yesterday for Wiimbledon. While interest in the first-ever Nintendo Wii tennis tournament was high, only 128 competitors were able to play in the single-elimination tournament at Barcade. Players dressed up as tennis players, Harry Potter, and came in their best bear costumes (the bear was eliminated and dejected). While the competition was intense at times, it was obvious to us that several players were in over their heads.

Before each match, players determined who would serve with an intense showdown of rock, scissor, paper. The winners often decided that choosing to return was the way to go - mistakes on your service game are easily exploitable at this high level. The final match was between Russ Yagoda (Luigi from the Wii-Tang Clan) and Albert Thrower (team Geekanerd) and fittingly played on artificial grass. It was a tight match, but with Thrower serving first, Yagoda had the clear advantage, proving to be crucial as he eventually won the match.

The best costume went to Adam Duerson for the bear costume. And somehow the shortest shorts winner had relatively long shorts. Frankly, Gothamist expected to see some moose knuckle or camel toe in that category. Ramiro Garcia, who was easily the most expressive player yesterday (he inexplicably jump served and swung his "racket" with a full motion), won an award for being the most likely to cause injury.

Geekanerd had a video camera there (one of several) and already has video up from the day. And check out Gothamist's interview with Lane Buschel and Steve Bryant, the two organizers behind Wiimbledon.

More photos and a slideshow after the jump. 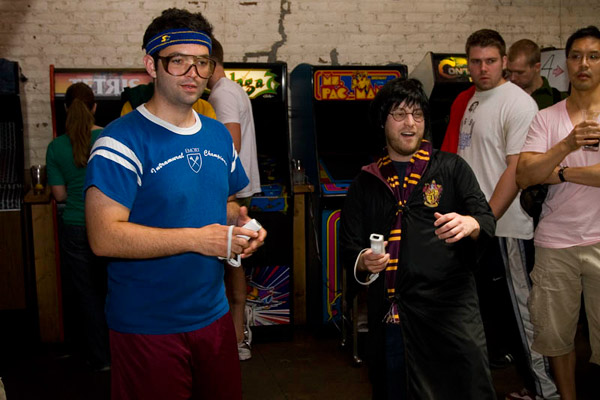 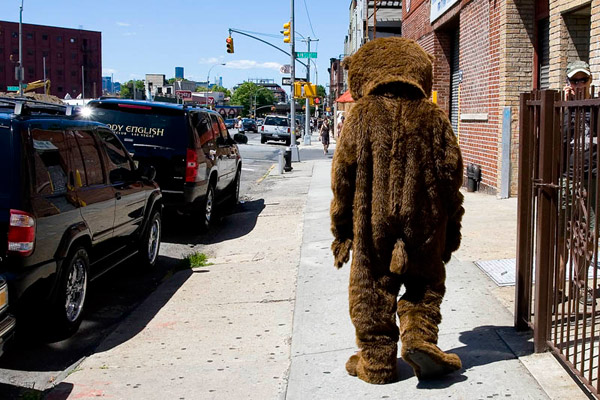 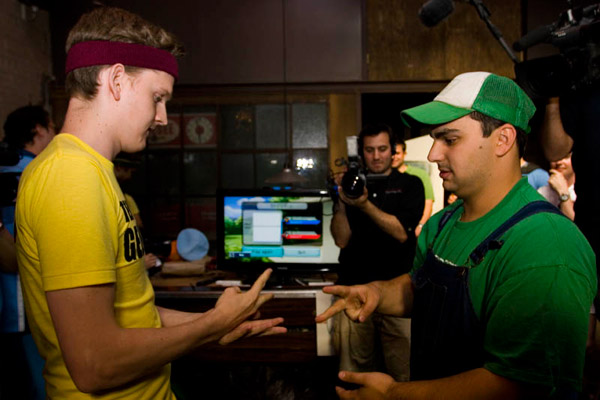 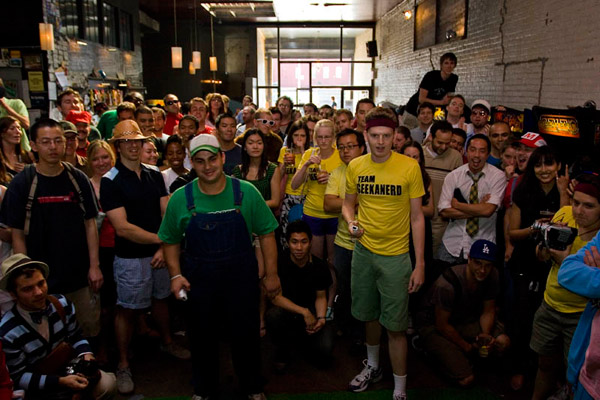