London's Calling For The Giants 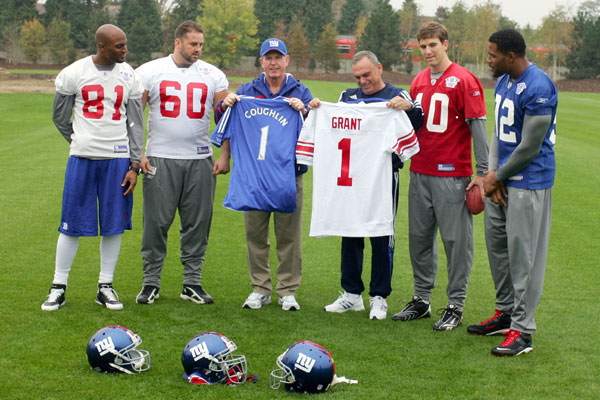 The Giants are fortunate that Sunday’s game will be played in London. Fortunate because the venue should help them avoid taking the week off against a team that has nothing going for it. The Dolphins are winless and last week lost their best offensive player, Ronnie Brown, for the season. Brown’s injury came two weeks after the Dolphins lost their starting quarterback for the year and to make matters worse, one of their top defensive players, Zach Thomas, was hurt in a car crash and will miss this week’s game.

So, all the ingredients are there for the Giants to take a week off against Miami. But, playing the first regular season game ever outside of North America should keep New York motivated. It is a sort of homecoming for Osi Umenyiora since he spent some time as a child in England and that means New York will have at least one player better acclimated to the situation than Miami’s Channing Crowder.

Derek Ward may miss the game and James Butler may also be sidelined, but that won’t stop New York. The Giants should score early and often in the rain as they dominate the decimated Dolphins.

And check out Londonist's interview with the Miami Dolphins UK fan leader, an organization that is actually recognized by the Dolphins.