Last Night's Action: No Joke as Novak moves on 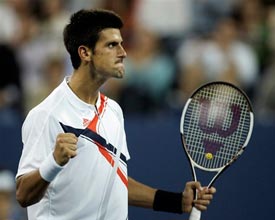