Let it be known: Denmark is more than Copenhagen and René Redzepi's Noma. Go foraging on your own and you'll discover majestic and quirky finds among the Nordic country's 406 islands. 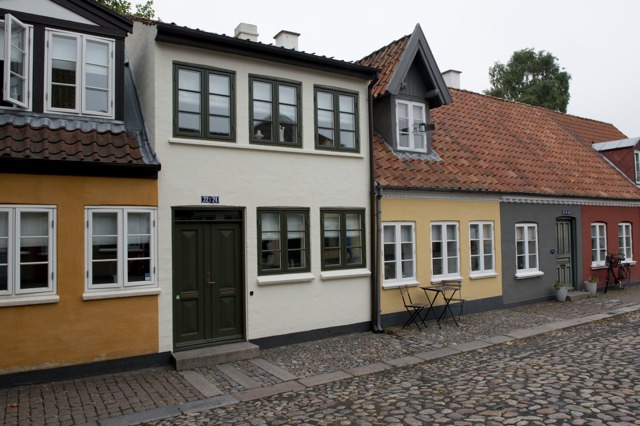 A street in Odense (© Faabi/istockphoto)

This fairytale archipelago of Funen (Fyn in Danish) offers a charming respite from Copenhagen's mid-century-inspired design aesthetic. Wander the streets of Hans Christian Anderson's birthplace, Odense, and stroll along a marked walking path culminating in a museum tour of the beloved author where your imagination can run wild.

Funen is also home to BRANDTS Museum of Art and Visual Culture. Featuring a collection of more than 15,000 works, the museum also presents contemporary explorations of artistic express, including “Tattoo,” on exhibit through Sept 22. Bargain hunters will love the museum's free admission between 5 p.m. - 9 p.m. 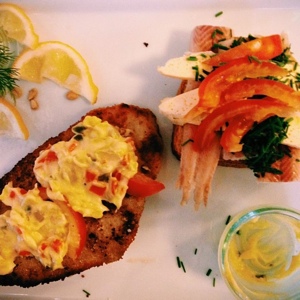 For an authentic and rustic Danish meal, Kong Volmer serves traditional smørrebrød. Pronouncing it may be impossible, but diving into these open-faced sandwiches piled high with local ingredients will make you feel like a Viking. Toppings include herring and capers slathered in homemade mayonnaise, cured meats and pickled red onion, and fried chicken cutlet with local shrimp and fresh dill. Arrive with an appetite and order family-style or have it packed picnic-style then enjoy a river cruise.

Head south to the historic maritime town of Faaborg, which dates back to 1229. The town square is dotted with cafes, restaurants and retail stores, but you won't want to miss the ferry to Aeroe Island (Ærø in Danish), where you'll unearth more charming Nordic discoveries.

Stop for a beer at Rise Bryggeri, the local brewery located on the grounds of a former dairy farm. After imbibing in one (or more) of their 15 brews and a hearty pork-centric lunch (sausage, ham and beer-braised pork, anyone?) you can hop on bike for a scenic ride to Ærøskøbing, which has become a local hotspot for quick turnaround weddings thanks to husband and wife team of John and Louisa Maloney, whose small shop and second floor wedding salon have hosted hundred of couples, both straight and gay. 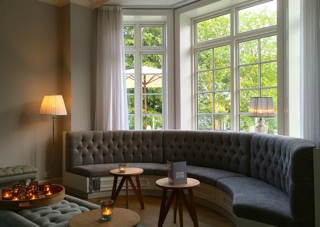 Head back to the main island and the town of Svendborg for lush accommodations at Stella Maris, a stunning property located on the Svendborg Sound. Built in 1904 as a private estate by Frederik Lehmannn Weber, the property has had several incarnations, including a convalescent home and summer boarding house. The 36-room hotel opened earlier this year and now features crisp furnishings in nautical blues and soothing neutral shades.

For a final hurrah and celebration of Danish royalty, pay a visit to Egeskov. The castle and surrounding grounds are a feast for the senses and include historic gardens dating back to 1722. The castle itself was completed in 1554 and is surrounded by a moat. Inside you'll find the hunting room, Louis XVI furniture and Titania's Palace—a dollhouse executed by Sir Nevile Wilknson and a team of craftsmen who meticulously designed the 3,000-piece miniature mansion.

The surrounding grounds include disparate but nevertheless fascinating collections, including Japanese motorcycles, vintage cars, historical women's fashions, a grocer's museum and a knight-themed Segway course—all of which would give a meal at Noma a run for its money.

#Denmark
#Egeskov
#Faaborg
#Funen
#gothamist getaways
#original
Do you know the scoop? Comment below or Send us a Tip