I Went to RiRi's Homeland in Search of Adventure Barbados seems to attract all types: widows, new lovers, and everyone in between. On my four-and-a-half hour JetBlue flight to the island I sat in a row with both a teenaged Rihanna lookalike on her way to what seemed like a modeling gig, and Gertrude, a sweet widow from the Bronx on her way to visit her son and daughter-in-law. “I wanted to get out there sooner, but oh my, this New York winter was a cold one,” she said while I helped her queue up Selma. “I didn't want to leave the house.” (Later I asked for her film review: “It was OK. I saw Malcolm X and this man didn't look anything like him. But it's hard to watch a movie after you've lived through the time.”) While filling out our customs forms, Gertrude told me with a mischievous grin, “I’m just glad I can still travel at my age.” Turns out she is 87. 87 and headed to one of the most beautiful places in the world. Gertrude knows how to live.

Sometimes called “Little England” for its Commonwealth status, the southern Caribbean island of Barbados is awash in the typical traits of island life: rest, relaxation, rum punch. (Important fact, aside from sugar and rum, Rihanna is the country’s most famous export.) But for those who don’t want to roast on the beach all day, there’s also adventure to be found. I stayed at the newly opened Sandals Barbados located at the St. Lawrence Gap — yes, it’s a beautiful, all-inclusive resort that caters to couples (rates start at $370 per person, per night) but beyond the lack of kiddies running around, you will definitely appreciate being able to gorge yourself silly without worrying about prices at one of the 11 restaurants on the property — and after all that eating (or hopefully before) you can explore the rest of the island.

Day One: Learn to Surf
On the Silver Sands beach sits deAction Surf Shop, home to pro surfer (and native Bajan) Brian Talma and his triad empire of aquatic lessons: surfing, kite surfing, windsurfing. Basically, he can teach you how to do anything involving water and a board. Er, well, not everything. One of the best things about Talma is how he responds to most questions by simply saying the word “Action.” Everything warrants an “Action,” which makes a conversation with him feel continually jumpstarted, or like you’re on a film set with an antsy director. Talma was the first guy to bring beach culture to the island, back when people thought surfing was a bum sport. Action indeed. 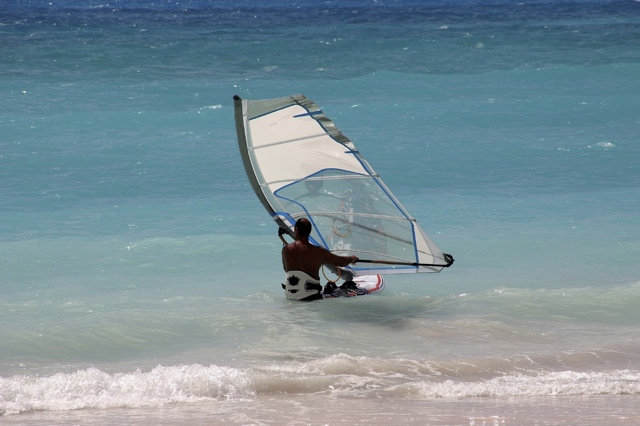 Behold, his four-step lesson for conquering waves: 1. Wide stance. 2. Head up. 3. Bent knees. 4. Arms out. You make it sound so easy, Brian. My first actual lesson? Learning you must lift your upper body when paddling, unless you like choppy waves smacking you in your moneymaker (i.e. your face, if you’re Rihanna). Until you figure that out, you’ll wonder why anyone would voluntarily head down to the Rockaways to do this for fun.

Repeating his instructions like they were a mantra for eternal happiness and salvation, I actually stood up on my first try, after he basically steered my board onto the most perfect wave. Being pulled to shore by an invisible tether might be one of the biggest adrenaline rushes in the world. Then I fell down 11 more times before catching another tiny wavelet. Action!

Day Two: Tipsy Snorkeling
The only thing better than wading among majestic sea turtles is doing so while pleasantly buzzed on bottomless rum punches. That’s basically the gist of the Tiami Catamaran Cruise, a five-hour afternoon sail along the Barbados waters, which stops periodically so you can jump out, stick your face underwater to observe creatures and also how tan you’re getting — Barbados is quite close to the equator, you know — before climbing back onboard to have one or three more drinks and a delicious lunch. It is literally the best $90 you will ever spend.

Day Three: Go on an Island Safari
There's no big game on Barbados, or none that cared to reveal themselves to me, but I did spot plenty of goats, sheep, cows, and flora and fauna while on an Island Safari jeep tour through some of the country’s 11 parishes. Breadfruit drooped from trees, frangipani flowers were beautifully invasive, and the view from Cherry Tree Hill provided a commanding perspective of the 166-square-mile island. Our guide Ian explained that while most of the other Caribbean islands have volcanic origins, Barbados formed when two tectonic plates shifted, and I thought those were the good ol’ days, back when earthquakes were beneficial. 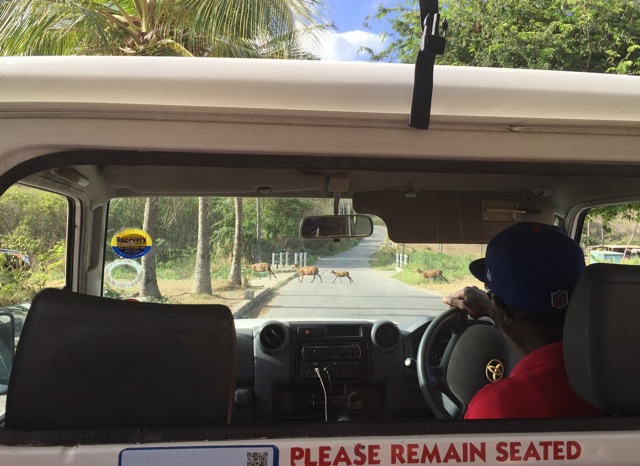 He also described the curious nighttime activity known as “wukking up,” which isn’t done in the wild, but rather in public and perhaps after a few rum punches. “It’s the gyrating of a person’s hips at high speeds,” he explained rather technically. Back at Sandals, instead of practicing “wukking up,” I ate my 15th ice cream cone at the patisserie open all day. The flavor was coconut, of course, and the brand was BICO, the national ice cream of Barbados, and it was the best I’ve ever had. Nearby a husband took his wife’s empty cup and her giddy response summed up the simple appeal of getting out of town: “I guess it wouldn’t be vacation if I cleaned up after myself.” 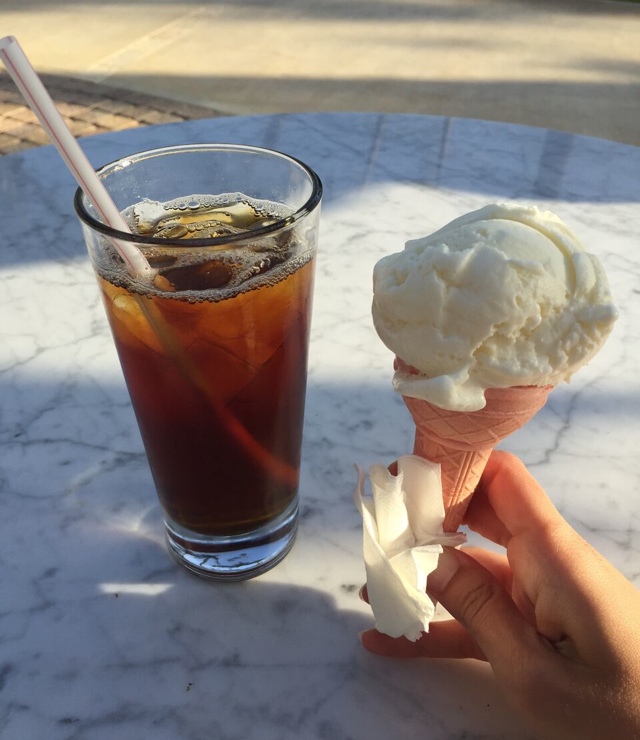 Day Four: Dance Until Sunrise
On Friday nights, bold souls whose bodies haven’t turned to Jell-O after one hour of surfing will inevitably head to Oistins Fish Fry, a warm chaos of locals and tourists eating giant plates of grilled flying fish and macaroni pie (exactly what you think it is, only better) before working it off by “wukking up” to Calypso music or simply doing that awkward shimmy everyone resorts to when they hear music they like but don’t know how to move their bodies to match. There are plenty of bars and stalls with local goods, but really, it’s about just relaxing, eating, and being merry until 6 a.m. — or however long you can hang.

Day Five: Become Depressed
Clink. Clink. On the flight back to JFK, you’ll hear the musical notes of many bottles of Mount Gay Rum in the overhead compartments, souvenirs of a well-spent weekend, bought duty-free with the hope that a rum punch concocted in a humid Brooklyn one-bedroom will resemble the ones sipped at Oistins or in the middle of the ocean. (Spoiler alert: They won’t.) After the quick trip back, the flight attendant says, “Welcome to JamaicaJamaica, Queens,” and the entire plane full of people laughs, loose and remade and sun-stained after a long weekend on an island not so far from home.

#barbados
#gothamist getaways
#original
Do you know the scoop? Comment below or Send us a Tip
A new Gothamist is coming! We’ve moved comments over to our beta site. Click here to join the conversation and get a preview of our new website.