From Kitsch To Culture In Westchester

Once upon a time, back when everything north of Central Park was pasture, part of Westchester County belonged to the Bronx. Today, the gilded towns of Westchester are no longer called “The Annex,” but they are still an afterthought for New Yorkers looking to get out of town on a sunny Saturday. That’s a shame, because the fastest way to get a hit of kitsch, culture or nature with a side of oxygen is to hop on Metro-North and head north to the eclectic, often ravishingly pretty towns that make up this diverse county just beyond the city limits.

Want the thrills of Wildwood, without the GTLs? Take the train to Rye, where you’ll find Playland, the Art Deco amusement park with an ancient, wooden Dragon Coaster that will realign your back for a fraction of your chiropractor’s fee. 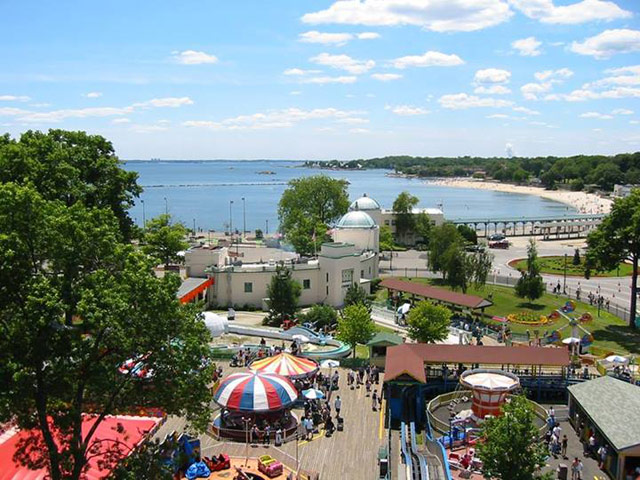 Like Coney Island, Playland has a beach and a boardwalk, but unlike Coney, your dinner doesn’t have to consist of a Nathan’s and some Dippin’ Dots: head for Seaside Johnnie’s to improve on the already stellar view of Long Island Sound with a 36-ounce “Megarita” and some surf and turf.

If you’d rather regress with a roof over your head, try Grand Prix New York, a Mount Kisco indoor go-kart track with adults-only lanes, and a bowling alley with adjacent cocktail lounge and restaurant. There’s even a slot-car track, for the ultimate nostalgia fix, drunk or sober.

Westchester residents argue that New York City doesn’t have a lock on the arts, and summer is the season when they prove it. Caramoor, a verdant estate in Katonah, is famous for its Summer Music Festival, which brings classical stars like Joshua Bell to its manicured pavilions. 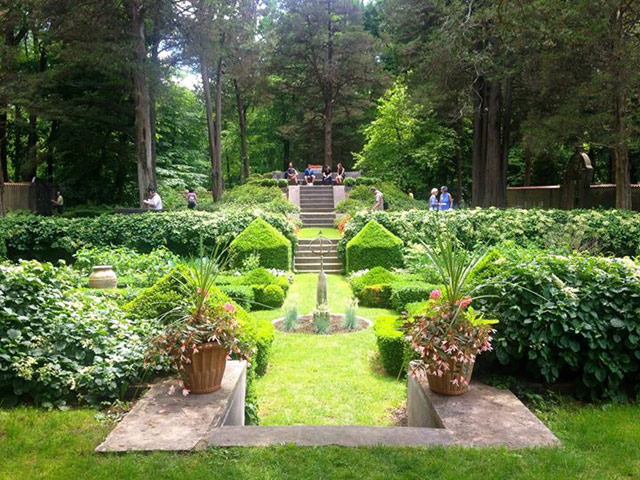 This year, the festival debuts a “Garden of Sonic Delights,” an outdoor art installation with interactive pieces by Laurie Anderson, Trimpin, and other innovators. Bring a picnic, but leave your Bryant Park brass knuckles at home—there’s room for everyone here.

Prefer your culture to be a little more conscientious (and a little more rock n’ roll)? The Clearwater Great Hudson River Revival in Croton-on-Hudson fits the bill. This historic, two-day music festival in late June takes its mission from the environmental advocacy of the late Pete Seeger. This year, Lucinda Williams, Bettye Lavette, Rufus Wainwright, and Norah Jones are among the headliners raising funds for a cleaner Hudson River. If you’ve got time on the way to Clearwater, stop off in Tarrytown at Sunnyside, Washington Irving’s picturesque estate above the waterline to see how another river bard lived, a hundred years before Seeger.

Finally, if the only reason you’d leave the city is to commune with nature, damn it, then a visit to Wildflower Island at the Teatown Lake Reservation in Ossining is a must. 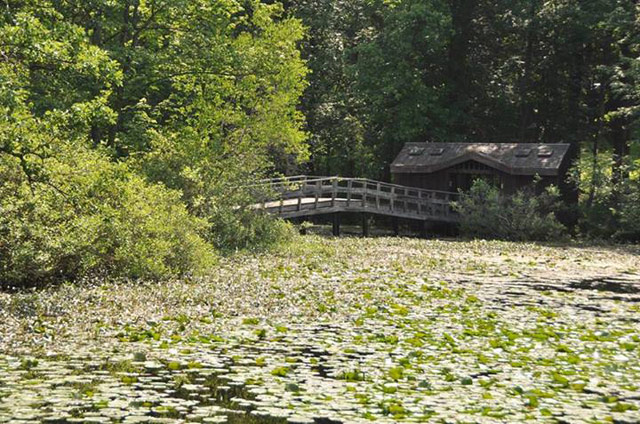 It’s more serious than it sounds: 230 native or endangered species of wildflower on a two-acre island tucked inside a nature preserve—and no children under twelve years old are allowed. Take a guided tour of this Giverny-like retreat, and enjoy the utter silence. You’ll be back in the asphalt jungle soon enough.

Betsy Bradley was born in Manhattan and raised in Westchester, to her eternal disappointment. She now lives in Brooklyn and writes about New York, headless horsemen and human zoos. You can follow her on Twitter at @knickerbockerny