Although Mexico City is only a five hour flight from New York City, New Yorkers don't typically visit the southern capital, often opting for resort-filled Tulum or the Riviera Maya instead. Although the Distrito Federale or DF gets a reputation for being dangerous, it's become much safer for tourists to visit, and it contains some unmissable historical sites, world-class museums, the largest park in North America, and criminally cheap-yet-delicious food. In other words? It's time for a visit. Ahora.

If you want a sunnier, friendlier version of Williamsburg, book a hotel in the Roma or Condesa neighborhoods. These neighborhoods, with their streets named after other cities in Mexico, are colorful and cool, with coffee shops on almost every corner. There’s also the cool neighborhood of Coyoacan, which was where Frida Kahlo lived; her house, Casa Azul, is now a museum and one of the best sights the city has to offer.

New Yorkers will also fall hard for Mexico City’s well-designed and scarily cheap (about fifty cents a ride) subway system. And don’t worry about taking it if your Spanish isn’t so hot: The system is designed to be navigable even if you’re illiterate, with every stop represented by a unique symbol, like a grasshopper (Chapultepec), a coyote (Coyoacan), or a palace (Bellas Artes). Each line is color-coded, and stops where you can switch lines will have both colors on it. Like the New York subway, expect it to be packed at rush hours, but otherwise it’s pretty reasonable. You can download subway maps and helpful English-language information at the Mexico Metro website.

If you’re one of the travelers who crosses UNESCO Heritage sites off of your bucket lists, the greater Mexico City area boasts four of them, compared to New York’s one (that would be the Statue of Liberty). The City University of Mexico City has a few cool buildings, but the campus is difficult to get to on public transit and the site is best known for its cultural implications more than the scenery. Meanwhile, the historic center of Mexico City, which includes the Xochimilco Canals, is a more interesting place to spend the day. Though it’s accessible via public transit, it’s worth it to invest in a tour like the ones offered by local operator Wayak. This often includes an en-route visit to Coyoacan, the City University, or both, as well as lunch.

Xochimilco is one of the last places where you can see how Mexico City looked as a watery city before the canals were filled in. Small, brightly colored boats—they all have women’s names, like Julieta or Estefania—will ferry tourists up and down one of the canals. Other boats selling beer, snacks like elote or tacos, and even jewelry will pass you - if you’re interested in buying anything, simply signal and the boat will come over and latch itself to yours long enough for the transaction to take place. 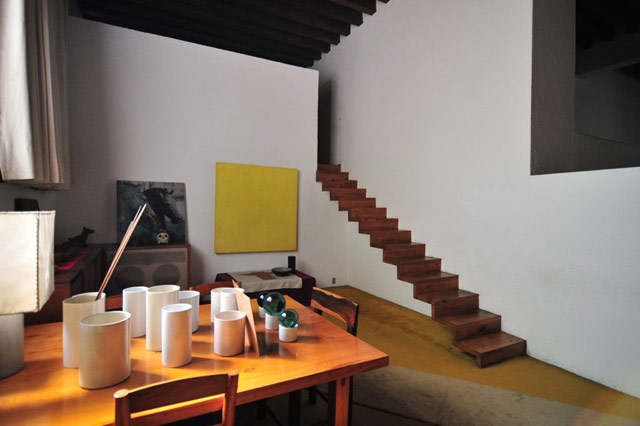 Number three, the Luis Barragan House, is near the Tamayo Museum in Chapultepec, but it is only open by appointment for pre-arranged tours, so make sure that you schedule this in advance if you’re a fan of the famous architect’s work. The fourth, of course, is Teotihuacan, or, in local parlance los piramides. 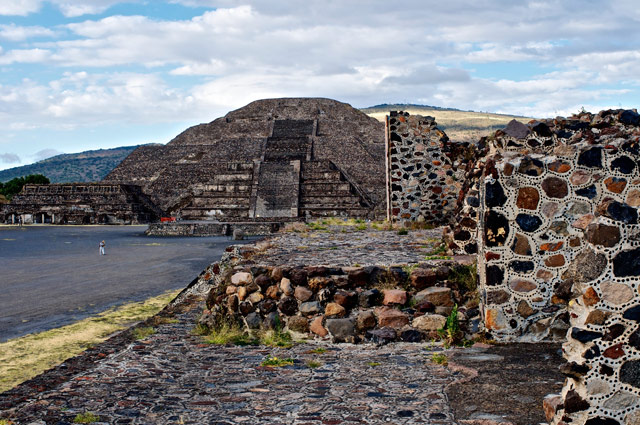 Pyramid of the Moon and ruins (istockphoto © Kresopix)

These Aztec ruins are one of the most famous UNESCO sites, and also one of the most endangered, as it’s often teeming with tourists but the Mexican government has not been able to make necessary renovations. It’s absolutely worth a trip, but keep in mind that once you’ve reached the top of the Pyramid of the Sun that there are no barriers to falling, so be cautious during your adventurous selfie-taking. There’s also wifi at the restaurant above the exit, should you not be able to wait to Instagram before going back to your hotel.

Mexico City is an urbanite’s dream. Even the most jaded New Yorker will find something to fall in love with there, whether it’s the food, the art, the architecture, or the people. And do try the crickets. They’re delicious.

Lilit Marcus is a New York City-based writer and tea addict. Her first book, Save the Assistants, was published by Hyperion. You can also look for her work in the Wall Street Journal, Teen Vogue, and The Forward. Her sister says she dresses like a librarian. You can find her at twitter @lilitmarcus

#gothamist getaways
#mexico city
#travel
#original
Do you know the scoop? Comment below or Send us a Tip