Five Things To Do In Slovenia

A decade after joining the EU, Slovenia is still one of the continent's best-kept travel secrets. This tiny country is somewhat of a midpoint between eastern and western Europe, an egg-shaped region bordering Austria, Italy, Croatia, and Hungary.

Before becoming an independent state in 1991, Slovenia passed through a large number of occupying powers over the centuries, and, perhaps as a result, it doesn't have the distinct cadre of national-identity attributes that make for easy travel fodder. Yet this complicated history has produced an unusual present-day mix of regional culture, language, and ways of life. Also—it's unbelievably beautiful.

Slovenia boasts an enviable variety of natural attractions: Alps, the Adriatic, a glacial body of water called Lake Bled, and one of the most significant cave systems in the world. With all of these tourist-friendly attributes—plus the fact that it's in the Eurozone—Slovenia won't be a secret for very much longer. So that's even more of a reason to book a last-minute summer vacation ASAP.

Essentials: Currency is the euro; time is CET (same as western Europe); official language is Slovene, though English is spoken throughout major cities and tourist destinations (many Slovenians also speak Italian, especially those in the west of the country); the major airport is in the capital, Ljubljana, though you can also fly to nearby cities like Trieste or Zagreb and drive or take a train (note that Zagreb, in Croatia, is not in the Eurozone); weather varies by region—the southern has more of a Mediterranean climate, while the mountainous north has more of an Alpine climate—but is overall a seasonal climate. Summer is often hot and humid.

Visit the capital and have the best gelato outside of Italy  Slovenia's lovely capital city Ljubljana is a must for any traveler, though you probably don't need more than a day or two to explore the sites. (Ljubljana Castle, on the top of Castle Hill, is worth the trek for the view alone). Whatever you do, don't miss pass up the chance to have a relaxing late afternoon gelato at Cacao, an incredible Italian-style gelateria with comfy outdoor seating overlooking Ljubljana River, which runs through the city. 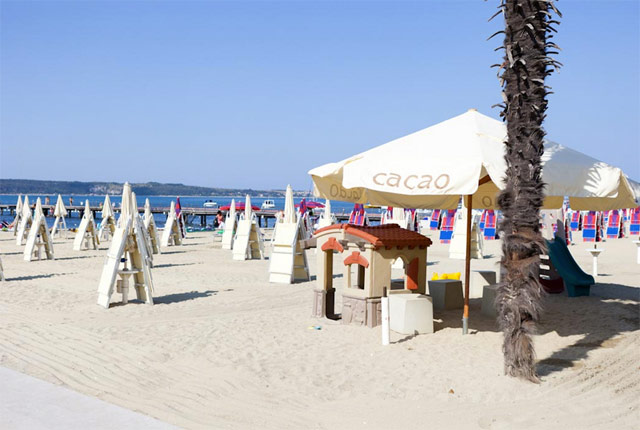 ...then spend a night in a former prison. Yes, you read that right. One of the Ljubljana's most interesting attractions is Hostel Celica, a former prison dating from the Austro-Hungarian era that has been converted into an art gallery and hostel. Over eighty artists participated in the re-imagining of twenty cells that formerly housed military prisoners. (Many of the metal prison bars have been retained, serving as a constant reminders of the building's past.)

The area that was used for solitary confinement has been converted into a multi-denominational prayer and meditation space, with altars honoring five major religions (Christianity, Judaism, Islam, Buddhism, and Hinduism), and a sixth altar that is left empty to symbolize a space for all other beliefs and religions in the world.

Paddle around Lake Bled. About 50 km to the northeast of Ljubljana is one of the country's favorite attractions. During the summer, the lake is popular with vacationing Slovenians who come to escape the heat, rowers (Lake Bled has been the site of several international rowing competitions), and couples getting married at the seventeenth-century church on Bled Island, in the center of the lake. The main attraction, though, is the scenery itself—and that can best be appreciated by paddling around in a rented boat.

Discover the coast on the Slovenian Riviera  Slovenia has a precious 40 km of coastline that shows a totally different side of the country from Bled and Ljubljana. Situated on the Adriatic Sea on the Gulf of Trieste, the resort towns of Koper and Piran offer beaches, seafood, and picturesque settings—and are also smaller, less crowded, and less commercial than their counterparts versions in Italy and the south of France. 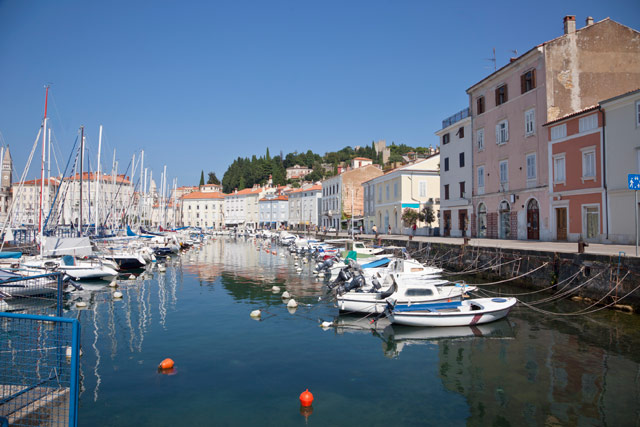 Whichever town you choose to visit, don't leave without a stop at one of the outposts of Piranske Soline, which sells salt of exceptional texture and quality harvested from the nearby Secovlje Salina Nature Park. (Alain Duscasse is a fan.) The chicly packaged red-and-white bags and glass jars of salt, salted chocolates, and beauty products are Slovenia's most stylish souvenir—just make sure to grab a few extra bottles for yourself.

Or explore the Skocjan caves. The Skocjan caves are a UNESCO World Heritage site and are considered, in terms of geological significance, on par with the Grand Canyon, the Great Barrier Reef, and Mount Everest. Wandering through is an Alice in Wonderland-type experience that is almost frightening in its scale, as you leave the light of day and descend into an endless-seeming subterranean universe at once intricate and majestic.

During the summer, guided tours are offered up to eight times a day, and while the caves are the immediate area's only big attention, consider spending a night or two at one of the local inns for a taste of the Slovenian countryside. N.B.: Many of the local inns have kitchens and will prepare meals for you, if you arrange in advance. Always say yes—especially during truffle season.

Caitlin Leffel is a writer, editor, and author of two books about New York. She recently wrote about New York childhood in literature for Frontier Psychiatrist. Follow her on Twitter and Instagram at @CLO_NYC.