Did The Two Sides Of Isiah Have A Good Night? 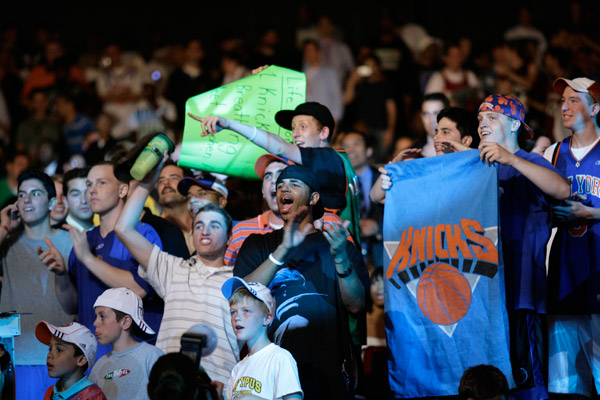 There are two sides to Isiah Thomas. There is the GM who drafts diligently building a team from the ground up, or Dr. Jekyll. And then there is the GM who recklessly trades players simply to trade them while acquiring bigger salaries and losing draft picks, or Mr. Hyde. Both sides were on display Thursday night as Isiah radically overhauled the Knicks and may have finally come up with a trade that made them better.

Zach Randolph is now a Knick and while there are plenty of questions about his character, defense and how he will share the ball with Eddy Curry, there can be no doubt about his ability. Randolph can score and rebound and gives the Knicks a second threat in the low post. In addition, they got Dan Dickau, a point guard who doesn’t look to shoot first and Fred Jones, a nice bench player. In return, the Knicks got rid of the disaster that was Steve Francis and Channing Frye, a nice player, but one who seemed to regress since he got hurt in his rookie year.

As for the draft, Isiah selected Wilson Chandler, a forward from DePaul who most scouts feel will be a better as a pro than he was in college. They could have selected Jaokim Noah, the mainstay of Florida’s back-to-back title teams and a graduate of Poly Prep, if they had not traded away that pick to the Bulls in the Eddy Curry deal. Without a second round pick, Isiah went back to the Blazers and traded for theirs, Demetris Nichols, a forward from Syracuse, in exchange for the Knicks’ second round pick next year.

As for the Nets, they also added a player with character issues, Sean Williams. Williams is unquestionably talented, but he was kicked off of BC’s basketball team midway through his junior year. If he can stay motivated about basketball, Williams will probably be the best pick in the draft except for Oden and Durant, but that is a BIG if.