Curtis Martin Officially Hangs It Up 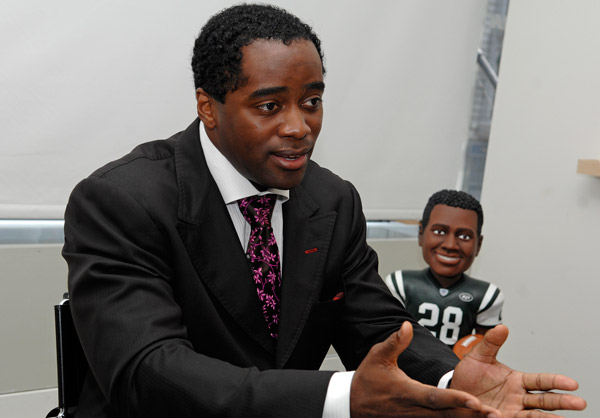 While the end of his playing days have been long over, Curtis Martin only officially announced his retirement from the NFL today. Martin, the running back for the Jets for 8 seasons, retires from the NFL after 11 seasons as the fourth-leading rusher in league history with 14,101 yards. The future member of the Hall of Fame only trails Emmitt Smith, Walter Payton and Barry Sanders on that list. Martin, 34, joined the Jets in 1998 after three seasons with the New England Patriots.

Martin's career was abbreviated by injury in 2005 after tearing cartilage in his right knee in week 2 of the season. He continued to play, but the injury worsened as the season progressed, eventually becoming a bone-on-bone injury. After surgery in December, 2005, Martin never played another down. His last game in the NFL was on December 4, 2005 against the Patriots. The Jets placed him on the physically unable to perform list for 2006 because of his knee injury.

Martin is the all-time rush leader for the Jets with 10,302 yards and in 2004, when he led the league with 1,697 yards, Martin tied Sanders' record of 10 straight 1,000 yard seasons in each of their first 10 seasons. The Jets plan to honor Martin during a special ceremony during the pre-season. Len Berman will remember Martin as one of the good guys in sports and the NFL, which seems a bit short of good people recently. One thing that Martin is considering in his post-playing career is an ownership role in the NFL.