Breaking: A-Rod Opts Out of Contract With Yankees 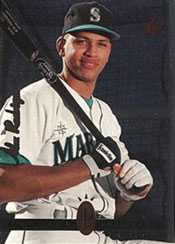 All the rumors of an extension of Alex Rodriguez's contract with the Yankees are pointless. Why? Because A-Rod has decided to opt-out of his remaining three years with the Yankees. The announcement was made by Scott Boras during tonight's World Series game. He totally jumped that 10-day opt-out period. By opting-out, A-Rod passes on the remaining three-year $72 million portion of his contract and has likely played his last game as a New York Yankee. Brian Cashman has previously said that the team would not bid for the 32-year-old 3rd baseman's services if he opted-out of his contract.

Boras said that Rodriguez, the probable AL MVP, was leaving because of the uncertain future of the team, "Alex's decision was one based on not knowing what his closer, his catcher and one of his statured pitchers was going to do. He really didn't want to make any decisions until he knew what they were doing." A report Friday said that the Yankees were ready to offer Rodriguez a contract extension of up to five years at $30 million.

The announcement leaves the Yankees without a 3rd baseman who hit .314 with 54 home runs and 156 RBI in 2007. Cashman and the rest of the Yankees front office need to fill that offensive void (which also created some distractions at times) as well as address the issue of manager, their veteran free agents, and how to climb back into championship contention.