Beyond the Bottle: Sonoma Wine Country In the scenic and delicious corner of California's Sonoma County, it's all about the wine. Cruise along winding roads in any direction and soon you'll encounter some of the state's most prominent vineyards, each waiting to welcome you to their tasting rooms. But for travelers interested in sampling a little more, not all wineries are equal. Here are a few with more on the menu than sipping alone.

Coppola Winery
Discover the ultimate winery for cinema lovers—or at least Francis Ford Coppola-film lovers—at this Geyserville wonderland. Few wineries can offer an intimate look at personal memorabilia collected through the decades by one of the all-time great director-writer-producers.

Inside the winery's Movie Gallery and Rustic Restaurant you'll find a wealth of cinematic treasures like the desk and chair used by the Godfather himself, a sedan featured in Tucker, creepy costumes from Bram Stoker's Dracula, and some of Coppola's many Oscars and other awards. 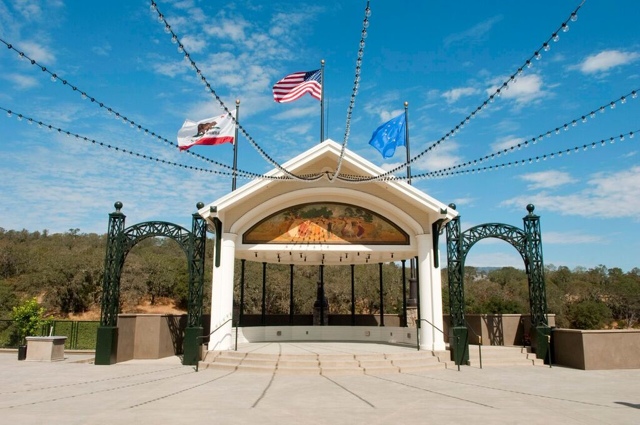 The pavilion and stage (Chad Keig)

Also on the site are bocce courts, a pool with rentable cabins (offered as part of great package deals), and, amazingly, a reproduction of the pavilion and stage featured in the opening of The Godfather Part II.

Events are held throughout the year at the sprawling estate, so check the website to find out when you can catch film screenings, outdoor dances and special tastings. Just remember to leave time for the winery tour—it's an offer you shouldn't refuse.

Paradise Ridge Winery
From its sprawling Santa Rosa hilltop, come here to experience a feast for all the senses. Break up tastings with strolls among the life-size sculptures in Marijke's Grove; absorb the storied history of Kanaye Nagasawa, one of the U.S.'s first Japanese immigrants who went on to be known as California's "Wine King"; or picnic under the blue California skies.

From May through October, join the Wednesday night "Wine & Sunsets" event with live music and local food vendors.

Beltane Ranch
Few wineries can also claim being a working ranch, but Beltane is true to its name. Along with horses and cattle, this Glen Ellen winery is home to a bed and breakfast, hiking trails, hammocks, and a tennis court. 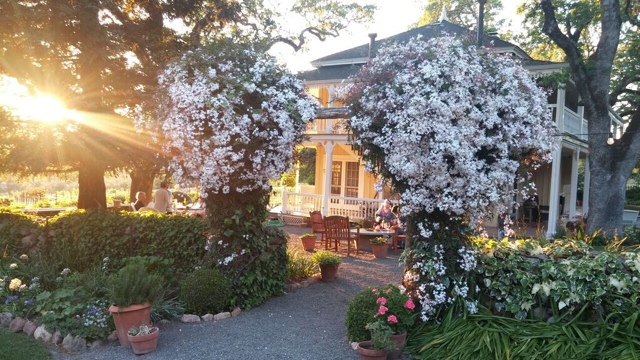 They're big on both relaxation as well as good food, so expect quiet afternoons roaming the vineyard or reading in the garden, topped off by meals featuring the ranch's amazing grass-fed beef and homegrown veggies prepared with homemade olive oil straight from the grove.

There's the red- and white-wine sensory gardens, a culinary herb and edible-flower garden, vegetable trial garden with multiple varieties of each veggie, and an "international cuisine" garden with traditional produce from different regions of the world. It's a whole new take on complementing a wine's bouquet.

#california
#gothamist getaways
#sonoma wineries
#original
Do you know the scoop? Comment below or Send us a Tip