Akumal In The Offseason: Avoiding Crowds, Cruises And Climactic Calamity

Akumal may lack the yoga-chic vibe of Tulum, its neighbor to the south, but it’s an unbeatable spot for snorkeling, and once the crowds clear out, a great base for exploring.

WHY TO GO OFFSEASON AND WHEN NOT TO GO
From mid-December through the week after Semana Santa/Easter, you can count on crowds in Akumal due to its proximity to Cancun (just over an hour away - think cruise excursions) and easy access to spectacular sealife. May is far less crowded, as is November, and early December is ideal. Technically, hurricane season runs from June to November, but most hurricanes take place from August to October. If you’re risk-averse, consider travel insurance.

GETTING THERE
There are non-stop flights to Cancun from JFK and Newark, and it’s an easy 4 hour flight. From the airport, you can rent a car (the major rental agencies are there) or take a shuttle van directly to Akumal. If you’re not planning on moving around much once you’re there, a shuttle is a hassle-free option.

That said, you should probably move around, and car rentals are easy and potentially inexpensive. They are also potentially expensive. The trick is to figure out which insurance you need to get. This is worth a call to your credit card company before you go, as insurance will likely be the bulk of what you pay for a car (the car itself will be around $8 per day. Really. Insurance can be more like $70 per day.)

WHERE TO STAY
Akumal is divided into two sections, Akumal Bay and Half Moon Bay, some 2 km apart. Akumal Bay has the advantage of being right in town, while Half Moon Bay puts you closer to Laguna Yal-Ku. I prefer Akumal Bay for its livelier atmosphere. Las Casitas Akumal, with comfy condo interiors and lush tropical exteriors, is right on the beach and walkable to everything on the tourist side of town. 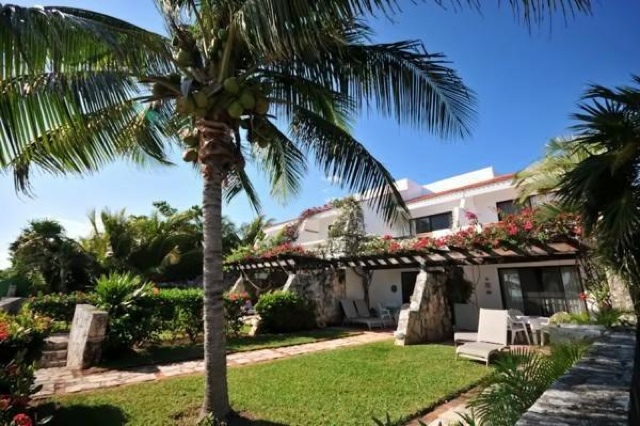 The well-maintained casitas have two bedrooms, two baths, kitchens, spacious living/dining areas, patios, and a/c (though we didn’t need it, given sea breezes and ceiling fans). Average rates are $212 per night in the off-season, with a special $127 per night rate if you’re willing to stay for 7 nights in September (see Hurricane Season above).

WHERE TO EAT
There are a handful of restaurants in town, most with inviting patios and friendly service. Our favorite dinner spot was Turtle Bay Bakery & Café. The sopa de lima, tacos al pastor and agua de sandia were worth repeated visits. For breakfast head to Imelda’s Ecococina. It’s off the beaten path, and Imelda whips up delicious traditional Mexican egg breakfasts, complete with rice, beans and tortillas. If you’re in town for on Monday night, try her Mayan buffet.

WHAT TO DO
Snorkeling is spectacular in Akumal. Rumor has it that scuba diving is pretty great, too.

The Mesoamerican Reef (the second longest in the world) is just offshore. Get some gear and a perhaps a guide (boat lanes and occasional strong surf can make a self-guided trip somewhat hazardous) and head out to see the reef and its wide array of inhabitants.

Akumal (Mayan for “place of the turtle”) is home to nesting grounds for both Caretta caretta (loggerhead turtles) and Chelonia mydas (green sea turtles). The latter feed year-round in calm Akumal Bay and seeing these surprisingly graceful creatures munching on seagrass 10 feet below you is, in itself, worth the price of airfare. If you plan to come during nesting season, from April to September, you may be able to join a volunteer project to identify and protect nesting females, nests and hatchlings. 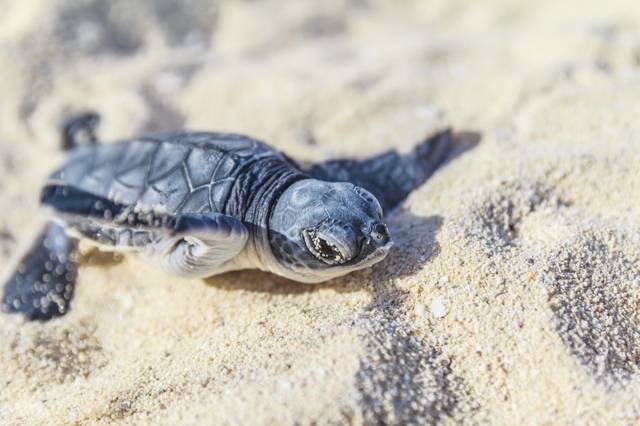 Yal-ku Lagoon near Half Moon Bay, is a mix of salt and freshwater, forming a halocline, and a lovely, calm place to see schools of tropical fish. The secluded palapas surrounding the lagoon are available for hourly rental - perfect for a discreet tropical tryst.

Cenotes. These naturally occurring limestone sinkholes allow access to a vast underground river system. Filled with remarkably clear freshwater, you can snorkel your way into a cave (or not) filled with eerie light, and see all kinds of freshwater fauna. 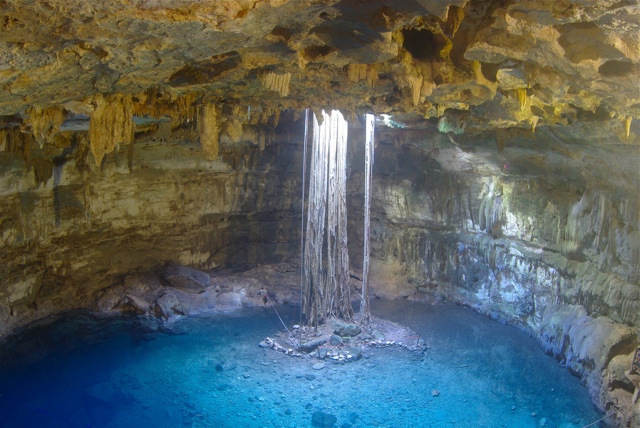 There are lots of cenotes near Akumal (if you don’t have a car, you can grab a taxi or public transport), some resembling theme parks, others unmarked and unmanned. We split the difference and went to Gran Cenote, a lower-key specimen replete with caverns, bats, and lovely cool water.

Once you’re ready to dry off, the Mayan ruins at Tulum, set on a breathtaking cliff overlooking the sea, are definitely worth the short trip south. 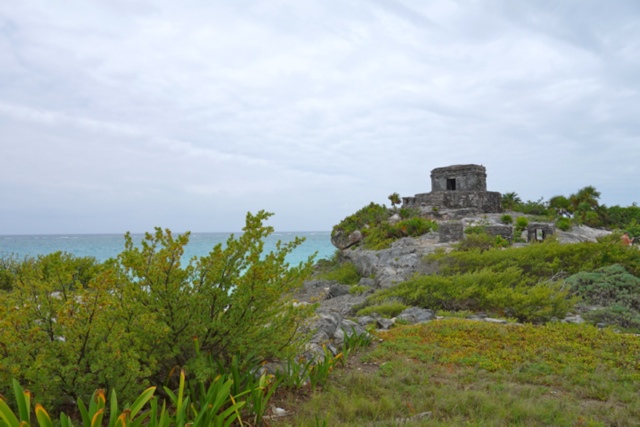 On your way back to Akumal, go west of the highway instead of east and you’ll find yourself in the actual town of Akumal, the place where locals live and shop and interact. It’s a small place, but will give you a more authentic feel than you’ll get from the oceanfront. Plus, you can stock up on tortillas and groceries.

Side note: If you find yourself in need of a hotel near the Cancun airport, the Courtyard by Marriott is a surprisingly good choice, mainly for its generic looking but authentic tasting restaurant. Following the lead of the lunching locals, I opted for the posole bar. It was hard to know where to start, what with four different enticing varieties, but I ended up going with a delicious seafood version. Its umami goodness will forever hold a place in my heart.

Amy Sirot is a writer, editor and producer whose work has appeared on National Public Radio and in Time Out New York, The Boston Globe, Wildlife Conservation, AMC Outdoors and other publications. When she's not traveling or writing about travel, she is planning her next trip.

#Akumal
#gothamist getaways
#mexico
#travel
Do you know the scoop? Comment below or Send us a Tip