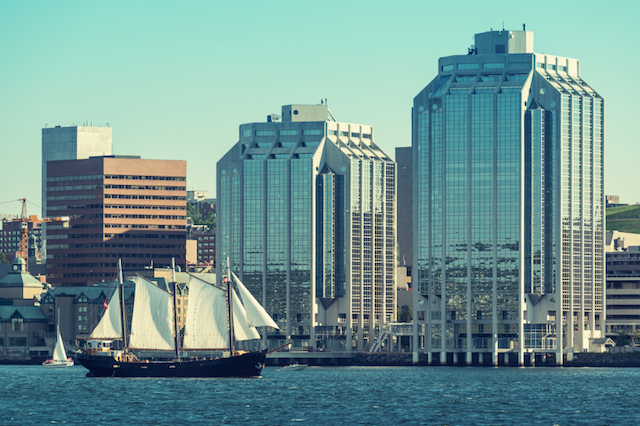 Much like the history-heavy east coast of the U.S., the eastern part of Canada—a four-province region collectively dubbed Atlantic Canada (New Brunswick, Nova Scotia, Prince Edward Island, and Newfoundland and Labrador)—comes with fascinating tales of times-past that are sure to intrigue any history buff. Uncover the region's rich beginnings, from First Nations peoples to Viking pioneers to colonists like French Acadians and British Loyalists, via these six experiences.

The oldest incorporated city in Canada, industrial, harbor-front Saint John served as a British Loyalist stronghold in the late 18th century, and boasts French colonial roots dating back further still to the early 17th century. The city's Victorian architecture (check out Uptown's Trinity Royal Historic Preservation Area) and historical sites reflect those centuries of development. Pop into the City Market (dating to 1785), or set out on self-guided historic walks along the designated Loyalist Trail, Victorian Stroll, or Prince William Street Walk, with stops at spots like the Loyalist Burial Grounds and the 1820s Stone Church. Gain even more insight at the New Brunswick Museum, Canada's oldest continually operated museum, which illustrates the region's military, shipbuilding, and industrial past. 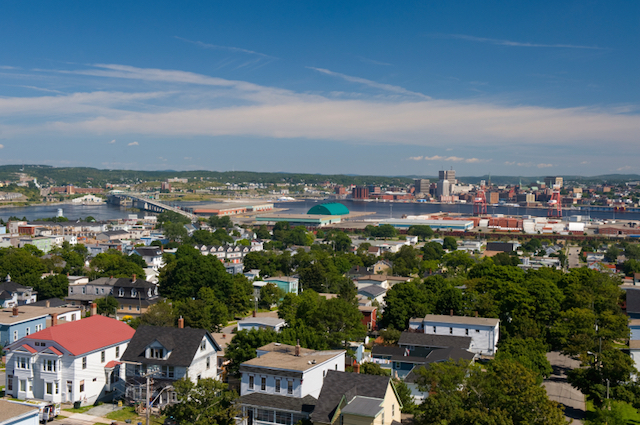 Harborside Halifax is Atlantic Canada's largest city, boasting numerous angles for history buffs to dig into. Established by British settlers in 1749, visitors can climb atop the hilltop, star-shaped, British Citadel (founded the same year), to see its reconstructed barracks, noon ceremonial cannon-firing, and re-enactors of the famed 78th (Highlanders) Regiment of Foot and their pipe bands.

The recently revamped Canadian Museum of Immigration at Pier 21, meanwhile, comes filled with engaging multimedia exhibits on the site of Canada's equivalent of Ellis Island, where more than a million immigrants were processed between 1928 and 1971. 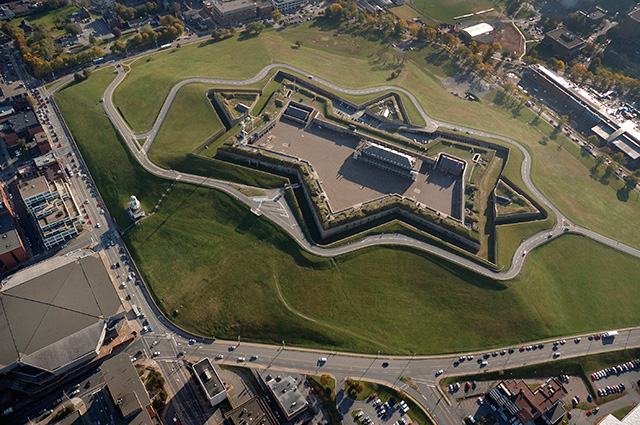 At the nearby Maritime Museum of the Atlantic, the region's maritime history is explored, with notable exhibits on the Halifax Explosion (the world's largest explosion caused by man until Hiroshima) and the Titanic, which sunk not far offshore. For even more Titanic history, visitors can sign up for a guided tour, which delves into other relevant sites in the area, including victims' gravesites. When you're done, stop by the oldest continuously running farmers market in North America at the Halifax Seaport Farmers Market, or visit Alexander Keith's original 1820 brewery (which welcomes visitors with period-costumed actors, stories, and, yes, cold beer).

The history of bilingual New Brunswick is rooted in 400 years of French Acadian community and culture, much of it clustered along New Brunswick's Acadian Coastal Drive. Learn more about the Acadian influence at spots like the living history museum, Village Historique Acadien; at the historic Monument-Lefebvre building, with its "Reflections of a Journey—The Odyssey of the Acadian People" exhibit; and at the Musée Acadien de l'Université de Moncton, with its distinguished collection of Acadian artifacts. Come in August, for added immersion via the lively Festival Acadien, held in the town of Caraquet. 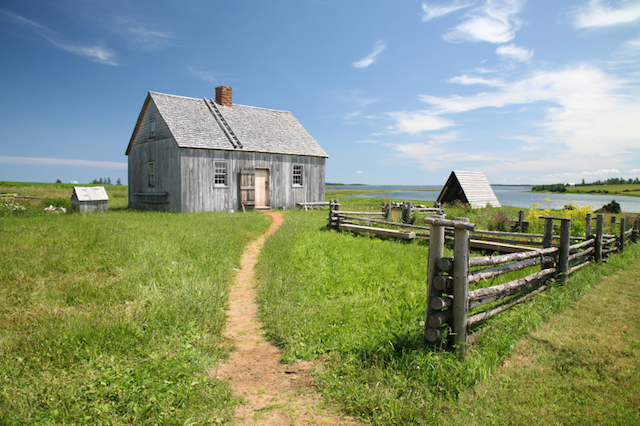 Dubbed the "Birthplace of Confederation", Prince Edward Island's capital city played host to the historic 1864 Charlottetown Conference, which led to Canada's nationhood. Related sites of interest for history buffs include highlights like the Founders' Hall; Canada's Birthplace Pavilion, which showcases the history of Canada from its inception in 1864 through to today; or the Confederation Centre of the Arts, a national memorial to the country's founders. 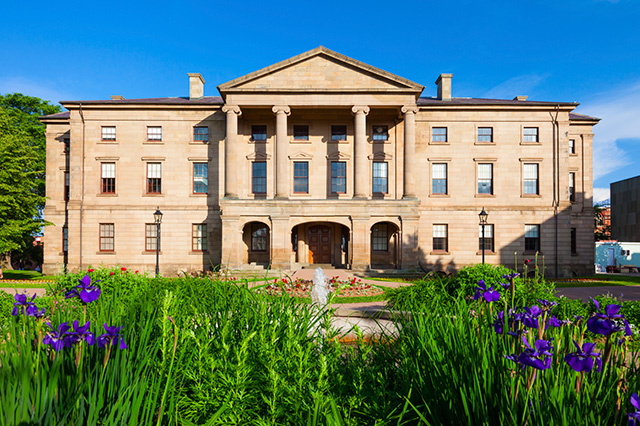 Designated UNESCO World Heritage site L'Anse aux Meadows has been confirmed as the only authenticated Viking settlement on the North American continent, dating back more than 1,000 years. Set on a windswept coast of Newfoundland's Great Northern Peninsula, archaeological remnants of an encampment from a Norse expedition have been uncovered and verified here. 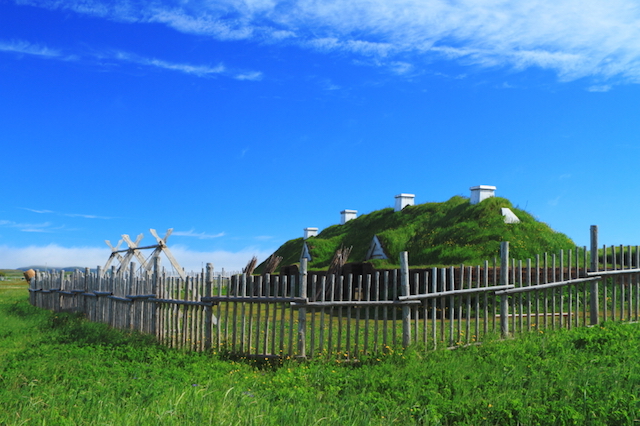 Visitors to the site can take in the artifacts, check out exhibits and films, and meet costumed Viking interpreters, too. For more, enjoy Viking-inspired fare and theatrics at the Great Viking Feast, hosted from May through September in the nearby town of St. Anthony.

The indigenous First Nations tribes boast the longest ties to and some of the richest culture surrounding the Atlantic Canada region. Explore their heritage at sites like Metepenagiag Heritage Park and Esgenoôpetitj First Nation in New Brunswick, where you can hear aboriginal folklore, try traditional foods, or time your visit to coincide with festivities like pow wows. In Nova Scotia, set out on a designated aboriginal road trip through the ancestral lands of the Mi'kmaq and other First Nations people, with stops like the Membertou Heritage Park, the Glooscap Heritage Centre and Mi'kmaq Museum, the Kejimkujik Petroglyph Tour, and more.

On Prince Edward Island's Lennox Island, visitors can explore aboriginal heritage at the Mi'kmaq Cultural Centre, set out on an aboriginal medicinal forest walk, or attend the annual Abegweit Pow Wow in August; while L'Anse-Amour in southern Labrador marks the oldest aboriginal burial site in North America, dating back some 7,500 years.

Elissa Garay is a modern-day explorer, perpetual seeker, and diligent travel scribe. When not out globe-trotting, Elissa lives in Brooklyn, NY, with her husband and two kitty-cats, where she also co-owns a culturally focused walking tour company, BQE Tours: The Brooklyn Queens Experience. Follow her on Twitter @TravelSpiritNYC.

#canada
#gothamist getaways
#original
Do you know the scoop? Comment below or Send us a Tip