A Beginner's Guide To Kuala Lumpur

Hop a plane to southeast Asia and you'll be spoiled for choice with countries to explore—and should you head to Malaysia, you'll find many adventures waiting for you in its capital of Kuala Lumpur. Frenetic, humid and haphazard, there's much to see in this bustling multicultural city. 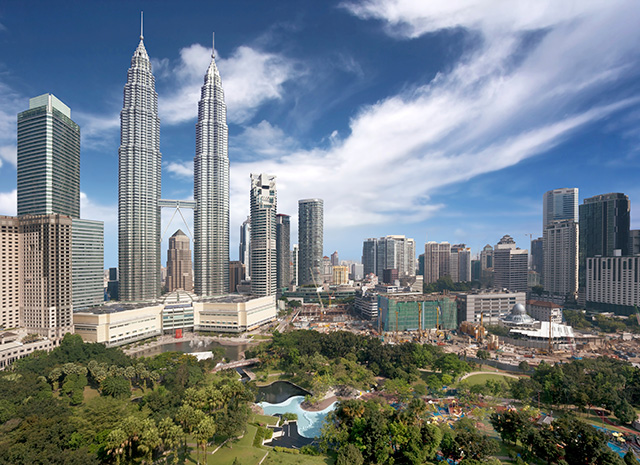 Kuala Lumpur, with the Petronas Towers on the (Claudio Ventrella/istockphoto)

Ever wanted to scale the heights of one of the tallest buildings in the world? Live out your Entrapment dreams and head to Kuala Lumpur's Petronas Towers. Opened in 1999, the 88-story towers (joined by a skybridge 558 feet above the ground) rank in the top ten tallest skyscrapers in the world, and they're a distinctive addition to the city's skyline. If you navigate through the Suria KLCC mall on the lower levels, you can buy a ticket to get yourself up to both the skybridge and viewing platform on level 86. The elevators are hot and jam-packed with fellow tourists, but the virtual windows surrounding you—depicting the view outside the tower as you ascend it—are pretty neat.

As for the towers themselves, the buildings really are quite something—you'll get a close look at the other tower from the top viewing level, which is a fantastic perch perfect for capturing spectacular photos out over the city. The rest of the city's buildings pale in comparison to the towers' height.

Islam is the official religion of Malaysia, and there are many beautiful, intricate mosques visitors can check out. These are truly spectacular to see in person, and the obvious choice in Kuala Lumpur is the National Mosque. 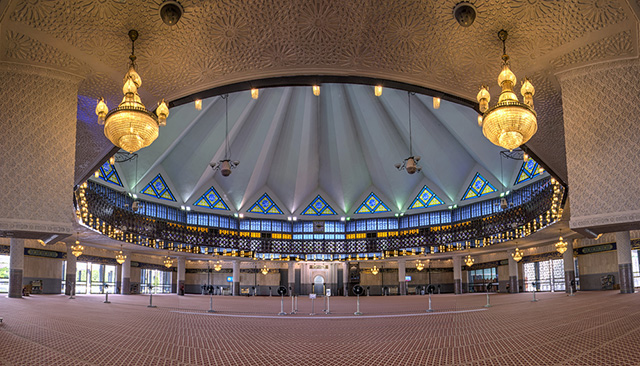 Built after the country gained independence from Britain, the ornate mosque is surrounded by huge gardens and has a capacity of 15,000 people. There are special visiting times for non-Muslims (so as not to clash with prayer times) and, while it's a good idea to dress modestly ahead of time, extra clothes are available at the entrance.

Like every other city, KL has a hop-on hop-off bus making the rounds of the city center. It'll take you past all the main attractions in town—very worth checking out if you want a break from traipsing around in the sweltering humidity (the temperature hovers around the late 80s to early 90s year-round).

The city has an abundance of shopping centers to cater to your shopping needs, just waiting to coax some serious cash out of your wallet—the currency conversion rate is $1 USD for 4 Malaysian ringgit). The mega malls—many located in the tourist and entertainment hub of Bukit Bintang— are loaded with familiar and foreign brands, and part of the reason to visit them is the unusual themes some have going on. If you've ever wanted to shop inside a giant stone replica of a pyramid and the Great Sphinx (and maybe do some ice skating while you're there), you're all set at the Sunway Pyramid mall in Petaling Jaya. 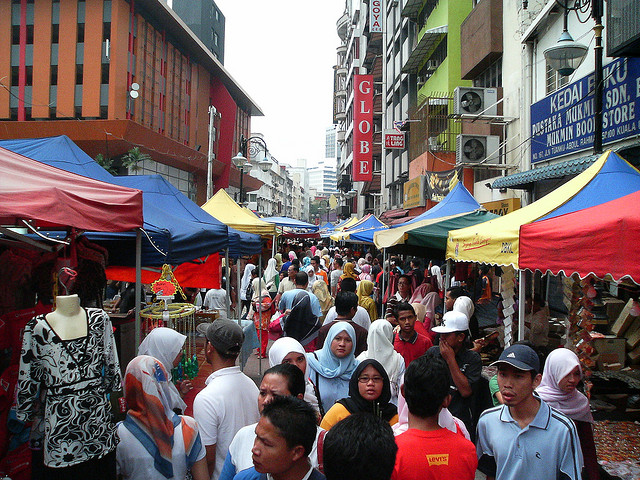 Before megamalls flooded KL, the place to shop was Jalan Tuanku Abdul Rahman. Visit the pre-war buildings and pick up some local wares. The best time to hit up Jalan TAR and its alleys is on a Saturday night, when the streets are closed to traffic and the area flips into night market mode. 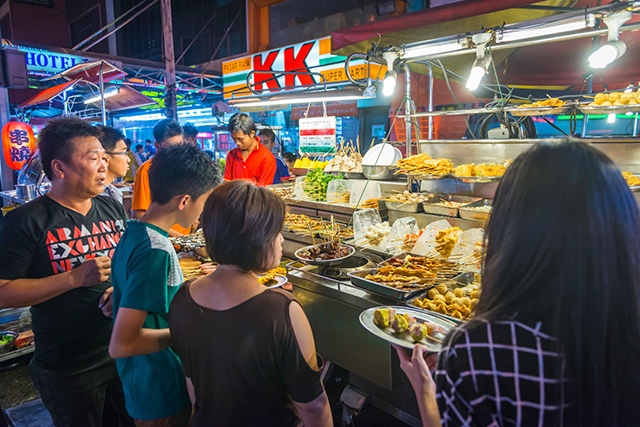 You'll be able to grab some local eats from hawkers while you're there—taste real Malaysian cuisine, a fusion of Malay, Chinese and Indian delicacies. For just a few ringgit, you can try some seriously tasty dishes like local favorites nasi lemak, chicken or beef rendang, and ayam masak merah. Pair it with teh tarik or lychee drink for a true Malaysian experience.

When it comes to local flavors, you must sample the exotic fruits native to southeast Asia. Sample one of the many relatives of lychees, and if you're brave, hold your nose and savor some durian. Its smell has been described as like rotting flesh and sewage; it once caused a leaking gas evacuation at a hospital in Australia. It's been banned on public transport for that very reason, but you can easily find the whole fruits at street-side stalls, or various durian-inspired treats around the place. 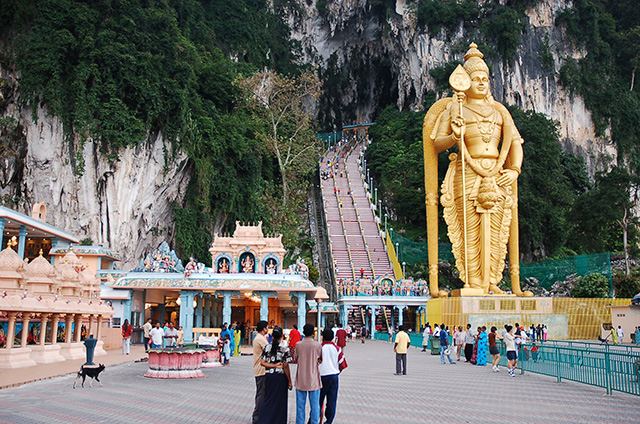 Drive north to the edge of Kuala Lumpur to see some of its most distinctive natural formations—the Batu Caves. The limestone caverns are home to a Hindu temple and shrine, and there are three main caves to explore. You'll easily be able to spot the Batu Caves from the large statue of Hindu deity Murugan at the entrance.

If you make the steep 272 step journey to the top, not only will you get to lay your eyes upon some stunning natural wonders, but you'll get a great view of the city center too. Watch out for the monkeys, and if in trouble, take a leaf out of one Yelper's book: "The monkeys will be aggressive but thanks to my Caesar Milan dog whisperer skills of calm and assertive energy they did not attack me."