Many guests check in and out of hotels without ever discovering the gems and stories of a place. So we're taking you inside some of our favorites, showcasing 5 Things to Know About...

Though it didn't open until March 2011, Mondrian Soho feels fully ingrained in the city. It's boutique-y with a whimsical, fantasy edge that sets it apart from any other property in the city. Think white and blue jewel-box rooms with soft, sheer curtains. A bar with revolving bookshelves that reveal a secret room (often used for private dinners/events). Mirrors and chandeliers everywhere you turn. 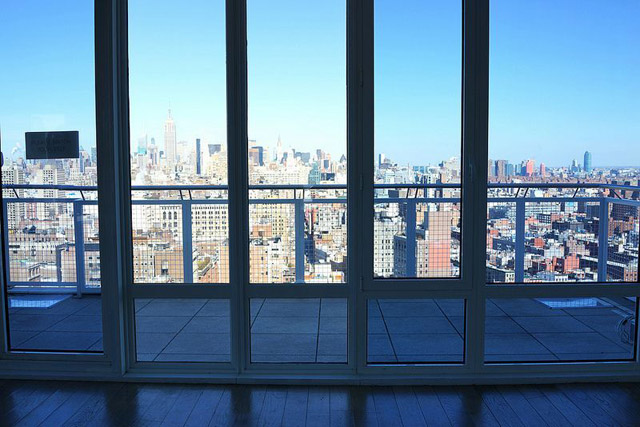 1. Look up next time you walk around the neighborhood. At 28 floors, the Mondrian is the tallest building in Soho. They managed to get past certain building codes/laws during construction and the result is a penthouse space with stunning wraparound 360 views of NYC (look and count, you can spot every bridge from the island). 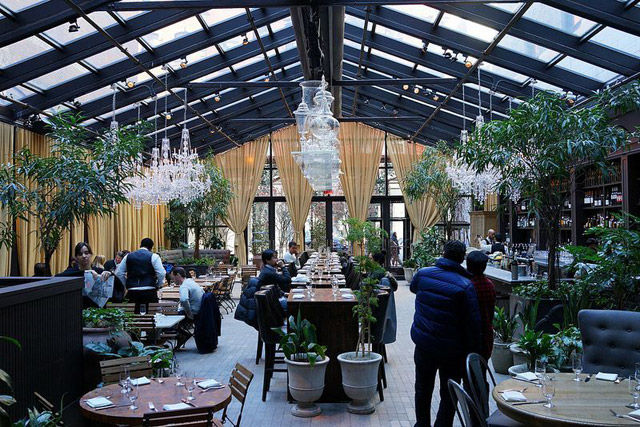 2. At Isola, the in-hotel restaurant, the best dessert is the off-menu "secret" chocolate chip cookies. They come three to an order, wicked and warm with pockets of melting chocolate, straight from the oven with two glasses of cold (whole) milk. The cookies were previously exclusive to the room service menu, but are now available to everyone dining at Isola. 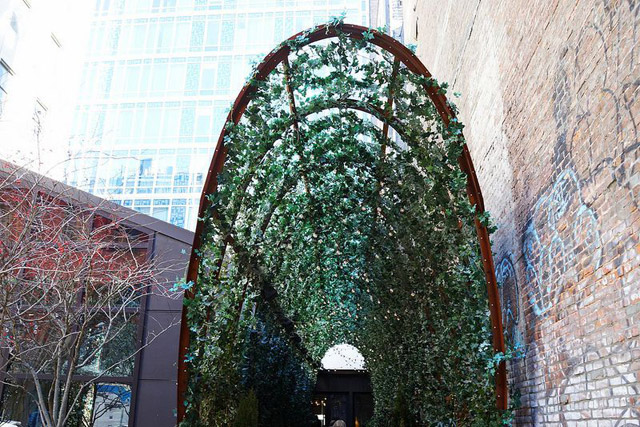 3. The hotel entrance was specifically designed to have a "decompression chamber" (that's the actual term) to welcome visitors into the Mondrian. That's the long ivy-laced glass tunnel (sometimes also called the tunnel of love) which leads to the front door. The walk is meant to whisk guests away from the city rush and into the hotel/a hidden nook, with little teasers along the way. The ivy conceals just enough to allow glimpses of bits and pieces of the hotel. 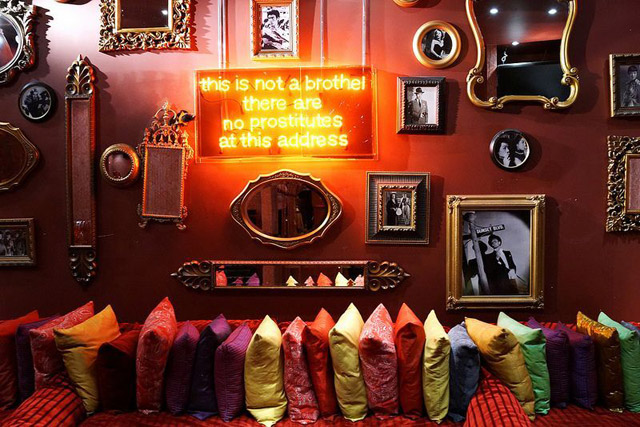 4. Mister H is the Mondrian's nightclub/bar and it's tucked in the very back/the Chinatown side of the hotel. The entrance is on Lafayette and the interior is straight from another world, evoking something of a cross between old Chinatown and an opium den. It's mostly beer and shots but the cocktail menu features a great selection of tea-infused drinks. Think jasmine and vodka, chamomile and gin. 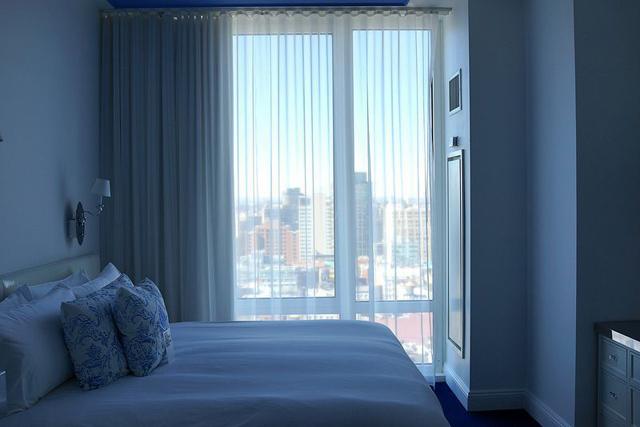 5. That soothing shade of blue showcased everywhere from the hotel furniture to the walls and bedrooms? It's called French Blue and was taken directly from Jean Coucteau's 1964 French production of La Belle et la Bête. It was specifically selected to induce an inviting, enchanting vibe. And after all, who doesn't like blue?

The Mondrian Soho has a number of specials, including a "Spring to Life" offer that has a complimentary room upgrade, complimentary continental breakfast for two daily and wireless access daily.

Kathy YL Chan has her mind on three things: hotels, afternoon tea, and dessert. Born and raised in Hawaii, Kathy is a food/travel writer based in NYC. She chronicles her adventures at Kathy YL Chan. You can also find her on Twitter and Instagram.

#5 things to know
#gothamist getaways
#mondrian soho
#nyc hotels
#travel
Do you know the scoop? Comment below or Send us a Tip