5 Reasons You Should Actually Spend A Weekend In D.C. 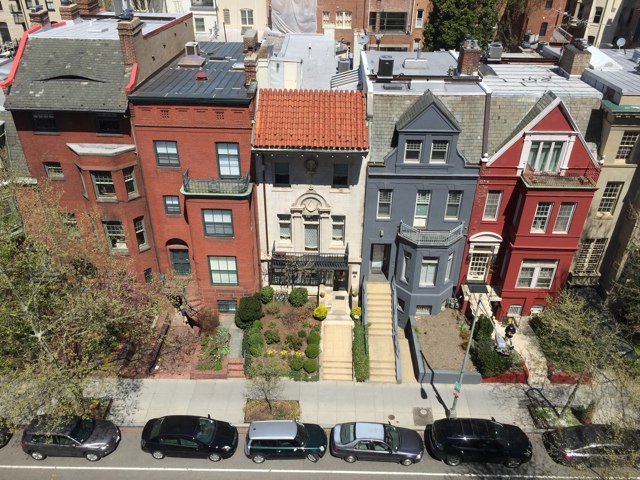 Cherry blossoms have withered, Nerd Prom laughter has faded, and if you think taking a photo pinching the Washington Monument from afar is original, then I’ve got some bad news for you: it’s been done. But there are still plenty of reasons to check out Washington, D.C. for a weekend this summer, especially if, like me, you’ve spent years in New York and haven’t visited once, not even for barbecue during your peak House of Cards obsession. After surveying a few friends, it seems shunning the capital isn’t abnormal.

But this year there’s legitimately a lot going on (including, for those morbid types, the 150th anniversary of Lincoln’s assassination)—or at least enough for Lonely Planet to name D.C. 2015’s top city to visit in the world. I dropped by recently—it was a sub-four hour, $86 train ticket away—and here’s my short list. 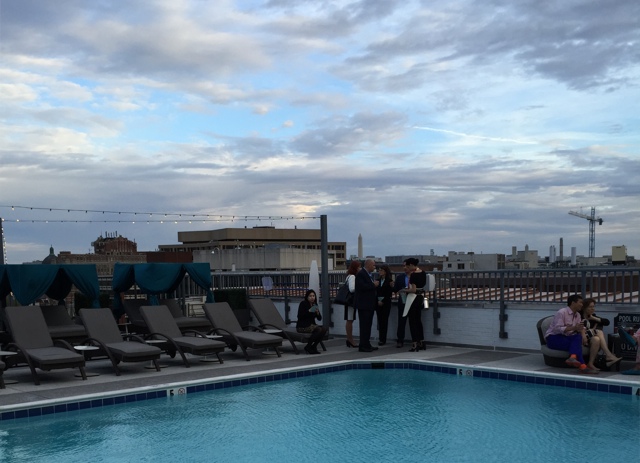 There’s Actually a Killer Rooftop Bar
Code red: D.C. has a rooftop bar. I repeat, D.C. has a rooftop bar. With views of D.C. and Virginia, the precisely named The Rooftop at the newly renovated Embassy Row Hotel in Dupont Circle [where, full disclosure: I was invited on a press trip with other travel writers with no promise of coverage] is one the most popular places in the city — and it’s not even open yet. (Blame the dearth of rooftop anything over there.) The space will be unveiled May 24; D.C. residents looking to tan can become season members (unlimited access plus one free guest per visit), but for out-of-towners looking to grab a drink, admittance after 5 p.m. is free.

Tasty Drunk Food With a Twist
After you’ve drunk the bar dry or gone for a dip, head downstairs to Station Kitchen & Cocktails, Embassy Row Hotel’s small-plate restaurant, for perfect I-just-drank-rosé-for-hours food: Korean-fried chicken “caveman pops,” meatball Wellington, dessert bacon lollipops and more. The bottled cocktails (yes, that trend has made its way to D.C.), including the Moroccan minty Of All the Gin Joints, will ruin every G&T for the rest of the summer. Or try the Little Green Pill, which tastes like a spiked green juice, for a cute “let’s-pretend-this-is-healthy” alternative. 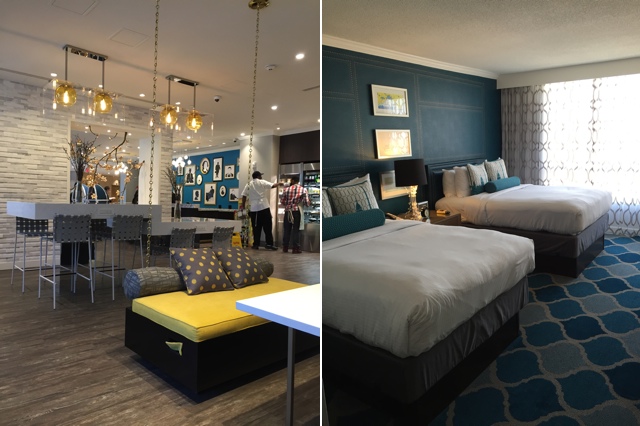 The Embassy Row Hotel's workspace/dining area on the left, a hotel room on the right (Kara Cutruzzula)

When you’re too wiped out to leave, rates at the Embassy Row Hotel start at $179 a night. Plus, in the morning, the lobby becomes a workspace complete with a zillion outlets and free WiFi. Imagine the Ace Hotel, except without a single pair of black skinny jeans in sight.

Oh, All The Art You’ll See
Right around the corner from the Embassy Row Hotel sits the stately Phillips Collection, America’s first museum of modern art, and one that’s easily digestible on a weekend afternoon. (The same can’t be said for New York’s new Whitney behemoth.) Opening May 28 is Intersections@5, an anniversary retrospective of artists who have been featured in the space in the past. 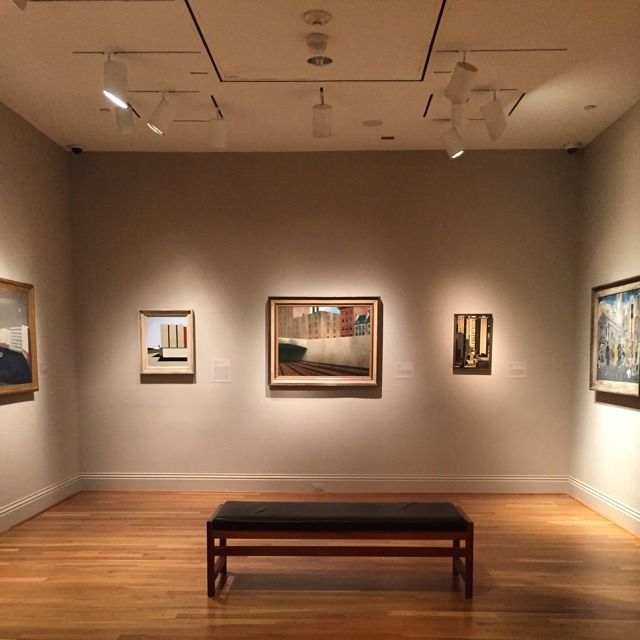 Tackle the collection’s Renoirs, Hoppers and O’Keeffes in a few hours, unless you want to spend an entire day on the lone bench in the Rothko Room, in which case, have at it. When you’re hangry, head to museum cafe Tryst for an espresso and a “traditional, New York-style hand-rolled” bagel from buzzy, D.C.-based Bullfrog Bagels.

You Can Eat (and Eat and Eat) Local
Speaking of gorging yourself on local treats, while I was in D.C. there was a tasting tour at Union Kitchen, an incredible small-business success story. The food incubator founded in a massive warehouse provides commercial kitchen space and consulting services to its entrepreneurial members, most of whom came out to pitch their wares to wholesalers in a quarterly event. 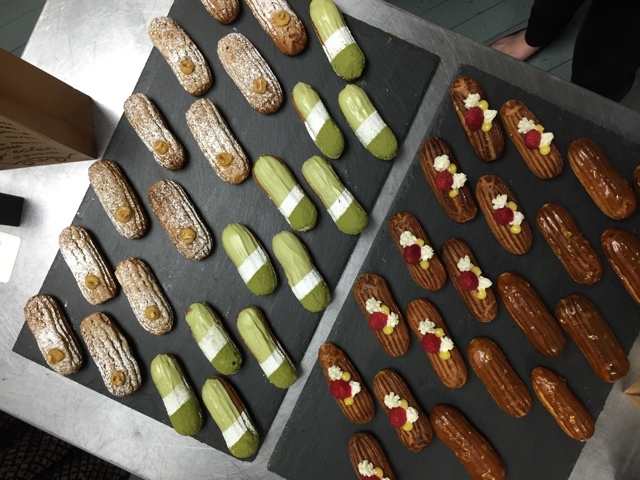 Some of the highlights: Slender Seven, healthy cookie dough made of organic garbanzo and black beans (!!!), and g’eclair featuring yuzu and green tea-accented eclairs. Without Union Kitchen, it’s easy to assume founders of the nearly 60 food startups wouldn’t have expanded their businesses beyond hopeful to-do list notes that said: “Start food biz?!”

It’s Home to Underground Artists
Well, sort of. Less than a mile from the White House is a 75,000-square-foot subterranean space, formerly the Dupont Circle trolley station and known today as Dupont Underground. Abandoned from the ‘70s to the ‘90s—save for a failed food court in its west wing—the space and its above-ground entrances were all but forgotten. “Most people learned to tune it out visually when they walk down the street,” says Braulio Agnese, the organizations’s managing director, who’s planning to activate the space over the next five years in collaboration with a group including architect Julian Hunt. 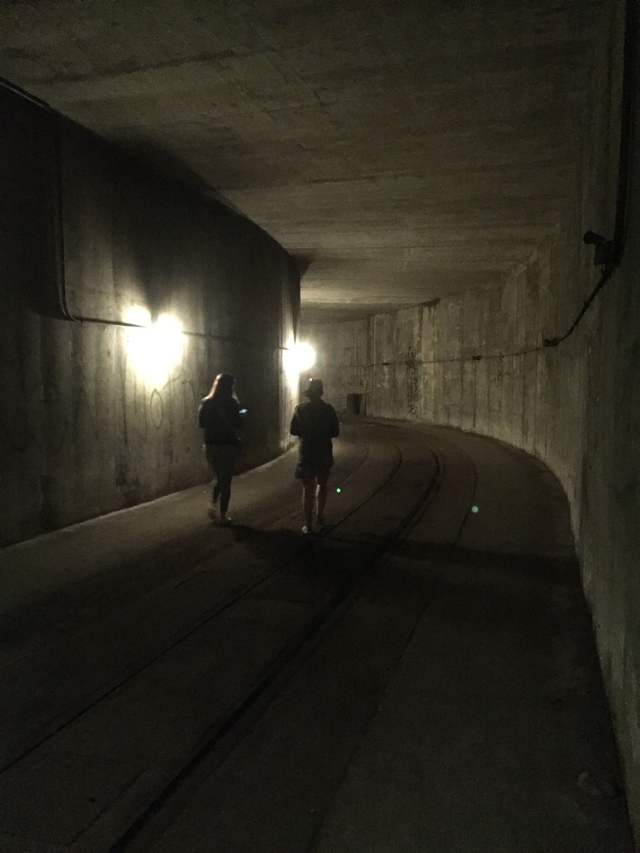 Their idea? To transform the huge, resonant station into a revolving hotbed of art exhibitions, installations, live theater, bands (no EDM, please), pop-up dining, and film and TV shoots, inspired by Dusseldorf’s Kunst im Tunnel and London’s now-closed Old Vic tunnels. Even though there’s not much to see yet, save for leftover graffiti, they’re hoping to open a limited portion of the space in July, and Dupont Underground’s bubbling ambition is symbolic of a lot of promise for D.C. culture in the coming years. Plus, just imagine what kind of trouble Frank Underwood could get into underground.

#gothamist getaways
#washington D.C.
#original
Do you know the scoop? Comment below or Send us a Tip