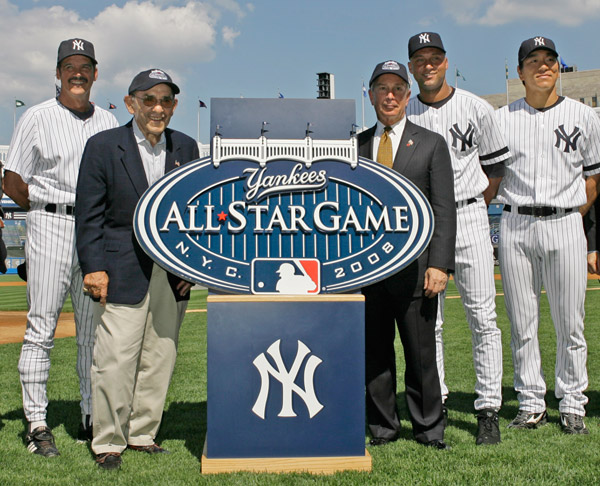 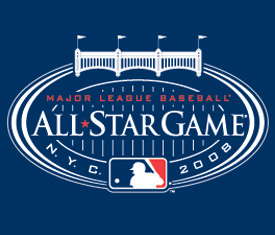 Yesterday at Yankee Stadium, Major League Baseball unveiled the logo for its 2008 All-Star Game. Mayor Bloomberg was on hand to unveil the logo along with baseball officials, former Yankee players (including Yankees legend Yogi Berra) and current Yankees Derek Jeter and Hideki Matsui. The 2008 Midsummer Classic will take place on Tuesday, July 15. The logo, pictured at right, features the historic facade of Yankee Stadium, which will be in its final season, along with the classic pinstripes of Yankee uniforms.

We're going to be swinging for the fences for the 2008 All-Star Game. That will include an unstoppable lineup of All-Star events and promotions. They'll touch the bases with every part of our city and create a memorable few days for thousands of people who will come to New York City for the game, as well as hundreds of millions of people watching the game around the world.

That's quite a pitch that the Boston-born Bloomberg presents.

Mayor Bloomberg estimates the city will generate an $150 million by hosting the All-Star game. The 2008 game will be the stadium's fourth game as host and the city's first time since hosting the 1977 All-Star Game at Yankee Stadium. It certainly won't take New York City another 20+ years to host its next All-Star game as two new stadiums are scheduled to open in 2009.

What do all you graphic designers out there think of the logo?